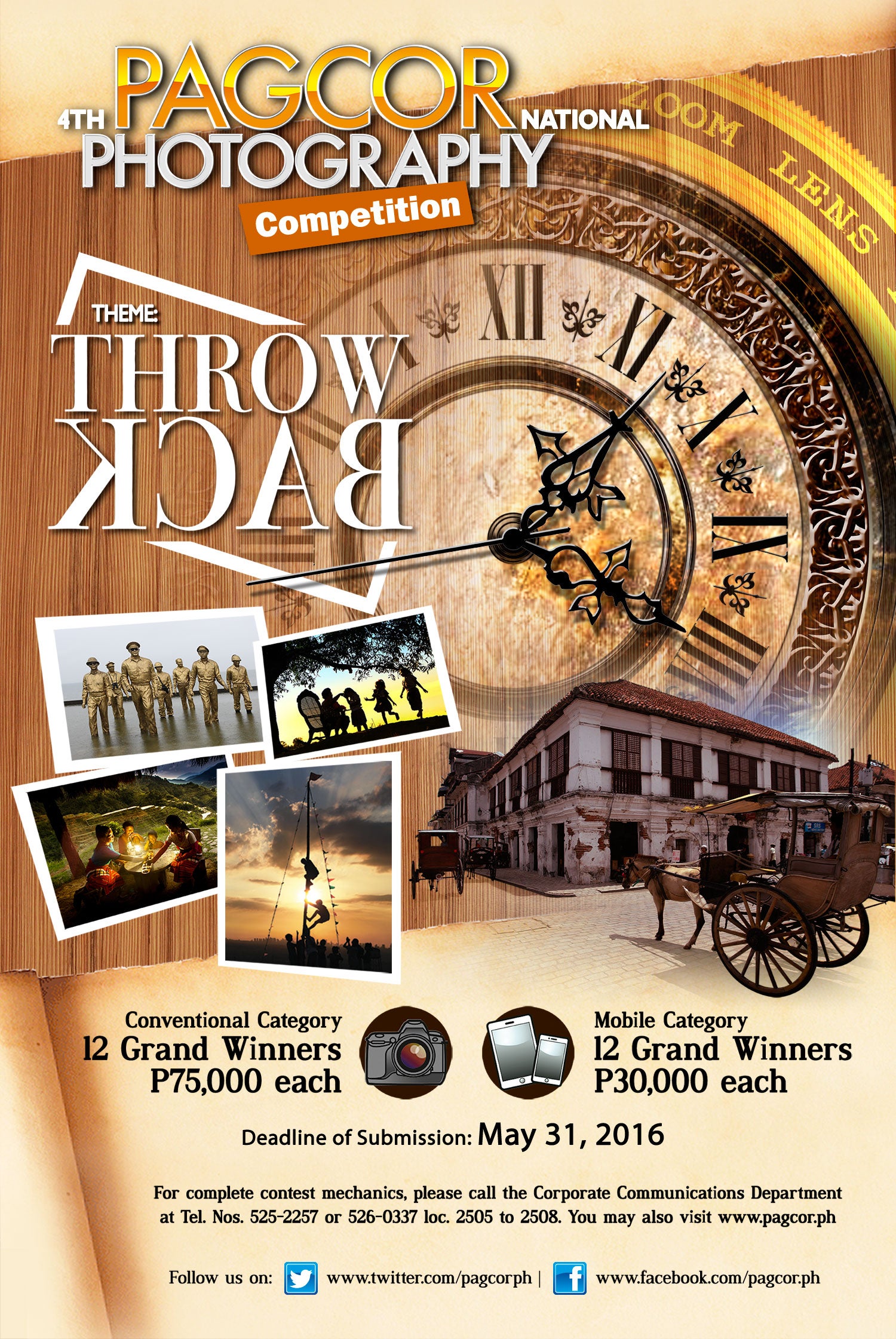 Pagcor photo contest goes back in time with ‘throwback’ theme 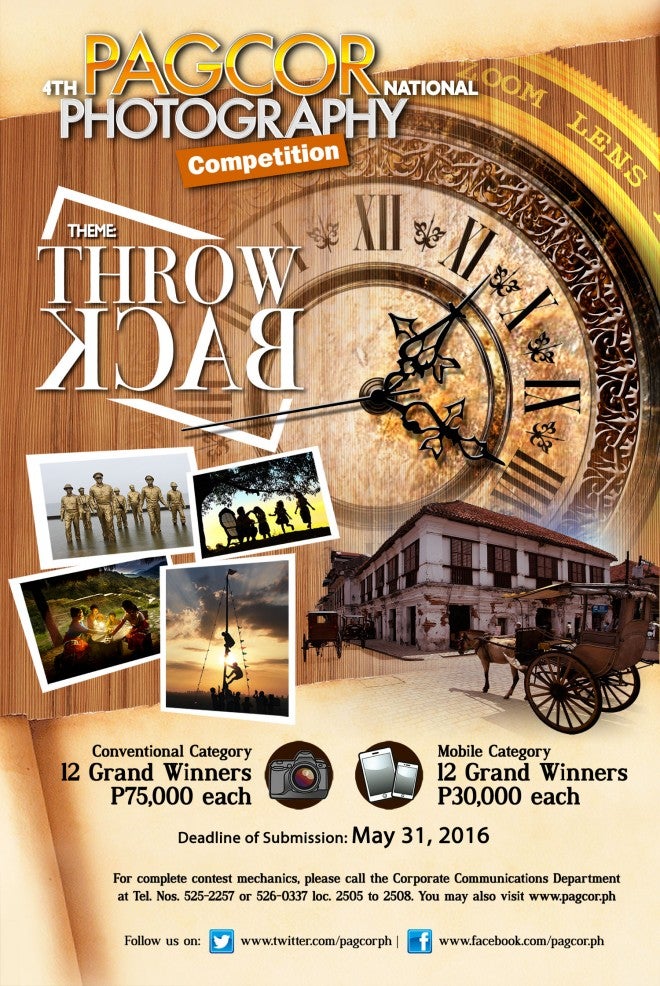 It will be a “throwback” theme for this year’s photo contests of the Philippine Amusement and Gaming Corporation (Pagcor), an official announced on Thursday.

Bautista said Pagcor’s themes for its photo contests have always been consistent with the corporation’s mandate to help promote tourism and local culture.

“This year, we will be looking for photos that evoke memories from our country’s cultural past. These may include practices that were handed down from one generation to the next, historical sites, traditional dishes or anything that shows the Philippines’ glorious past,” she said in a statement.

Since 2013, she said, Pagcor has been successfully staging its annual photo contests to give both amateur and professional photographers a chance to become local tourism ambassadors.

“In the previous photo contests, we accepted thousands of entries from all over the Philippines. Even some overseas Filipino workers who were on vacation in the country joined the contests. Some expats residing in the Philippines also joined the competition. One of them was a 79-year-old foreigner living in Quezon City,” she said.

Bautista said the 4th Pagcor Photography Competition has two categories: the Conventional Category (for images taken using any type of traditional and compact camera) and the Mobile Category (for photos taken using devices like mobile/cellular phones, tablets and the like).

Entries, she said, must strictly adhere to the competition’s theme.

“Photos to be submitted may be taken anywhere in the Philippines. Each participant can only submit a maximum of two photo entries. It may be one entry for each category or 2 entries for just one category,” she said.

Bautista said all Filipino nationals 18 years old, as of January 1, 2016, and above may join the photo contest. Foreign nationals, she said, may also participate provided that they present a valid passport and Philippine address where they stay during the contest period.

“Big cash prizes await contest winners. The 12 grand winners for the conventional category will each receive P75,000 plus trophy, while the mobile category winners will get P30,000 each plus trophy,” she said.

Pagcor said the deadline of submission of entries will be on May 31, 2016.