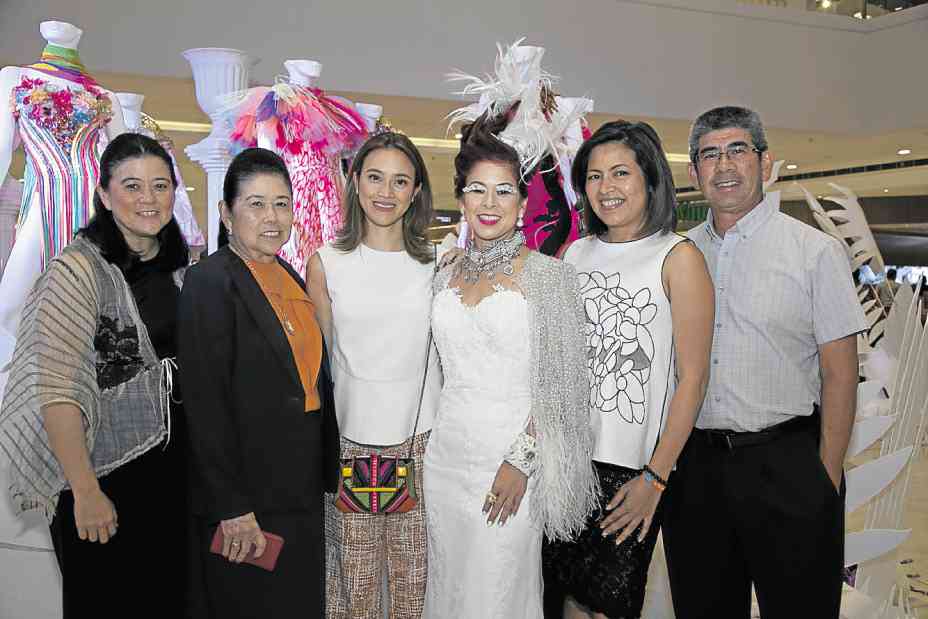 Style and fashion icon Tessa Prieto-Valdes gives a sneak peek into her elaborate closet in “Wildflower: A Fashion Retrospective,” an exhibit that opened March 8 at the SM Mega Fashion Hall.

Created in line with SM Supermall’s 30th anniversary and in light of Women’s Month, the exhibit presents to the public some of Tessa’s favorite clothes made for her by some of the country’s top fashion designers.

Thirty dresses have been chosen from Tessa’s huge collection, including romantic creations of Maureen Disini, Dennis Lustico and Cherry Veric which feature lace and dainty prints.

Others gowns by Eric Pineda, Michael Cinco and Ronald Enrico present a mishmash of unusual textures and cuts.

Creations from internationally established designers such as Josie Natori and Francis Libiran are also on display.

To say that all of these dresses are purely about Tessa’s personality would be missing the point, however. Given the range of designers, the collection shows off their individual skills.

“I let their imagination go wild,” she noted. “I leave it to them because I know that sometimes they can get very jaded when designing the same thing, so whenever they design for me they get excited because they can execute [something different] or do a rendition of something they’ve never done.”

Designer Gian Romano, whose pristine white suite for Tessa was included in the exhibit, said working with her was fun.

“[Working with her] is all about going beyond what you can normally do. I am a very restrained designer, I go for streamlined designs and basic colors, but working with her, you really want to try a different thought process to how you can design things,” he said. “I really want to be a dream client to the designers, I don’t want them to hold back.”

Tessa is not just another well-dressed figure at any party or occasion; she’s both the blank canvas where designers can showcase their talent and the personality that brings that creation to life.