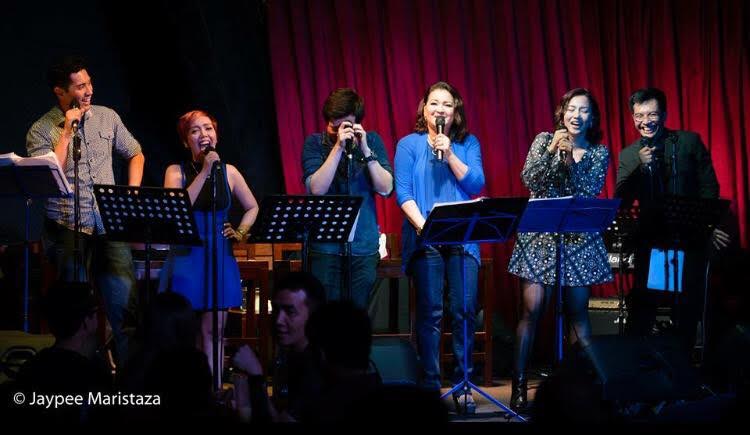 It was nearly midnight by the time the latest One Night Stand cabaret—“Dear Walt,” featuring the songs of those beloved Disney movies—wrapped up. By then, most of our throats were parched from cheering and screaming, a motley crew of kids-at-heart exhausted for all the happy reasons after a helluva party.

For those of us who either spent our childhoods or came of age during the so-called Disney Renaissance, an era best defined as “The Little Mermaid” to “Tarzan,” “Dear Walt” was an enchanting night of nostalgia, of reliving the songs that, once upon a time, taught us hope, love, humanity, the world.

Next to the “Rent” original Manila cast reunion concert last December, this edition of the cabaret undoubtedly had the most devoted, if not rabid, fans, who greeted every song, every unmistakable opening chord, with roars of joy.

The moment Pinky Marquez belted out the Zulu opening chant of “Circle of Life,” we were hooked. And with every iconic song, the signature moving image flashed in our mind’s eye: Ariel, wistful, sun-drenched on the ocean floor (“Part of Your World,” from “The Little Mermaid”); Simba and Nala, appearing and disappearing in the mist and waterfalls (“Can You Feel the Love Tonight,” from “The Lion King”); Mulan’s face, half-white, a portrait of sadness (“Reflection,” from “Mulan”).

If this evening was, to borrow the oft-quoted lyric, “shining, shimmering, splendid,” it was all thanks to its cast of first-rate vocalists composed of Marquez, Reb Atadero, Kakai Bautista, Micaela Pineda and former Disneyland performers Noel Rayos and Gian Magdangal.

The director was One Night Stand cofounder Joaquin Valdes, while Ceejay Javier played the keys.

Almost two weeks since, the memories refused to lose form and clarity: Bautista leaving the audience in stitches with a long-winded account of her “rise to stardom,” of her early days as Lea Salonga’s wardrobe assistant (“Naghubad siya sa harap ko”), and then blasting the roof off of 12 Monkeys Music Hall and Pub with her take on “Let It Go” that made the “Frozen” anthem seem as easy as a nursery rhyme.

Or Marquez intelligently digging into a pair of contrasting numbers—“Colors of the Wind” from “Pocahontas” and “Poor Unfortunate Souls” from “The Little Mermaid”—as only a true-blue tita of the theater could.

Pineda, Magdangal and Atadero capped off Act I with the night’s most inspired medley, starting out with Pineda’s spirited “Just Around the Riverbend” (“Pocahontas”), followed by Magdangal’s “Go the Distance” (“Hercules”), and finally, Atadero joining in with “Out There” (“The Hunchback of Notre Dame”) for a thunderous three-part harmony.

Speaking of which, if there’s a takeaway message from this cabaret, it’s that Atadero could pass for a walking Disneyland attraction; he was its MVP and runaway star.

To once more borrow from “Aladdin,” Atadero was the embodiment of the evening’s “soaring, tumbling, freewheeling” spirit—whether he was gender-bending as the sassy Black Greek chorus of muses in “I Won’t Say I’m in Love” (“Hercules”); doing backup vocals as the school of fish in “Kiss the Girl” (“A Little Mermaid”); or stepping to the foreground with a ravishing, stripped-down rendition of “A Change in Me” (from the stage version of “Beauty and the Beast”).

One cheered for this generous cast as they took their final bows, but cheered even louder for this wonder of a man. And as midnight chimed, one couldn’t help but cast that singular wish: May Atadero finally get his solo concert, and get it soon.