Twitter, JaDine in a play by The Bard | Inquirer Lifestyle 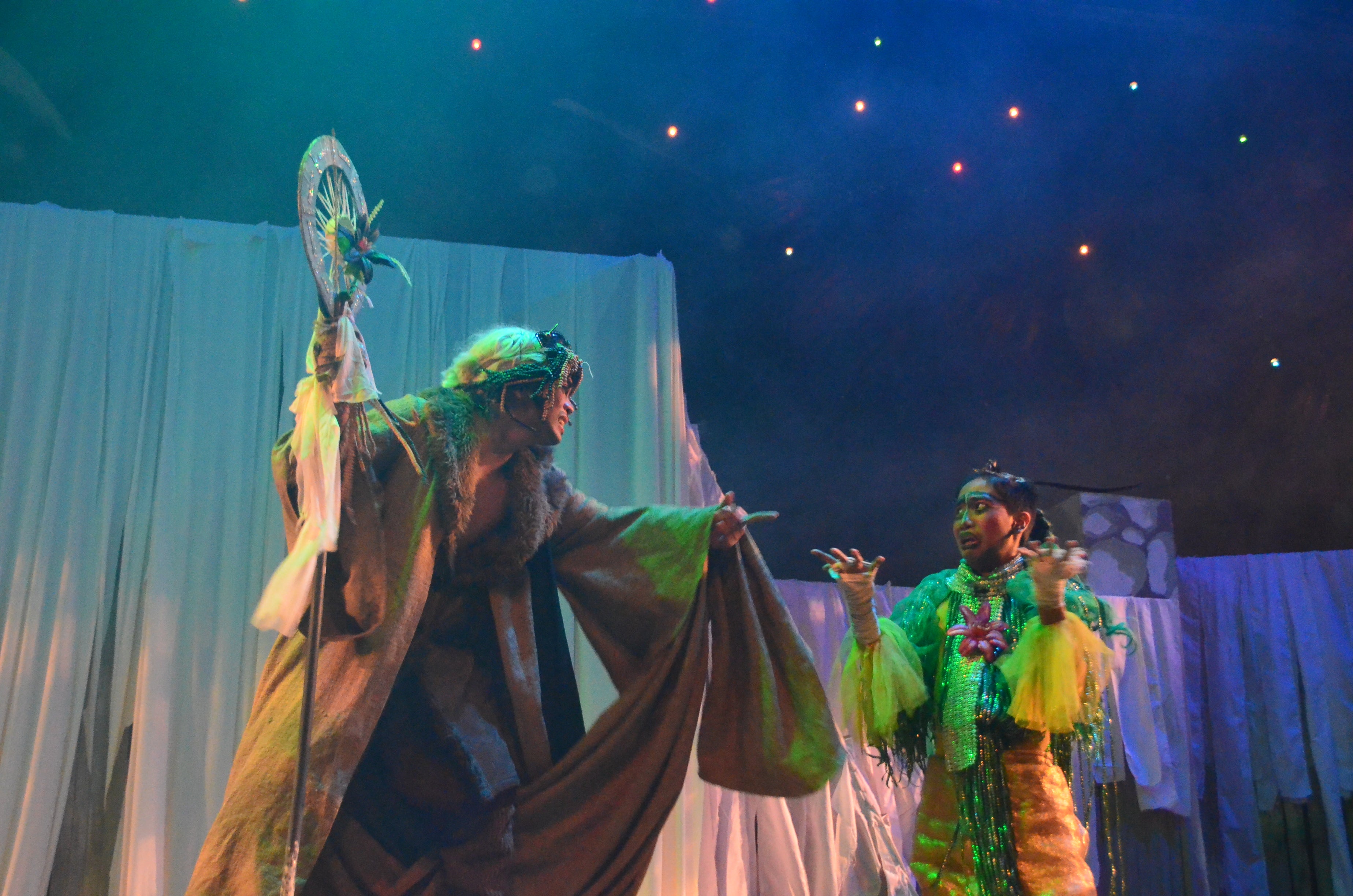 A SCENE of King Oberon PHOTO BY JAMES SOMBILON

“Originality is worth the risk of failure,” declared members of the University of Makati (UMak) theater community, who aim to come up with plays that not only boast excellent productions and performances but faithful reflections of their vision and values.

UMak’s Collective Arts of Students and Thespians (CAST) did just that in its recent production, a modern retelling of the Shakespeare classic, “A Midsummer Night’s Dream.”

“A Midsummer Night’s Dream” touches on the darker side of love and the blurring of lines between fantasy and reality.

But these themes, particularly that of fantasy, were difficult to depict in an auditorium, perhaps because we’re used to seeing everything on a screen these days, in a dimension disjointed from us.

To mix fiction and truth in an ideal setting, both production and performers had to be very convincing. Through original modes of storytelling and stagecraft, CAST successfully accomplished the task.

Admittedly, the mood and atmosphere of the play took some getting used to, as Shakespeare’s work was far-removed from the present situation.

But the audience kept an open mind, reacting in awe during the opening sequence, a shocking combination of lights, theatrical smoke and fog, and whimsical performances.

Throughout the play, characters from that first sequence—fairies, spirits, mythical queens and kings—pulled us along as they meddled in human affairs, appearing to be fully aware of current events despite their seemingly drug-induced state.

Suddenly, we realized that these creatures are escapists, no different from the audience, and they became the perfect vehicles for us to appreciate the play.

Modern and cultural references, delivered like private jokes with a wink and a nudge to the audience, as if to include them in the story, also helped create a sense of familiarity.

There were also serious discussions, such as the country’s political milieu, to show the dark side of the present.

The set and costume designers deserved commendation. The set was built with multiple levels, and utilized in a way that each scene truly felt as though it was taking place in a different environment, despite minimal changes in props or backdrops.

A clever move of CAST’s was to use other actors as set pieces, so that the surroundings appeared different despite not having changed at all, and the actors had more room for movement and greater use of the stage.

Meanwhile, the costumes looked extreme. While the human characters dressed in ordinary clothing fit for the setting, the mythical creatures were adorned in dazzling gold and vibrant green.

What was especially notable about the outlandish attire was that it did not highlight beauty; instead it emphasized the unnatural, inciting a sense of fear of the ethereal.

But the exemplary performance of everyone in the cast spelled the difference. The actors had such amazing chemistry and sincerity, so much so that the lovers appeared to be truly in love, and the ensemble scenes seemed like they were acted out by a real-life barkada.

What tied the play together was the feeling of oneness and coherence displayed by each actor.

Adapting “A Midsummer Night’s Dream” was a huge leap for CAST; melding the fantasy theme into a contemporary context was a challenge.

But it paid off. Hopefully, this would pave the way for more productions sooner than later.