Art in the Park celebrates the perfect 10 | Inquirer Lifestyle 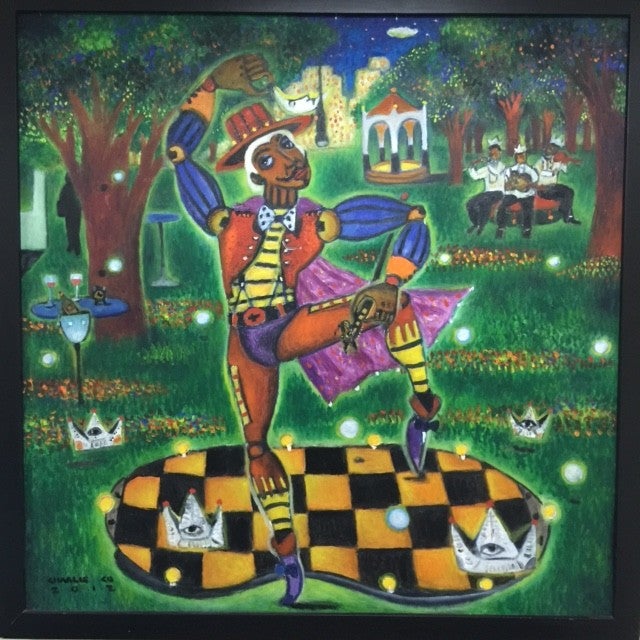 Art in the Park celebrates the perfect 10

Ten years running and showing no signs of slowing, Art in the Park’s latest edition is slated for Sunday, April 3, from 10 a.m. to 10 p.m., in Jaime Velasquez Park, Salcedo Village, Makati.

Art in the Park had its beginnings in 2006 with twelve art galleries housed in a handful of tents in the sprawl of Jaime Velasquez Park.

Initially occupying only a section of the park, the fair has as well expanded into the adjacent parking lot to accommodate not only the increase in number of participants, but also the swelling number of visitors who yearly troop to the park for this eagerly awaited art event.

From its small beginnings, then, Art in the Park has steadily flourished, and will be marking its tenth anniversary this year.

To celebrate this feat, Art in the Park will be reproducing signed limited edition prints from the ten artists whose striking artworks have adorned the fair’s postcard invitations over the years, beautiful collectibles in themselves.

The list, which reads like a veritable Who’s Who of some of the art world’s most prominent artists, includes: Charlie Co, Joy Mallari, Jomike Tejido, Pete Jimenez, Rodel Tapaya, and Marina Cruz.

Additionally, there will be a special exhibit of wax sculptures by celebrated sculptor Daniel dela Cruz. His work, four feet tall, depict standing male figures, your everyday Joes, some holding metal umbrellas. These figures are intended to be set alight like slow-burning candles, to gradually melt away throughout the day.

As in years past, Art in the Park will be offering a wide-ranging selection of works, from paintings to photographs, sculpture to pottery, all at P40,000 or below.

Surely, there will be a piece or two from the fair’s rich cache that will speak to art lovers and enthusiasts, whatever their taste or inclination, and that will be kind to their pockets as well.

Visitors to fairs past also know to expect an assortment of delectable food and refreshing drinks, with the dozen or so concessionaires joined this year by 8 Cuts Burgers and Ñ y Patricia, headed by Noel dela Rama, a visiting chef from New York.

With the soothing strains of jazz music from Soulful Mood during the day and the spirited playing of The Brat Pack in the evening, Art in the Park promises once again to be the casual, relaxed, and pleasurable event it was always meant to be.

Ten years ago, Art in the Park was conceived to present art in a casual, relaxed and approachable setting.

Ten years later, judging by the crowds of people in the thousands who have over the years flocked to the fair, the buzz of excitement so palpable in the air, it can certainly be said of Art in the Park: “mission accomplished.”