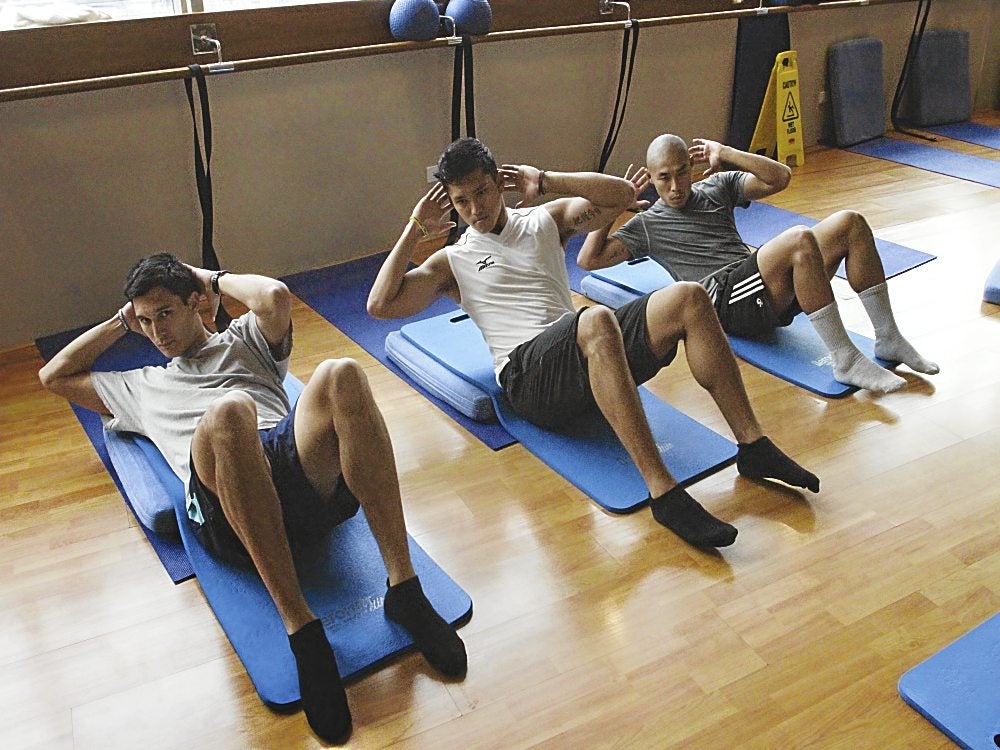 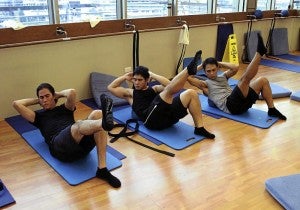 Barely midway into the workout, the young men—both pros and weekend athletes—sweat profusely as they clutch the ballet barre. Standing with their heels lifted and squeezing a ball between their knees, they pump and pulse incessantly.

Meanwhile, the young instructor turns up the house music and excitedly motivates the class.  Between sets, their faces show relief as they lengthen their muscles to prevent injuries before they move on to the next set of non-stop, muscle-quivering exercises.

More guys are taking to Plana Forma, the local version of Physique 57, an intense workout based on the physical rehabilitation program of the late dancer Lotte Berk, which combines core exercises, barre work, yoga, and light weight resistance with 2-lb dumbbells, a therapeutic band, and an exercise ball.

Guys are now seeing the value of stretching and toning with body weight resistance, with workouts that have been women’s turf for years.

Unlike the traditional pumping iron regimen, exercise-studio routines sculpt the body into an elongated physique much  like the body of a dancer or swimmer.

At Plana Forma, the guys said they’ve reaped their own benefits such as taut abs, a leaner upper body, and improvement in athletic performance. 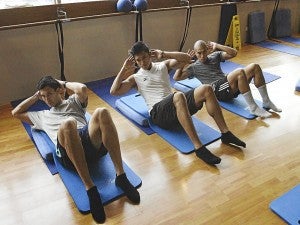 The Azkals have been taking it for cross-training. Lexton Moy said it helped him become more conscious of muscle placement and alignment. “It’s excellent for body awareness. It’s good to work on our flexibility and our core because we get a wide range of exercise moves that we are not used to otherwise. It’s  injury prevention for my knees, joints, and ankles and hips.”

Teammate Jason Sabio added, “You always want to do something outside of your normal routine. It makes you stronger because it identifies your weaknesses. Plana Forma overloads your muscles in a short period. It builds up your endurance. As footballers we run a lot, and we could go longer.”

Nate Burkey said with improved flexibility, he could move faster. “I thought it would be interesting to try something new. I like working out different muscles you don’t typically work out as you train for football.”

College student Paolo Gonzales has been coming to Plana Farma  since it opened last January. The 55-minute workout packs in everything. The quick succession of exercises pumps up the heart rate and engages the core muscles, while working out other muscle groups builds strength. 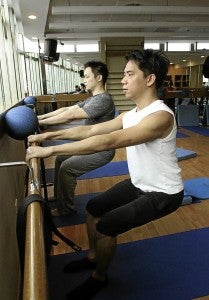 “I don’t have to go to the gym anymore. This is my maintenance. I can eat pretty much what I want just as long as I come three times a week. Since, then I haven’t had to add any other workout. I play futsal, frisbee and mixed martial arts. My muscles are more efficient for these sports.”

Pacholo Garcia Morera, senior sales manager and corporate secretary of Espa-Fil Import and Export Corporation, observed that it improved his posture and built his endurance. “I don’t slouch as much. I feel the effects from within. I don’t tire as quickly as before. In golf,  you need to be flexible with the swings. They are more fluid when I play.”

Siggy Manglapus added that Plana Forma made him more agile in basketball and boxing. “I haven’t been getting injuries since I started. It works out the smaller muscles and core, the butt and the legs in different ways you don’t normally get in the gym.”

Pioneer client Frank Briones, a public relations consultant, does Plana Forma to complement his bodybuilding workout. “When you’ve been consistently going to the gym  for over 15 years, at one point, you need to spice up your regimen. Otherwise you hit a plateau. I’m concerned about strengthening the core. I’ve tried other routines, and this works the best.”

Plana Forma instructor and hip-hop artist Eugene “Gino” Ong said it has made him stronger. “When I dance onstage, I’m more balanced. As it makes you more flexible, you can do more things.”

The  instructors are mostly dancers from different genres. Although it’s not a prerequisite, Plana Former director Christina Trillana-Lagdameo pointed out that dancers learn technique quickly, are very musical, and know how to choreograph. 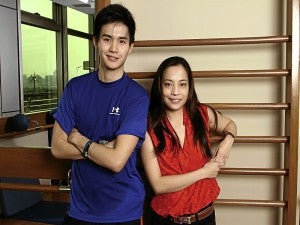 She attributes it to several factors. “Our students claim to see results in a short time. These include weight loss, loss of inches, increased stamina and strength, flexibility, and improved overall well-being. We have received feedback from students that the workout is so addicting, they come back four times a week. The workout is always high energy.”

The classes are very affordable: P650 per class, but there are significant discounts when you purchase class packages.

“Guys who have tried it do not find the workout  ‘girlie.’   Some male students  have lost two or three inches on their waistlines—and this is with minimal dieting. Of course, dieting helps your cause, but with Forma, you really don’t have to starve yourself.”