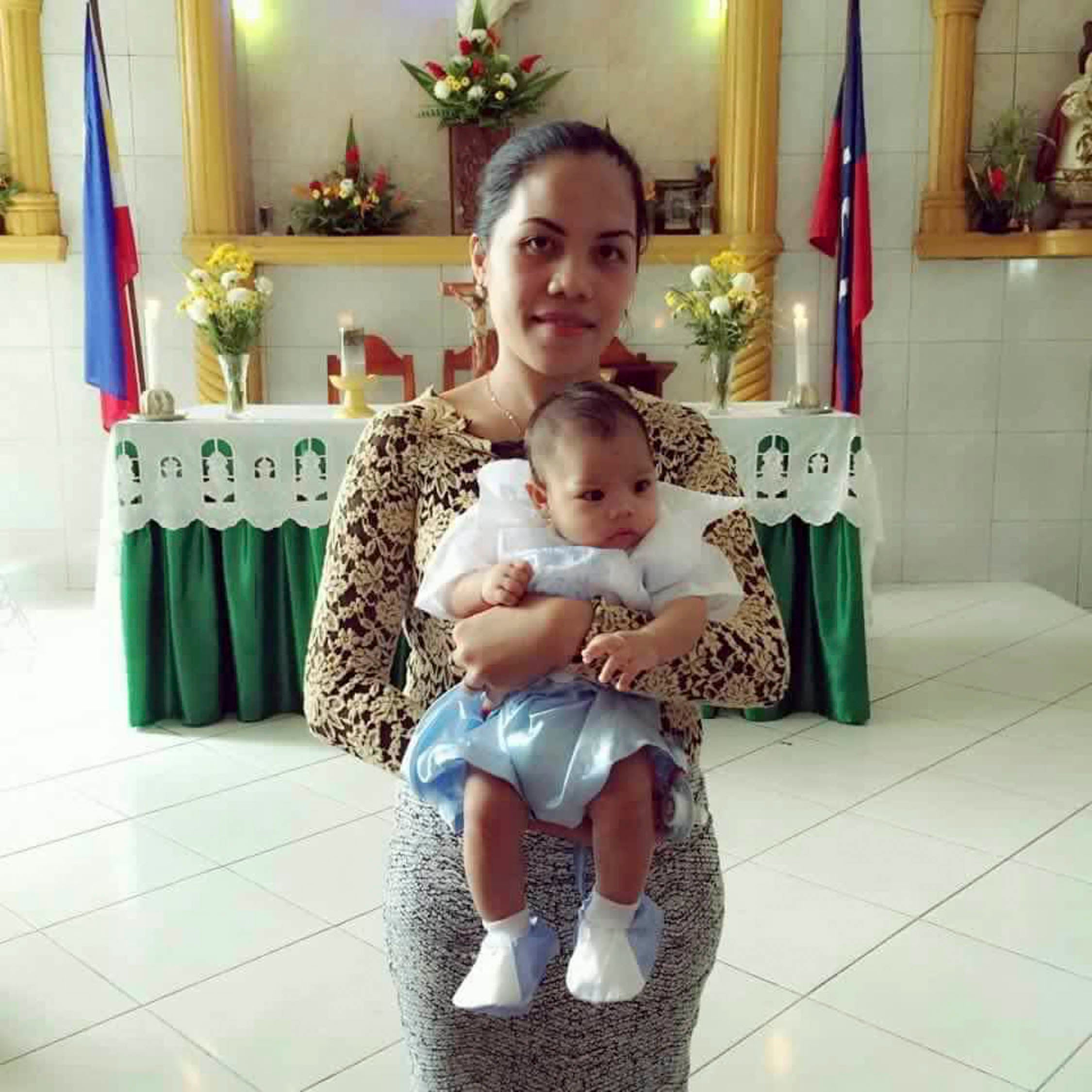 Mother’s worry: Does my baby have Zika?

The head of 7-month-old Yuan Pangilinan is noticeably smaller than those of other babies his age. He cannot see, eat baby food, or roll over.

His mother, Julie Ann Pangilinan, said Yuan was diagnosed with microcephaly in her sixth month of pregnancy.

With the news report that an American woman who visited the Philippines in January had tested positive for the Zika virus, which has been linked to the same anomaly among newborns, Pangilinan cannot help but fear that her youngest son’s condition has something do with the mosquito-borne disease.

“If we will be given a chance to be tested, I’ll go for it because I want to know if it is the Zika virus and I also want to know what is really this condition affecting my baby,” the 28-year-old mother from Pila, Laguna province, told the Inquirer. Her two older daughters are both healthy.

The Department of Health (DOH) said that in the last 10 years, it has recorded 332 cases of microcephaly, a rare neurodevelopmental disorder that occurs while the baby is still in the womb or within the first few years after birth, nationwide but none of them were caused by the Zika virus.

But Dr. Willie Ong, a former consultant to the DOH, on Tuesday challenged the government-run Dr. Jose Fabella Memorial Hospital in Manila, known for its high number of births per day, to release records of microcephaly cases in the past months following information from a “source” that the hospital has monitored a spike of the birth defect in newborns this year.

“My source tells me that she has seen two to three cases of microcephaly per week in a certain ward alone in Fabella. The spike in cases was observed in 2016 alone,” said Ong, who declined to identifie his informant for her security.

“Let us compare the number of cases this year as compared to the same period last year. I suspect we might see an increase in cases,” he said.

In a phone interview, Health Secretary Janette Garin said that on Monday she asked the neonatologist and pediatrician in charge at Fabella to retrieve and review admission documents and other hospital records starting this year after being notified about the alleged increase in microcephaly cases in the hospital.

A review of the records showed that the two cases in January that were initially reported as microcephaly showed that the babies were just small for their gestational age, which made their head appear smaller as well as their body, Garin said.

“But a head ultrasound performed on the babies showed that their brain size was normal,” Garin told the Inquirer.

Of the four alleged microcephaly cases recorded upon admission in February, two were actually macrocephaly, which refers to an overly large head among infants, potentially due to hydrocephalus, she said.

As with the other two cases, the heads appeared initially small physically but ultrasound showed that the brain size was normal, she said. “When the babies’ head seem smaller at first, we consider it outright and examine the brain through ultrasound. All of these patients showed a normal size of the brain.”

Garin, an obstetrician-gynecologist, noted that microcephaly is not just a physical anomaly but is also accompanied by neurological problems, such as seizures, developmental delays and mental retardation.

Aside from the Zika virus, microcephaly is caused by many other factors, including genetics, poor nutrition among mothers, exposure to drugs or alcohol and other viral infections like rubella and chickenpox.

Ledi May Alkuino’s 7-month-old baby, Markheinzy, was also diagnosed with microcephaly two months after his birth in July last year. Alkuino said she took her baby to his pediatrician for a checkup last September because he frequently vomited his milk.

“We did not know that he had this condition until the doctor measured his head and noted that it was peculiarly small by 2 centimeters,” she told the Inquirer.

Like Pangilinan’s son, Alkuino’s baby also cannot sit up and frequently has convulsions.

Alkuino recalled having a fever and sore eyes when she was seven months pregnant with her son. “I had a fever but it went away eventually but the sore eyes took five days to heal,” she said.

The symptoms of Zika virus infection are similar to dengue but milder. The main symptoms are fever, rashes, joint and muscle pains and conjunctivitis or sore eyes.

“I am suspect that what I had when I was pregnant was a Zika virus infection so I really need to be tested [to have answers why my son has microcephaly],” said the 23-year-old mother from Dasmariñas, Cavite province.

Pangilinan, who could not recall getting sick except getting a urinary tract infection during her pregnancy, said verifying if indeed she had Zika virus infection, as well as the other mothers who have babies with microcephaly, would help create awareness among pregnant women of the potential dangers of the disease to their unborn children.

“When people see my baby, they would ask me if we had Zika virus infection. If this is really the cause of it and it can be confirmed, I think we will help raise awareness among others,” she said.

According to health experts, 80 percent of those who get infected by the Zika virus do not have any symptoms at all and patients spontaneously shed off the virus without even knowing that they have been infected.

Health experts say dengue is a more potent disease that requires hospitalization among many patients than Zika virus infection.

But Zika virus infection, they say, poses a serious threat to pregnant women as studies have shown that they can pass on the virus to their unborn child and can cause microcephaly.

In Brazil, where an outbreak of the Zika virus occurred in April 2015, almost 5,000 babies with microcephaly have been recorded. Of those cases, 583 cases were confirmed to have a connection to the virus.

In the Philippines, where dengue is endemic, health officials are rallying the public to maintain cleanliness in their homes and in the community and to destroy all possible breeding sites of the day-biting Aedes aegypti mosquito, also the main vector for the Zika virus.

Garin said one way of preventing an outbreak of the virus and of protecting pregnant women from infection was to eliminate all the places where mosquitoes could lay their eggs.

She strongly advised pregnant women and those planning to get pregnant to take up extreme measures to avoid getting bitten by mosquitoes. TVJ

In the know: Zika virus