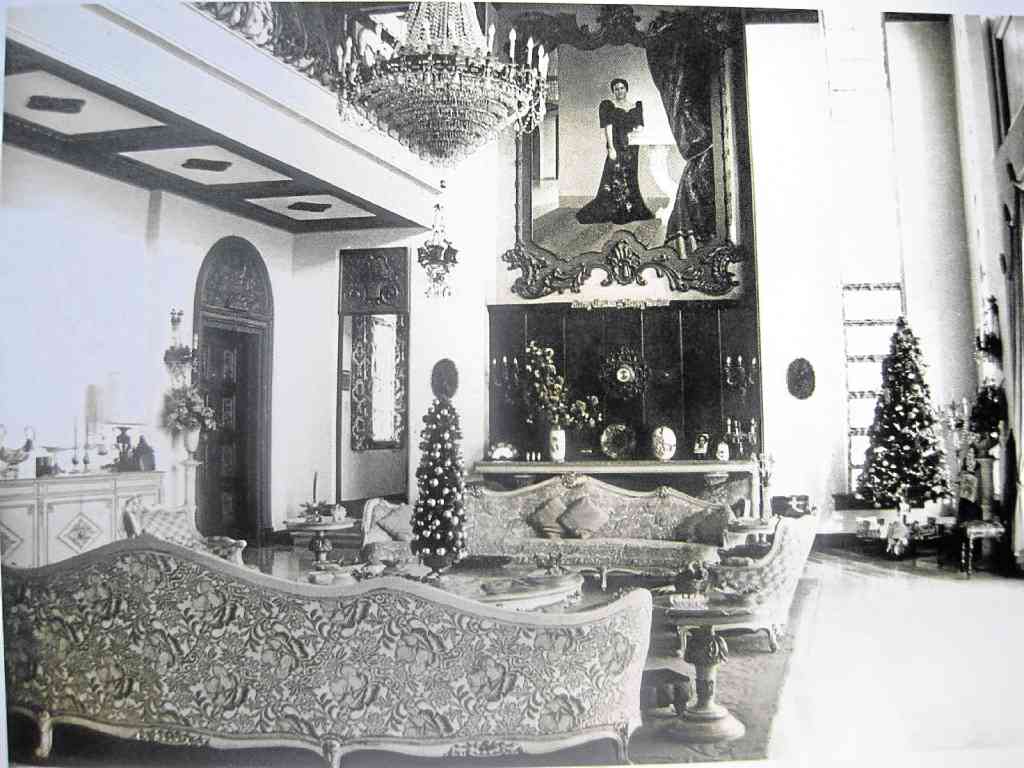 THE GalaMansion was the site of legendary parties, sometimes with a full orchestra playing.

There are buenas familias galore, many of whose faces one sees in the party pages of magazines and newspapers. The Ordoveza family is a good family of achievers, leaders and philanthropists, but rather than see and be seen at socials, the members, particularly those who formed a working committee, poured their time and resources into the publication of “Casa Ordoveza: The Story of an Illustrious Filipino Clan.”

It comes with a family tree booklet and six folded and elaborately lush circles of ancestors, just in case a young member wants to know where his or her place is in a branch of a family that is descended directly from Gat Yantoc, ruler of the pre-Hispanic kingdom of Majayjay in Laguna.

The Ordovezas are lucky to have within their bosom a historian-genealogist, the psychiatrist Luciano P.R. Santiago, who served as principal writer. He has been researching his family’s history since he was 11 years old.

Among many anecdotes uncovered was how sympathetic clan founder, Antonio Yantoc, was to the plight of tulisanes (bandits).

He was an industrialist involved in coconut wine-making. One evening after delivering wine to Pagsanjan, he was waylaid by bandits who demanded the cash he was carrying. However, upon recognizing him, they apologized and let him go.

The next day, Don Antonio magnanimously invited them to a feast in his house. After they had their fill of wine and food, he demanded that the bandits prostrate themselves before him and then gave each a dozen lashes. Santiago wrote of his forebear, “He was indeed a generous and just man.”

‘Lenders with a heart’

Yantoc was observed to be “opposed to colonization” but not to Christianization as shown by the choice of last names such as Manzana (apple) and Pangotangan (money lending, a business they were engaged in, lending even to poor risk investors as long as they had word of honor).

The literal Casa Ordoveza, built in 1744 by Lorenzo Pangotangan, gobernadorcillo of Majayjay, features a keystone over the columned doorway with the Tagalog letter “P” and a heart design to mean that the occupants were “lenders with a heart.”

This house is turning 272 years old this year. It boasts “uninterrupted possession for 11 generations,” a rarity in the Philippines with its predisposition for natural and man-made calamities.

Because the Ordovezas were money lenders and at the height of their prominence were the wealthiest landowners in Laguna and Tayabas (now Quezon), the Spaniards treated them with respect and referred to them as indios cargados con oro (indios loaded with gold).

They were imbued with a social conscience. An example is Bernardo Pangotangan from the seventh generation who denounced the abuses of Spanish superiors like alcalde mayor José Pelaez in the civil and ecclesiastical arms of the government and filed a case of abuse of power. This led to Pelaez’s suspension.

In another case, a Majayjay priest was reported by another clan member for not paying the church choir members. The members resigned, and the congregation was deprived of sacred music.

The women of the family are just as interesting.

Topping the list is Teresita “Tessie” Quintana, the actress who achieved superstar status before “superstar” became a word. She was described as “the Philippines’ most beautiful woman,” starring in blockbuster movies with dashing leading men Armando Goyena, Mario Montenegro, Cesar Ramirez and Manuel Conde.

Her nephew Leandro Quintana reminisced how noble his Tita Tessie was during the hard-up years of World War II. She went right on working and became the breadwinner to keep the family together.

Even as cancer weakened her in her last years, she was a great storyteller who spoke in pure Tagalog.

Before her illness, she adorned the campaign stage of Gil J. Puyat who was running for senator. This was in the days when movie stars did not think of running for public office.

Another grand dame was Avelina “Lola Nena” Ordoveza Eleazar Gala, known as “The Flower of Lucban.” She later built the palatial Gala Mansion in Parañaque.

The house’s size suited the big clan reunions from the ’50s to the ’70s. It was a favorite shooting site for ad campaigns and movies (some starring Susan Roces and Lorna Tolentino). Neil Sedaka and the Pointer Sisters also visited the mansion.

Lola Nena played on a baby grand piano or sometimes had a full orchestra playing at her parties. Her long buffet table could hold sculpted ice carvings while the garden featured a large globe and the flags of the nations of the world. Her roses were flown in from abroad, but would be the object of child’s play by her grandchildren who used the ornamental plants and flowers for their tinda-tindahan (make-believe store).

Juan Ordoveza from the 10th generation must also be credited for being a fastidious photographer and genealogist. As early as 1873, he gathered the family to pose for a three-generation picture. This is considered the oldest photograph in the country.

Every Filipino family, no matter how modest their means, should try to put together picture stories as a legacy to the next generations and to the nation.

The Ordovezas did it by pooling resources, soliciting sponsors and even showing the 25th anniversary performance of “Phantom of the Opera” (filmed at the Royal Theatre in London) at a Makati cinema to raise funds. Regular potluck get-togethers helped bring out hidden family lore.

This legacy project deserves greater circulation so more people can read it, see how it was done for history’s and people’s pride sake.