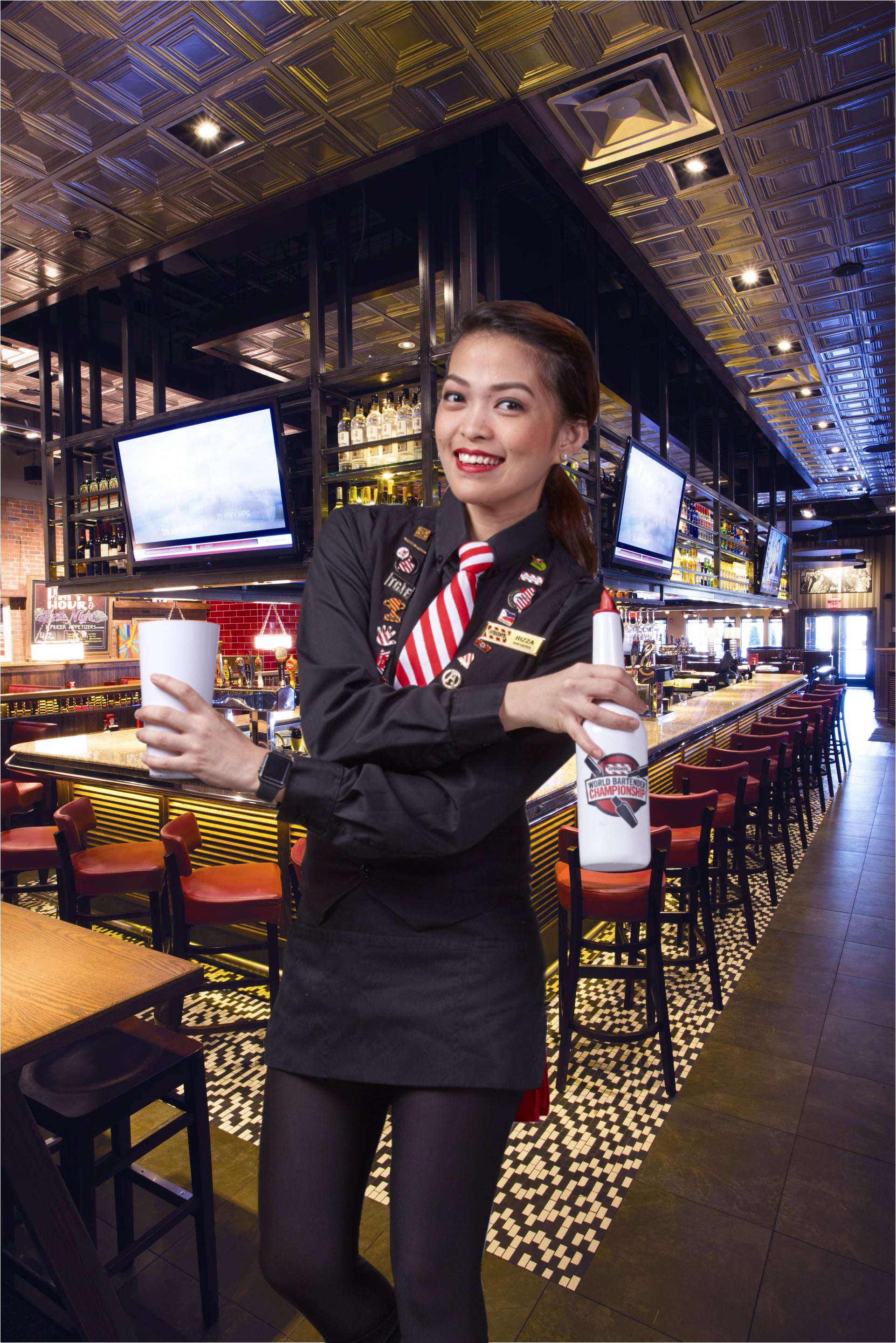 She’s young. She’s pretty. And she definitely has grit! Rizza Umlas of TGIFridays Glorietta just showed the world that Filipinas have what it takes to shine in a male-dominated competition after she was announced grand winner in the recently concluded TGIFriday’s World Bartender Championship held at the House of Blues in Dallas, Texas. 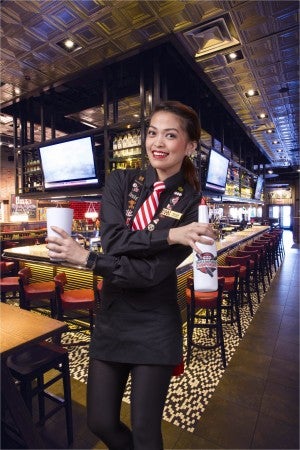 This is the first time in 25 years that the coveted title went to a female bartender who also happens to be the youngest in the competition’s history. At 21, Umlas more than made up for her young age with her accurate pouring skills, guest interaction and engagement, flawless bottle flipping techniques, suave moves, and winning personality that captivated the crowd at the House of Blues. She topped both the Compulsory Round which made up 50% of the total score as well as the Freestyle Round, besting 10 of the best mixers and shakers behind TGIFridays bars from all over the world.

The other winners were Alex Barrenechea from Peru,1st runner-up and Russel Ward from the UK, 2nd runner-up.

“This is such a great honor not just for myself but for TGIFridays Philippines and for the whole country as well. I am so overwhelmed with joy right now especially after what I had to go through to get to this round. It was a really tough competition,” exclaimed a visibly ecstatic Umlas.

The World Bartender Championship represents Fridays’ longstanding heritage, knowledge, expertise and innovation in the beverage industry. It began back in the late 80s and has produced world-class bartenders some of whom hail from the Philippines.

Umlas victory is another highlight of TGIFridays Philippines’ continuous success, having been conferred several citations in Dallas, Texas during the annual Myrna Awards, touted as the Oscars of Fridays. The said award was named after Myrna, who is said to have coached and transformed a losing rowing team into a winning squad thru her perseverance and motivation.

TGIFridays received The International Developer of the Year Award, the highest citation in its category that is given to the company that continues to show great commitment and passion to develop TGIFridays in their location/country. Annually, only one company receives this award. The Bistro Group was given this recognition because it has exceeded its expansion plans after 20 years in the Philippines. In 2015, three branches were opened and one more will be launched before 2nd quarter of 2016.

Another important citation is the True Believer Award which was given to Rey Cezar “Robot” Sarmiento who flew to Dallas,Texas to personally receive the award. He   made TGIFridays Philippines proud being named as the first Filipino to be a accorded such an honor. “True Believer” is an international annual award in recognition of the people behind TGIFridays across the globe who believe and uphold the brand credo through their track record of service among their co-workers and guests.

Moreover, in the recent Global Leadership Conference in NYC, The Bistro Group Chairman William Stelton was given The Eagle Award, the most prestigious in its category. Amy O. Palisoc, VP for Business Development, meanwhile, received The Bulldog Award for tenacity and perseverance in the brand’s expansion.

“Once again, we’ve proven that the Philippines is home to the some of the world’s best. Its accomplishments like these which motivate us to find ways to get better at what we do – whether it’s providing world-class dining experience to the public or producing world-class bartenders,” said Jean Paul Manuud, COO of The Bistro Group.