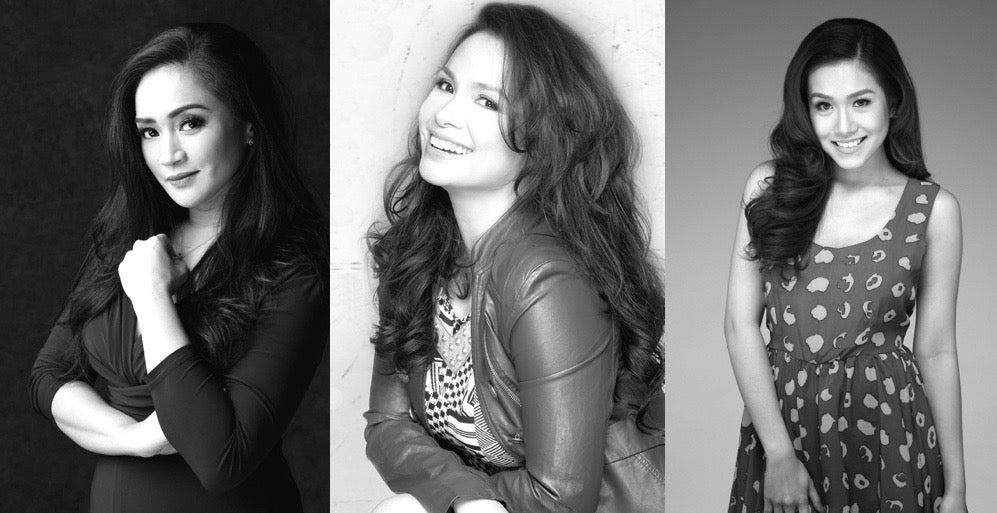 “Miss Saigon” put Filipino talent on the map and showed the world how good Filipino performers are.

Now, years after the first batch of Filipino talent made its mark in London’s West End—and all over the world—a new group of Filipino talent is out to replicate that success when the Miss Saigon company returns to the country to seek out local artists to join the musical.

Lea Salonga, who was the musical’s first Kim (and who went on to great success on Broadway and elsewhere in the theater world) says that if there’s anything Miss Saigon has done, it’s show to the world that the Filipino artist is one that is reliable, dependable, and able to interpret musical theater with the best of them.

“We are artistically right up there, and it makes me proud when any one of us gets that moment in the sun on the international stage. To see many of my friends in the West End and on Broadway makes my heart feel full,” says Lea, who went on to win major awards for her performance.

Singer and stage actress Isay Alvarez played the original Gigi to Lea’s Kim. She too, is grateful that Miss Saigonpaved the way for Pinoy artists to be recognized all over the world.

Being in the musical was both fun and challenging, says Isay. One of the hardest things was learning to work with the sheet music.

“Our counterparts read notes. They were sight readers. But the Pinoys were ingenious,” laughs Isay. “We brought our trusted tape recorders. In terms of adjustments (that we had to make), I’d say it was understanding the ways of our co-actors and production staff. Coming from a different culture was one thing, but they were understanding and Miss Saigon was a very mixed cast anyway.”

The auditions were also fun, but nerve-wracking. It was the first big test they all had to face.

“I was quite nervous, but during that time I was young and eager and my dreams were bursting out of my pores,” recalls Isay. “And to have the Cameron Mackintosh group in the audience was very exciting. They were very professional, and the English are proper anyway, and not intimidating at all. I should say they were very accommodating and I think they were really impressed that they found a mine of talents. They went to many cities and realized that Manila has what they need.”

However, Carla Guevara-Laforteza says that passing the auditions was just the beginning.

“When we passed, we became scholars of the ‘Saigon School’ wherein we were pre-taught the songs and the choreography of the show. From there, we were handpicked on who would be assigned to go to what production (UK, Australia, Germany, and so on). Those chosen for Germany were required to learn the show in German.”

Of course, adjusting to a whole new lifestyle was part of the deal.

Lea had to give up her ‘sheltered’ life to be able to do the things she did there. “The toughest adjustment was just living a less-than-sheltered life. In Manila, all I had to worry about was school and whatever work I happened to be doing. Now, I had to learn how to take public transportation, and write checks for the monthly utilities, in addition to study my music, dialogue, and figure out how to do kissing scenes with a romantic opposite for the first time.

Now, #TeamMissSaigon is back and looking for new talent. Auditions are presently ongoing with Atlantis Productions helping to coordinate the search.

Lea, Isay, Carla and other Miss Saigon alumni have words of encouragement and advice for those considering trying out for the musical.

The first thing, says Pinky Amador, is to realize that sure, it’s fun and it’s an honor to be chosen from among so many artists, but it’s also all about hard work and dedication from the moment one sets foot on the audition stage.

Her advice is to keep in mind that it just isn’t the best singers who make it.

“I have always maintained that in the end, the choices aren’t just all about the best voices. They are about the best WORKERS. Remember, you will be working far away from home and facing many personal and artistic challenges. So they need to know that they can trust you. Be professional in every way. Show them they can invest you. Look at everyone they chose: they’re all people with high standards, all exacting and all with impeccable work ethic.”

As always, Lea’s advice is to be professional, even when one is just auditioning.

“First and foremost, show up prepared. Second, show up before your appointed time. Third, have fun! Enjoy the experience for what it’s worth. You may or may not get the job, but at least you can say you sang for some of the best creative forces in the world. That’s a pretty huge deal in and of itself.”