A ‘Tarzan’ in the age of environmental plunder | Inquirer Lifestyle 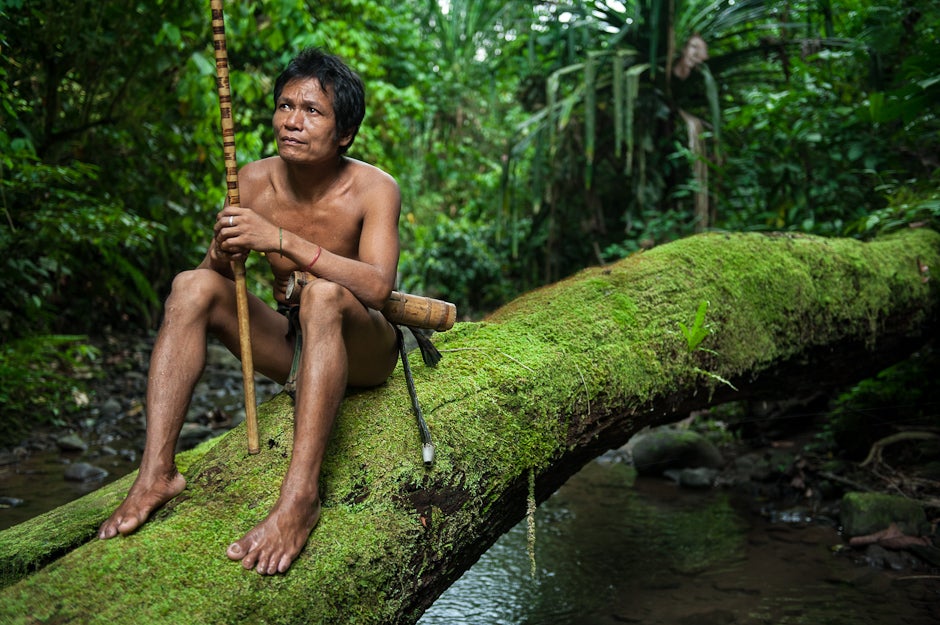 Depletion of forest is pushing indigenous people to the fringes.

A ‘Tarzan’ in the age of environmental plunder

Can Palawan be the Philippines’ first and the next World Conservation Province?

Author Rhett Butler* writes in his Mongabay.com website that “the once spectacular primary forests of the Philippines are now a relic of a bygone era.” He explained that whatever primary forest left behind can now only be found in Palawan, one of the oldest, largest, and most diverse rainforests in Southeast Asia.

Widespread logging is the main culprit. In his report, Butler says, illegal logging continues even today in spite of a government ban.

In 2014, Palawan gained 2.3-percent forest cover but on the same breath, lost 5.3 percent of the same, a scary figure that is bound to increase in due time.

With this scenario, a true environmentalist cries for help to arrest the tide and join people’s clamor to save further loss of Palawan’s forests.

Arthur “Art” Rodriguez Ventura, former Director of Palawan Council for Sustainable Development (PCSD) wants to follow West Papua’s footsteps.
The Indonesian province was declared a World Conservation Province by The Coral Triangle and WWF in October last year–a first for both Indonesia and the rest of the world.

The honor according to the WWF was “symbolically important in ensuring the future health of the province’s astonishing ecosystems. Besides its rainforests, West Papua is the world’s epicenter of marine biodiversity, boasting more species than anywhere else on the planet.”

The declaration said signifies a commitment by local landowners to conserve and safeguard their land, and to protect it against destructive development such as unsustainable logging.

As a kid, Ventura was already a lover of nature. Understandable, because he was born and grew up in Coron, one of Palawan’s tourism jewels and where many of its lakes are considered the cleanest and greenest in the Philippines up to now.

Ventura loved watching Tarzan movies, mesmerized at seeing Johnny Weissmuller cling from one vine to another with his panther friend, swim in a refreshingly clear river, and imagined basking in a very clean environment with his lovely Jane. He longed to be lord of the jungle.

In the days of Tarzan, poachers already existed in the forest, killing elephants for their ivory tusks, hunting tigers, lions and trapping birds to be sold. But Tarzan emerged as their protector as well as Africa’s flora and fauna.

Today, Ventura is fighting a lonely war, but like Tarzan, is hoping for a Divine Intervention, that wanton abuse of Palawan’s natural resources be contained. He wants Palawan be like what it was used to be, pristine, abundant, rich in forest and marine resources and indigenous people are happy.

He once fought against businessmen-poachers who erected seaweed-farming structures in Tubbataha Reef, now a World Heritage Site. The stilts have now been demolished.

At age six, Ventura was already helping augment the family income, at a time when hardship was still being felt because of World War II. His father was a school principal and his mother, president of a women’s club who put up the town’s first Puericulture Center.

At age fifteen, he worked as an attendant, assisting a doctor, like a midwife, sanitary inspector and nurse, rolled into one, doing all medical work like pre-natal care, autopsy, vaccination, injection and minor operation.

After graduating in high school with academic honors, his father let him and his brothers and sisters find their own fortune, confident that he had instilled in them his disciplinarian ways to face the world.

He did many odd jobs in Manila like working in a restaurant just so he can enter college. He lived with her older sisters, moving from one sister to another to get free board and lodging.

Then his first ray of hope came. Mapua School of Engineering had announced a qualifying chess game. Top finishers will get an athletic scholarship and be included in the school’s varsity team. He would win and even go further – bag the national inter-collegiate championship.

He was on cloud nine when a newspaper article bannered his triumph: “Unknown from Palawan Beats Intercollegiate Champion from UST.”

Chess had paid off for Ventura, a game that was a family past time. “I thank my father-mentor and brothers for that,” he says.

After winning the championship, Far Eastern University took interest on him and offered him a scholarship he cannot refuse. Apart from a college scholarship, he was offered an employment at the university’s accounting department, during that time, a big extra bonus that allowed him to help his other siblings Caesar, Lyn and Patricia to finish their own college degrees.

He, too, helped struggling Palaweños at FEU. As soon he graduated with an Economics degree, he enrolled for a Masters Degree in Marketing, and some two years later, entered law.

Ventura married Marilou Galman Cruz after only twenty days of courtship. The two met at the FEU campus while the latter was securing academic records to comply with her UST thesis as architecture student. Cruz would eventually pass her thesis defense with flying colors, even topping the architectural board exam.

The two settled in Palawan and continued to help people in many ways possible. Their willing hand extended to regional sports meet in order for Palawan to perform well in the Straa (Southern Tagalog Regional Athletic Association).

They went out of their way to finance and find funds for medicines of sick friends and neighbors. Love for each other gave them four children: Pamela, Fiona, Justine and Joshua and grandchildren Lian and Zia.

Ventura went into gas station and burger chain business to be able to sustain his civic-mindedness. His wife contributed by squeezing funds from her professional practice. As the saying goes: ” When you help, don’t expect something in return. When you are in a position to share, do share.” Ventura took this seriously.

Perhaps, that was the reason why the late President Corazon Aquino appointed him as OIC Vice Governor of Palawan after the Edsa Revolution.

As one who champions progress without abusing Mother Nature, Ventura wants to leave a legacy of protecting Palawan’s environment. He longs to see the Last Frontier as the first frontier in well-managed resources and developing renewable energy, not coal power plants.

He wants Palawenos to distance themselves from destructive mining and promote the tourism industry sustainably. He wants to prevent land grabbing done with use of force or deceit and these lands returned to their rightful owners.

He wants people to respect the rule of law for nobody is above the law.

As in a chess game, Ventura has made his move and wants people together in one chess team – to protect Palawan’s precious natural resources.

As a true Palaweno and environmentalist, he fears that plantation agriculture, especially oil palm, could emerge as the newest threat to Palawan’s remaining forests.

“The continuing disappearance of Philippine wildlands is of great concern. In this respect, we should save Palawan from plunderers and make its forests proudly intact. We were voted and continue to be voted as the best island tourism destination worldwide in many magazine polls year after year. This is effort not luck. We have made it this far as icon for the Philippines as a prime tourist destination. Let us not destroy it,” he says.

According to the national Forest Management Bureau, forest cover in the Philippines declined from 21 million hectares, or 70 percent of the its land area in 1990, to about 6.5 million hectares by 2007. This data is very similar that to the U.N. FAO, which is usually based on government data.

At a glance, here’s the Philippines’ forest figure:

With the rate we’re going, change must start now or else we’ll run out of forests to conserve.

*Rhett Butler founded Mongabay.com in 1999 with the mission of raising interest and appreciation of wild lands and wildlife. For the first ten years of the project, he operated Mongabay on his own, publishing thousands of stories and tens of thousands of photos. He has been profiled in the San Francisco Chronicle, The Wall Street Journal and Voice of America. In September 2014, he became the first journalist to win the Parker-Gentry Award, a conservation prize given annually by the Filed Museum of Chicago.