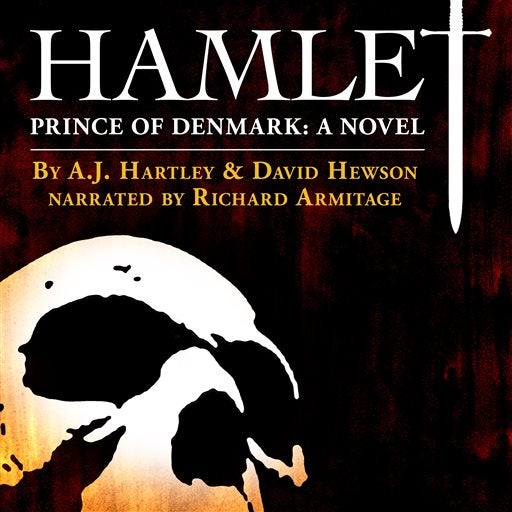 This audio book cover image released by Audible Inc. shows "Hamlet: Prince of Denmark," by A.J. Hartley and David Hewson. Audible Inc., the world's largest seller of downloadable audiobooks, has followed the success of their recent novelization of "Macbeth" with a new thriller about the moody prince of Elsinore. The book released Tuesday, May 20, 2014, is narrated by "The Hobbit" actor Richard Armitage. AP

COPENHAGEN, Denmark — Denmark, perhaps better known for its fictional, suicide-agonizing prince Hamlet and fierce marauding Vikings than being a nation of the happiest people, has just won that very accolade. Again.

The United Nations has made it official: It found Danes to be the happiest people on Earth, in a study of 156 countries.

Knud Christensen, a 39-year-old social worker, knows one reason why his compatriots are laid-back — they feel secure in a country with few natural disasters, little corruption and a near absence of drastic events.

“We have no worries,” Christensen said smiling, as he stood on a Copenhagen street near the capital’s City Hall. “And if we do worry, it’s about the weather. Will it rain today, or remain gray or will it be cold?” TVJ