The best Thai meal I have ever had | Inquirer Lifestyle ❮ ❯ 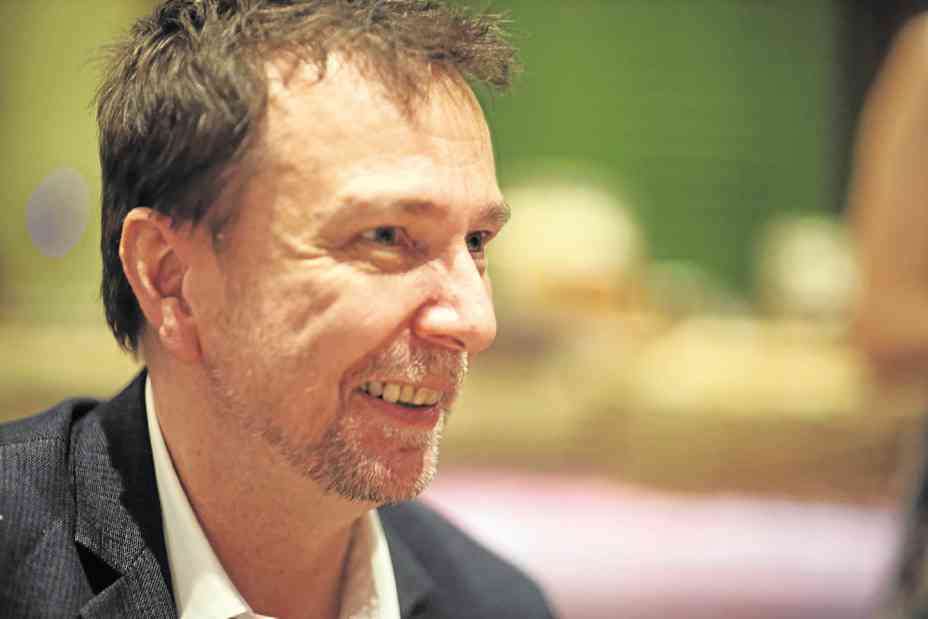 The best Thai meal I have ever had

“I would have to pick you up, throw you to the ground, and rip your throat out,” David Thompson told me. “I shall have to set you quite straight.”

The loquacious, self-deprecating and (seemingly) mild-mannered scholar, author and wildly successful restaurateur sounded like he was joking, but not really.

The question he was responding to with such graphic virulence was whether or not he felt he had been instrumental in making Thai cuisine as rarified as it is.

“If I’ve done anything,” he said, “it’s just to broadcast how wonderful Thai food is. I haven’t done anything more than to be faithful to a great cuisine that I love.”

On the night I was interviewing him, Thompson was about to receive a Lifetime Achievement award from the 50 Best Restaurants judges, or what he referred to wryly as his “pensioner’s award.”

He didn’t know it yet, but his restaurant, Nahm, was about to be voted the No. 8 Best Restaurant in Asia, a ranking in the top 10 it has kept for years.

Nahm opened in Bangkok in 2010 amid great controversy. Its first restaurant was in London, where it received a Michelin star in 2001, the first time for a Thai restaurant.

Despite that distinction, however, to open in Bangkok itself seemed to many as the height of presumptuousness. Thompson was, after all, an outsider, even with a Thai partner and even if he read and spoke fluent Thai.

Nahm was also one of the first restaurants to charge what seemed to be absurdly high prices for Thai cuisine, prices that were more in keeping with Le Normandie, the temple to French gastronomy at the Oriental Hotel in Bangkok.

I had most of my meals in Bangkok’s street food dives or in the food courts of malls, relishing old favorites that never tasted quite the same elsewhere.

Before my evening flight back home, I walked down the road to the Metropolitan Hotel, where Nahm is. The restaurant itself has an unassuming feel, indistinguishable from the usual high-end hotel casual dining room, and the menu is short and friendly.

Its format, I feel, is what should be emulated—a balance between a dictatorial degustation where you are completely at the whim of the chef, and a fully à la carte menu, which has the kitchen scrambling trying to get everyone’s dishes in at the same time.

From the short à la carte selection, the tasting menu simply gave you appetizers, a soup, a main course, a stir-fry and two desserts.

Though it is no longer Thompson behind the stove, the spirit of intransigence and absolute devotion to authenticity is nonetheless evident here.

But authenticity is a slippery thing. When Nahm opened with its arcane ingredients and unfamiliar recipes, many locals cried foul—that this wasn’t real Thai food. But the recipes, gleaned from years of scholarly and field research—said to have had the imprimatur of the King of Thailand himself— could be more authentic than the increasingly packaged and commercialized food served in canteens and households.

Thompson believes that Thai cuisine reached its apogee in the late 19th century. What is regarded as his masterpiece, “Thai Food,” has become the definitive text on historic and traditional Thai cooking, and draws deeply on “memorial books,” compiled when a person dies, that contain, among other things, recipes by the deceased. Thompson has over 500, many of them rare, precious volumes.

Even as he refuses to acknowledge his role in exalting Thai food, he accepts credit for codifying Thai cuisine.

“But I had to do that,” he said. “The Thais don’t think in a [Western] logical way; they don’t have to analyze. The intellectual construct I have imposed is simply that… they are sensuous creatures.”

The meal I had at Nahm was the best Thai meal I have ever had. It is also like no other Thai food—none of the dishes was familiar.

As with most contemporary Thai degustations, appetizers came first, then all main courses followed at once, with rice in the middle, with the desserts bringing up the rear.

The level of complexity in the spices, textures and fragrances was simply far above anything else I had tried, but without sacrificing the elemental need to be delicious to make a cerebral point.

It was different from run-of-the-mill Thai food in the way that a hacked-off piece of fish was from finely aged and sliced sashimi. The meal was a work of art in the way that Thompson’s research and codification of Thai have been a labor of love.

After having suffered a series of strokes, Thompson is planning to concentrate on his research and writing work, rather than running restaurants.

“There are some aspects of growing old,” he said. “I’ve become more equanimous about things, including awards and failures… But when I’m doing a stir-fry or a curry, it is with the same joy that I had when I first embarked upon this career.”