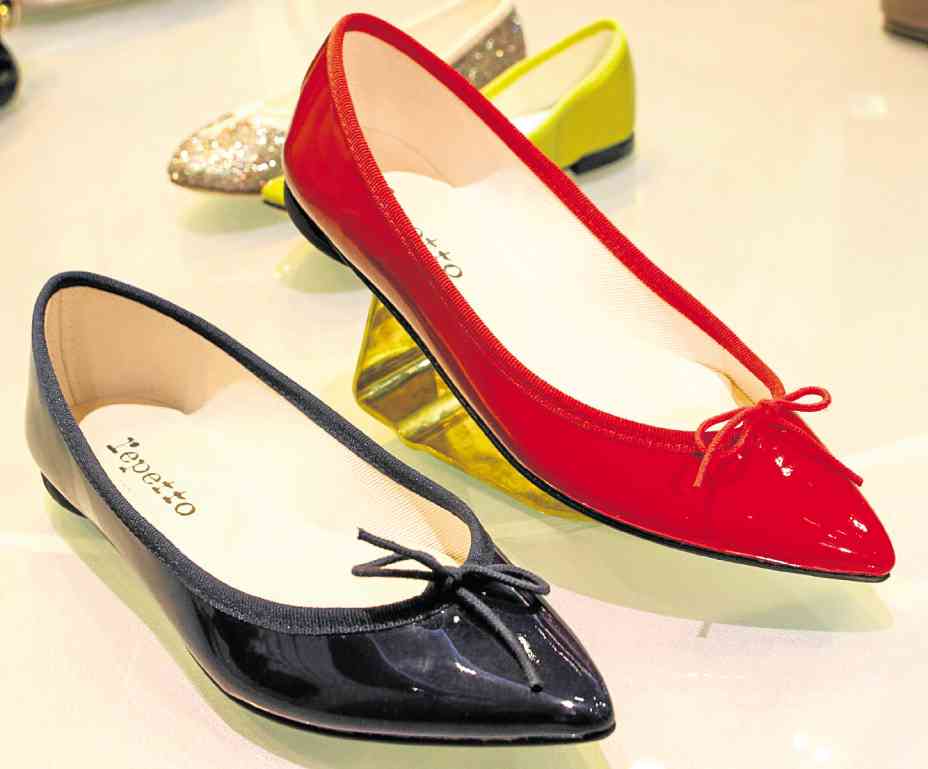 A company known for doing almost everything with great fanfare, Suyen Corp. has quietly amassed a good number of foreign shoe, accessory and ready-to-wear brands over the years.

To date, the company exclusively represents over 30 global brands, said Ben Chan, Suyen Corp. chair and the man behind such homegrown staples as Bench, Human and Kashieca.

Led by Chan, the company recently introduced its foreign brands’ latest and upcoming offerings in an exclusive fashion presentation at the Bench Tower’s Playground in Taguig.

The brand is known for clean lines and impeccable construction designed to flatter women’s legs. Apart from its “elongating” properties, Rupert Sanderson footwear is  fashion-forward and quite comfortable to wear, said its brand manager.

With prices ranging from P40,000 to P80,000 a pair, the brand is decidedly high-end. A pair of black booties fashioned from mesh material, for instance, costs P82,000.

Fratelli Rossetti, a family-owned brand also from Italy, offers a more midrange line of shoes for men and women ranging from P20,000 to P50,000 a pair.

The brand takes pride in its shoes’ durability and craftsmanship. Despite the use of machines, there’s human intervention involved in every stage of production.

Italian shoe brand Casadei, which has its own store along the Bonifacio Global City shopping strip, also presented its latest collection.

Said to be favored by Hollywood royalty, “from Jennifer Lopez to Jennifer Lawrence,” the brand is known for its trademark “steel-blade” heels and occasional use of Swarovski crystals. Prices range from P25,000 to P65,000.

Suyen also carries Jennifer Behr’s line of gold-plated and Swarovski-embellished hair accents favored both by brides and stars on the red carpet.

The Brooklyn-based Behr used to be a milliner before joining hairstylist Frederic Fekkai to design his hair accessories. She struck out on her own a few years later by establishing an eponymous line of delicate hair accessories known for their ethereal and bohemian qualities.

They can be worn across the forehead, or princess-style just an inch or two above the hairline. Prices range from P10,000 to P25,000.

As far as Dodo is concerned, dolphins have become the animal of the year, ever since politician and TV personality Rep. Lucy Torres-Gomez was photographed wearing the brand’s bracelet featuring dolphin-shaped charms made of rose gold.

But there’s more to dolphins at Dodo’s standalone store at SM Aura. The Italian jewelry brand features all sorts of charms—from monkeys to dogs, keys to palm trees—and precious and semiprecious stones in its collection.

It has often been compared with another brand known for its charm bracelets, but Dodo uses only real gold and not silver.

Since their value appreciates with time, Dodo jewelry pieces are worth keeping and bequeathing to your children, said a sales staff.

Its current line makes use of materials like cotton, neoprene and leather. The brand’s pool of designers is also known for playing with prints.

“Mostly Heard Rarely Seen is an amalgam of different cultures and places,” said Noel Manapat, Suyen Corp.’s chief resident stylist. “It was born in Japan, and is now based in London. But we discovered it in Paris.”

From classic fashionista to the edgy dresser, it seems Suyen Corp.’s growing list of global brands has got them all covered.