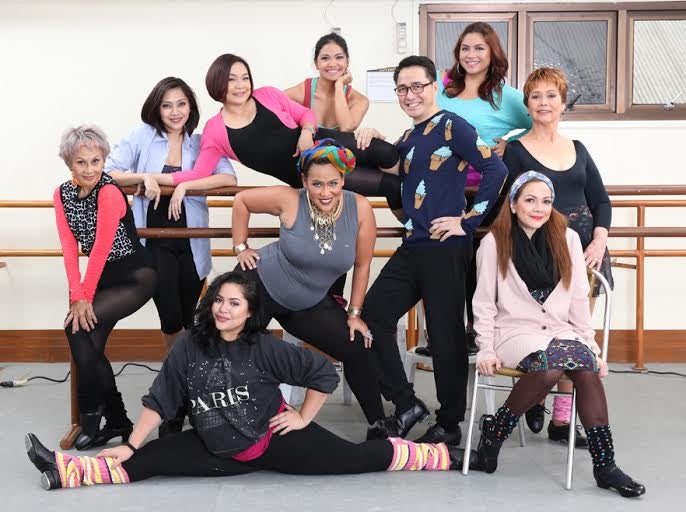 Raymund Concepcion learns to tap-dance–at 52–for ‘Stepping Out, The Musical’

“My character is the only male student in a one-night-a-week dance class composed of mostly limited and incompetent but very enthusiastic individuals,” says Raymund Concepcion II of his upcoming production “Stepping Out, The Musical” with Repertory Philippines (Rep).

“He is a bit awkward and nervous but he attends the class to cope with the loss of his wife, who loved to dance,” he adds. “Attending the class allows him to relive the memory of his wife, whom he loved very much.”

As the musical progresses, the classmates form friendships with each other as their dancing improves.

If Concepcion kind of looks familiar or sounds familiar, the surname may be a clue. His three sons are also in the theater industry: Red, Kevin and Sam. He last tread the Rep boards in “Shakespeare in Hollywood” several years ago. He had been dropping hints to fellow Rep actors that he’d like to do another Rep show.

“When they asked me if I was available, without thinking about it, I said yes,” he says.

“Little did I know it involved tap dancing”, he adds with a laugh. “But I like a good challenge.”

With the book by Richard Harris, lyrics by Mary Stewart-David and music by Denis King, the musical was adapted into a movie in 1991 with Liza Minnelli as the dance instructor.

Concepcion started acting in theater during the 1980s at the Manila Metropolitan Theater where he was a resident artist. After about a 20-year hiatus from the theater scene, his comeback productions were Triumphant People’s Evangelistic Theater Society’s (Trumpets) “Joseph The Dreamer” and “The Little Mermaid.”

He’s been steadily on stage since. He was in Resorts World Manila’s Full House (FH) Theater Company’s “The King and I” as the Kralahome and its Singapore run of “Priscilla, Queen of the Desert,” where he alternated with Jon Santos as  Bernadette Bassinger in certain shows.

Most recently, he played Larry Calma in FH’s “Bituing Walang Ningning, The Musical” and as Ahoshta and The Hermit of Southern March in Trumpets’ “The Horse and His Boy.” 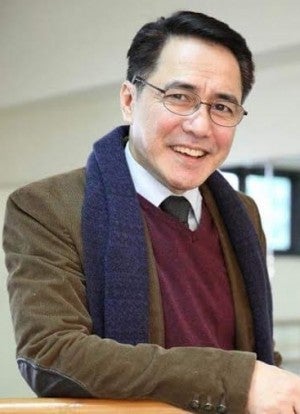 How does it feel to be the only thorn among the roses?

“I foresee that it’s going to be lonely in the men’s dressing room,” he says.

Even with decades of experience—Concepcion is 52 now—he says there are always new things to learn in theater.

Having to learn tap under choreographer Rose Borromeo has had its challenges.

“Had I learned to tap dance  when I was younger, it would have been easier. It’s a little difficult because it requires precision and grace.” Nonetheless, “while it’s been a bit of a struggle for all of us,  it’s been a lot of fun.”

Does he have any advice for male dancers when they have to dance with their partners?

“I am not exactly the best person to give advice on dancing, but make sure your partner shines, that she has a good time, that she stays beautiful while dancing.”

“Stepping Out, The Musical” has musical direction by Ejay Yatco, costume styling by Mindy Perez-Rubio, set design by Miguel Faustmann and lighting design by John Batalla.