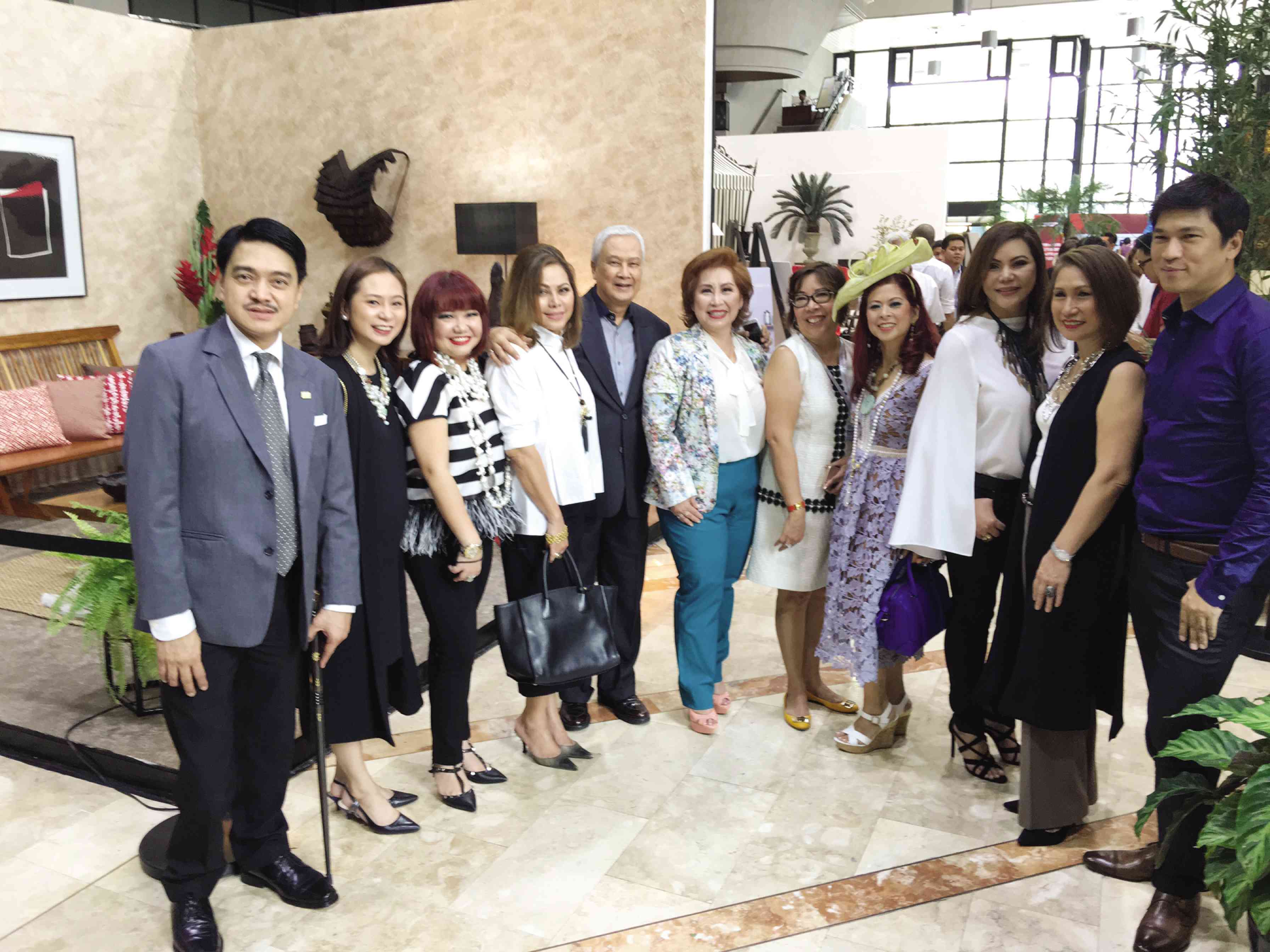 Fashion aside, interior design is my true passion

ALTHOUGH I am sometimes mistaken for a fashion designer, my actual “day job” is working as an interior designer. Fashion is a top interest, but interior design is my true passion.

At the ongoing Philippine World Building and Construction Exposition (Worldbex) at the World Trade Center Manila and the Philippine Trade Training Center, my designing expertise is showcased in a modern classic home office vignette that is part of the Interior Design Gallery.

For my home office space, Moss Manila Home’s Cyndi Fernandez assisted me in creating a modern, classic interior look with rich accents of gold and emerald.

This elegant display wouldn’t have been possible without our sponsors—Studio Eleven for the feather-print wallpaper, Lumina Concepts Lighting for the lighting fixtures, Davies for the paint, South Pacific Marble for the flooring, and Wilcon Depot. (For info about Moss Manila, e-mail [email protected])

Worldbex is open until today only. This popular trade fair has close to 500 booths by local and international participants, plus a good selection of galleries, pavilions and live installations from the industry’s great minds.

Our interior design firm, along with talented designers Tessa Alindogan and Anton Barretto, is currently working on the plans of the Fila Philippines office expansion.

Cris Albert is the hardworking lady president of Fila Philippines. She is looking forward to having a more attractive, interactive working environment that will have a cheerful setting and provide a more exciting work playground for Fila executives and staff.

The benefit dinner for CPN was a night filled with an abundance of delicious food, an overflow of red and white wine, a gaggle of gorgeous women and dapper men, and a plethora of exquisite artworks lined up for auction. All came together for a cause greater than the night itself—the protection of children.

The CPN dinner was an elegant affair held at the Raffles Makati. The organization aims to save children who are victims of sexual, physical and emotional abuse.

To help the organization, 12 items went up for auction. Some of the bids for the paintings reached as high as P700,000. Cris herself took part in the bidding and won a trip to Ellenborough Estate in Maryland, where scenes from the movie “The Wedding Crashers” were filmed.

Guests from Fila included its endorsers Fabio Ide, Jake Letts, Harry Morris and Jovan Masalunga of the Philippine Volcanoes. As a major sponsor, Cris gave the opening remarks and expressed her concern and support for CPN to continue its vision of safeguarding the lives of impoverished, abused children in the country and all over the world.

A week after that wonderful affair, Cris and I enjoyed the amazing concert of Chris Botti with Sting at the Grand Ballroom of the Marriott Hotel Manila. The concert delighted Manila high society, local celebrities and music fans.

The performance of the British singer-songwriter of “Message in a Bottle,” “Roxanne,” “Every Little Thing She Does Is Magic,” among many others, and the renowned trumpeter who once toured with the great Frank Sinatra, gave us an unforgettable experience.

Sting appeared midway through the set to loud cheers. Wearing a dark blazer over a T-shirt that showed off his toned physique, the former frontman of The Police opened with “If I Ever Lose My Faith In You.”

Botti said that he has known Sting for some 20 years, describing him as one of the finest musicians of his generation.

Audiences were visibly thrilled as they spilled out of the venue genuinely happy to have caught an evening of truly wonderful music from two of the world’s most gifted musicians.

In closing, let me plug the Assumption HS 1976’s fund-raising event—a block screening of “Batman vs Superman Dawn of Justice” on April 9, 4 p.m., at Cinema 3, Power Plant Mall, Rockwell Center. This is a fundraising effort for scholarships in various Assumption mission schools in the Philippines.

“Batman vs Superman” is a fantasy-science fiction film starring Ben Affleck as Batman, Henry Cavill as Superman and Jesse Eisenberg as Lex Luthor.