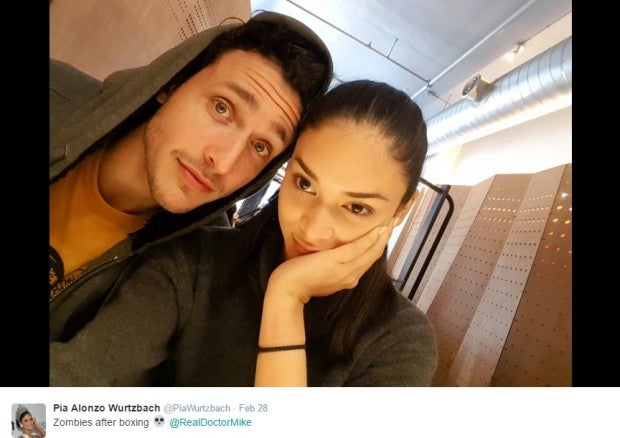 A US celebrity news site on Sunday reported that Mikhail Varshavski, who is known as “Dr. Mike” on Instagram, has confirmed that he is indeed dating Miss Universe 2015 Pia Alonzo Wurtzbach.

According to a report from Wonderwall.com, Varshavski said: “I am dating Pia. It’s a fairly new relationship but I’m really excited to see where it can go!”

Wurtzbach has yet to react on the doctor’s admission.

Rumors on the relationship of the Filipina beauty queen and the “sexiest doctor alive” started when Varshavski posted a photo of him with Wurtzbach on Instagram last month.

Wurtzbach later posted a photo of her with Varshavski after a workout.

Snaps from Wurtzbach’s and Varshavski’s Snapchant accounts which showed the two of them together have since been making the rounds online.

During a Facebook live interview last March 12, the beauty queen said that her reign as Miss Universe 2015 remains her top priority.

Meanwhile, in a BuzzFeed Philippines video, Wurtzbach only laughed when an indirect reference to Varshavski was made.

She then said that if she had to pick between love and career, she would choose the latter. AJH/RAM