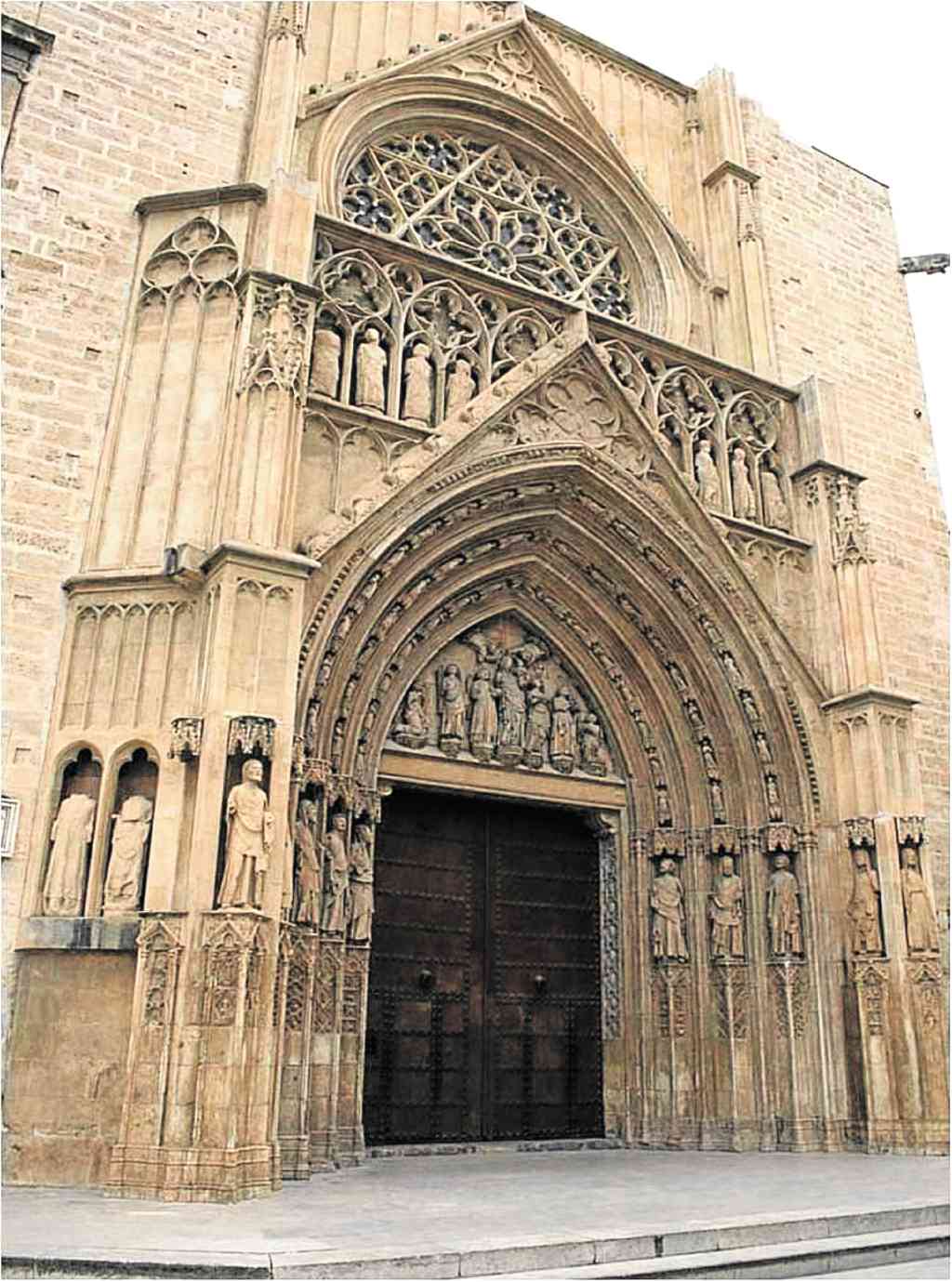 How the precious relic was brought to Valencia is an amazing and incredible story.

A brochure obtained from the museum of the cathedral explains the history and itinerary of the Holy Chalice from Jerusalem to Valencia:

“It would be bold even to suspect that such a precious relic would have ever been lost, without taxing with explicable carelessness the Paterfamilias, the owner of the Holy Chalice, whose house was the place of the Last Supper, as well as the Apostles who kept other relics from Our Lord, hardly less valuable, such as the Table of the Consecration, the Cross of the Redemption, the Holy Shroud, the Sepulcher and the Crown of Thorns. How this Holy Chalice was brought to Spain from Rome is a long story.”

“Suiri, bishop of Cordoba in Spain and Sales, among other historians, affirms that the Holy Chalice was brought to Rome by St. Peter, at the death of the Holy Virgin. The Popes used the Chalice during ceremonies, until St. Sixtus II ascended the Papal throne. At that time, to avoid it being profaned or destroyed during the persecution of Christians by Emperor Valerian, St. Lorenzo, two days before being martyred in 258, sent it with a letter to Huesca [in Spain], his native town. There, it was venerated until 713, when the bishops and Christians of this diocese, fleeing the Musulman invasion, took refuge of San Juan de la Pena, bringing away with them this precious relic.

“Then King Martin the Kind offered the Monastery of San Juan de la Peña a golden chalice, in exchange of the holy relic. The deed of barter still exists in the Metropolitan Archives.

“The Chalice was delivered on Sept. 26, 1399, to the Palace of Aljaferia, by Berenguer Sarta, royal secretary and public solicitor, who was personally received by the king. Alfonso V the Magnanimous brought it to Valencia, probably in 1424, with many other relics venerated in the capital. It was entrusted to the cathedral on March 18, 1437, according to the notarial document of Jaime Monforte.”

“On July 21, 1936, three hours before the Communist rebels assaulted the town (and subsequently burned the Metropolitan Cathedral), the Holy Chalice was spirited away and sent to Valencia.

“On June 1937, it was transferred, to safeguard it further, to Carlet, where it remained until April 1, 1939, when the Recovery Committee of the National Artistic Treasures handed it over to the city.”

The story of how it got to Valencia and whether it is the real thing is something shrouded in mystery.

According to a report, “it was kept in Aragon in a monastery until about 1400, when it was brought to Valencia. The physical properties of the Holy Chalice are described, and it is stated the vessel had been used to celebrate Mass by the early Popes succeeding Saint Peter.”

In 1960, the Spanish archeologist Antonio Beltrán studied the Chalice and concluded: “Archeology supports and definitively confirms the historical authenticity . . . Everyone in Spain believes it is the Cup.”

Bennett said to a reporter from the Denver Catholic Register. “You can see it every day that the chapel is open.”

Although the authenticity of the Chalice has not been confirmed by the Vatican, it was venerated by two Pontiffs who traveled to Spain: Pope John Paul II and Pope Benedict XVI during their visits to Valencia in 1982 and 2006, respectively.

According to a report, “When Pope John Paul II visited Valencia on Nov. 8, 1982, the Holy Father prayed before what many Spanish Catholics believe is the Holy Grail today, then ordained some 150 new priests during an outdoor Mass attended by more than 300,000 people at Alameda Venue.”

The report continues: “Then he was shown the Santo Caliz and its history was explained. Carefully the Holy Father touched the golden pedestal of the relic, bowing down and kissing it as a sign of veneration. Then he asked to use it for the great Pontifical Mass to take place in the largest square of Valencia; gladly the canons fulfilled his wish. So it happened that, for the first time in 1,724 years, a successor of St. Peter spoke the Eucharistic prayer over the Most Holy Chalice.”

Later, on July 8-9, 2006, at the closing Mass of the 5th World Meeting of the Families in Valencia, Pope Benedict XVI also celebrated with the Holy Chalice, on this occasion saying, “This most famous chalice,” words in the Roman Canon said to have been used for the first popes until the 4th century in Rome, and supporting in this way the tradition of the Holy Chalice of Valencia.”

On our way out, after our walking tour of the splendid cathedral, the haunting voices of the choir members inside the majestic cathedral resonated and filled the air with the Spanish hymn “Peregrinaciones al Santo Caliz de la Cena” (Peregrinations to the Holy Chalice of the Last Supper).

Below is the English translation:

With faith and burning love

To venerate the Cup

Jesus used this Cup on the night of the Last Supper,

Night of the sublime mysteries of love,

Night in which He became flesh, divine and Nazarene, in

the bread that the Savior offered to his disciples

In the blessed Cup, the consecrated wine

Was His precious blood that to the world

My visit to Valencia was more than just an encounter with history. It was a spiritual journey with the Lord, the same experience I felt during my pilgrimage to the walled city of Avila.

I arrived in Valencia as a tourist and left the medieval city a pilgrim.

Ramon M. Roda is a retired professor of Spanish and Rizal course at the College of Commerce and Business Administration of University of Santo Tomas, and a recipient of two study-travel grants from the Spanish government for postgraduate studies in Madrid and Santander, Spain.