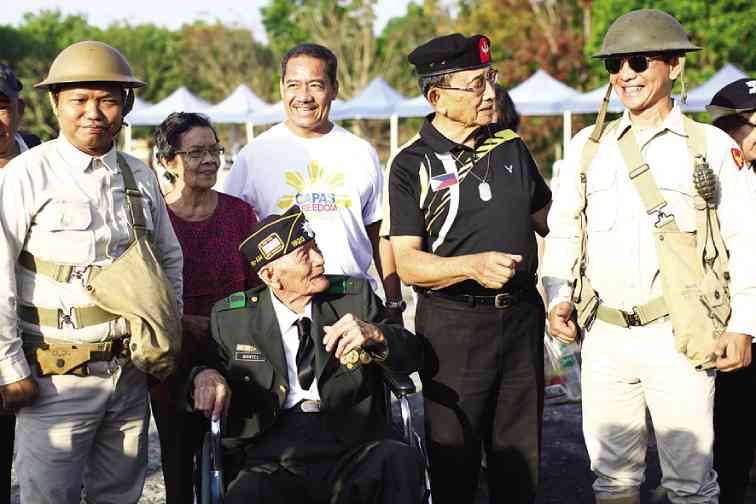 Never forget the Bataan Death March of 1942, at the start of the Second World War in the Pacific, when thousands of Filipino and American soldiers suffered and died at the hands of Japanese captors, during the dreadful march from Mariveles, Bataan, to San Fernando, Pampanga, and then (after being packed in trains) to the concentration camp in Capas, Tarlac.

This was the message of the first Annual Capas Freedom March, held last year with the theme “Remember the Sacrifice.” The event focused on the last leg of the Death March, the march to Capas, Tarlac, which had the most number of victims and fatalities.

This year, the theme is “March for a Veteran.” And the commemoration is expected to be bigger.

This was announced by project director Mina Gabor, former tourism secretary, of the Automobile Association Philippines (AAP), one of the sponsoring organizations, at a recent press conference at Misomo Teppanyaki restaurant in Makati City.

The other panelists were John Cutter, head of international communications, Col. Ralph Kiebaber of the US military; and Gus Lagman, AAP president.

Explaining the new theme, Gabor said the march participants were expected to “choose a veteran, someone they know, from their hometown, perhaps, and they will be asked to carry a placard that says: “In memory of [name of adopted veteran] while they march.”

“It will be more meaningful that way,” she added.

Over 2,000 participants are expected to attend. They will be from national and local government agencies, NGOs, the academe, students, service organizations and corporations, along with Filipino and American soldiers from various military groups, including the women’s auxiliary corps.

“We will add more activities this year,” Gabor said.

During the press launch, Cutter recounted the story of an American survivor of the Death March, now 91, who was mercilessly tortured by the Japanese for months.

“He was a most decent, honorable, forgiving man,” he said. “Later, he even went to Japan as a guest, and he found them extremely gracious; he was not looking for an apology.”

The campaign season has started, a media person observed. Will politicians be part of the commemoration?

“On the original list, politicians were not invited,” Gabor said. “But if they are qualified, that is, if they have sons and daughters of Death March survivors, they are welcome. But they should realize this is a sacred event.”

In other words, no campaigning, directly or indirectly, please.