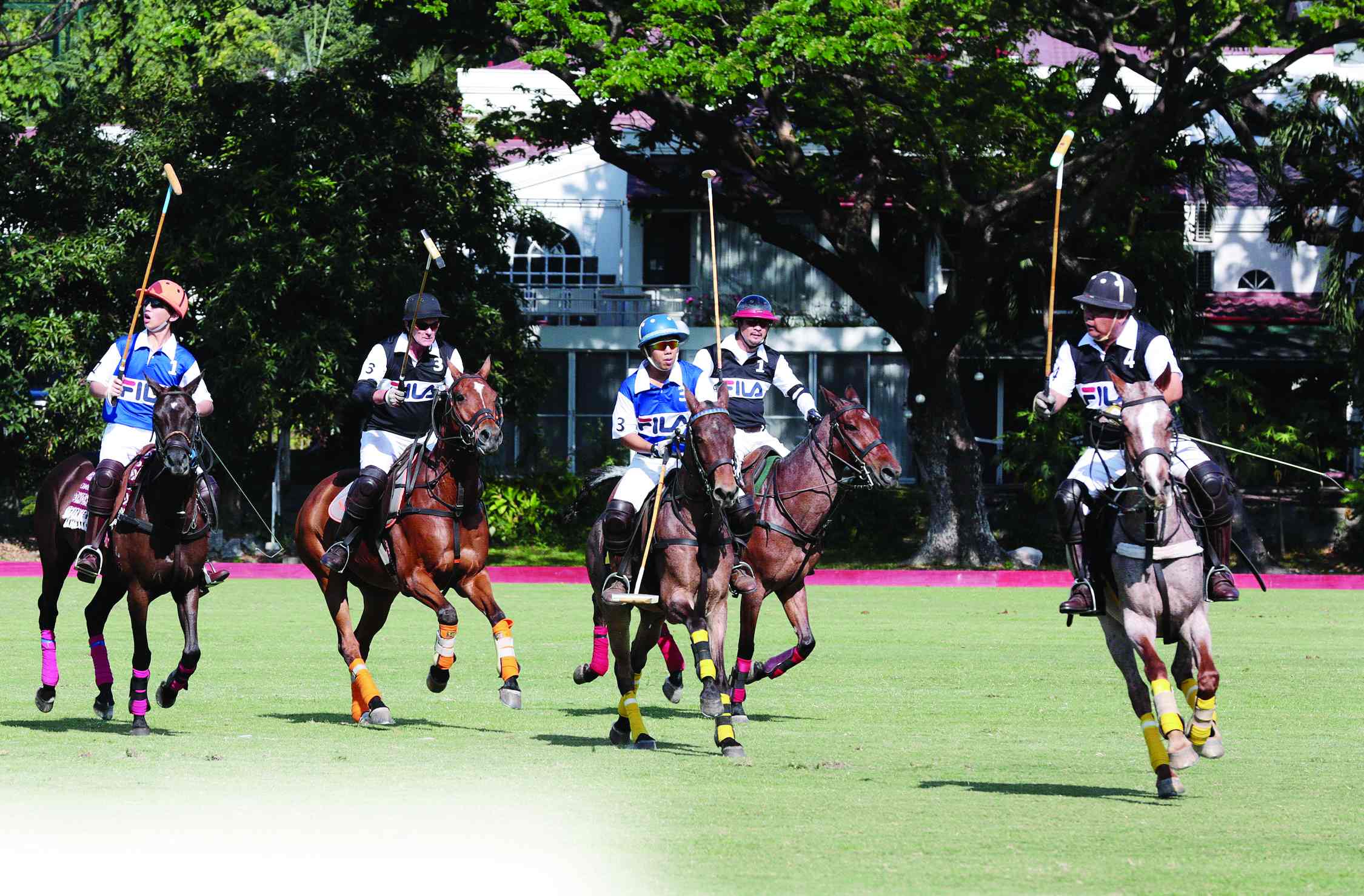 THE SENIORS, competing with the younger ones, are in top shape. PHOTOS BY GRIG MONTEGRANDE AND ALEX VAN HAGEN

Polo with a higher purpose

From pomp to social conscience, the Fila Cup rebranded its polo tournament as the iSportlife Ministry Cup to raise funds to help orphanages.

Maricris “Cris” Albert, president and CEO of iSportlife, the company behind Fila Philippines, explained that Fila pioneered in consumer branding in the Manila Polo Club (MPC) season. Since Fila is an aspirational brand, it would be a good fit to have its presence felt in the game of kings. Since 2005, the Fila Cup has been known for its fashionably dressed guests, theatrical entertainment and sumptuous food.

A veteran polo player, Butch hosted the MPC’s last game of the season.

“People have known the Fila Cup as having a fashion show, entertainment and overflowing food. Now many are wearing white. The iSportlife Ministry Cup is still classy but held with a higher purpose. People quietly give donations after reading the pamphlets. We take care of the children and go to adoption areas,” said Cris.

The tournament consisted of a round-robin series. Butch led his team—Jun Juban, José Constantino and Anthony Filamor—to victory, scoring 6-4 over the Black Team.

The second match was a close fight at 4-3. The Red Team beat the Black Team of Jam Eusebio, Marty Romualdez, Angelo Licaros and Jim Donovan.

“It was a great game because it was a homegrown Zobel team,” said Jimboy Dulay, a pioneer member of Zobel’s team.  “Manot Montilla is in charge of the Zobel crew. Tommy Bitong is Zobel’s apprentice and the man, Iñigo.”

Jack said, “Iñigo has a good understanding of the strategy and the players. He’s a leader out there. Being more experienced, he is respected.”

The emcee also commended the host for his comeback: “Butch took a break. Polo is a dangerous sport. It takes courage to come back and be with younger players. He’s riding and hitting the ball much better. He set the example for his team.”