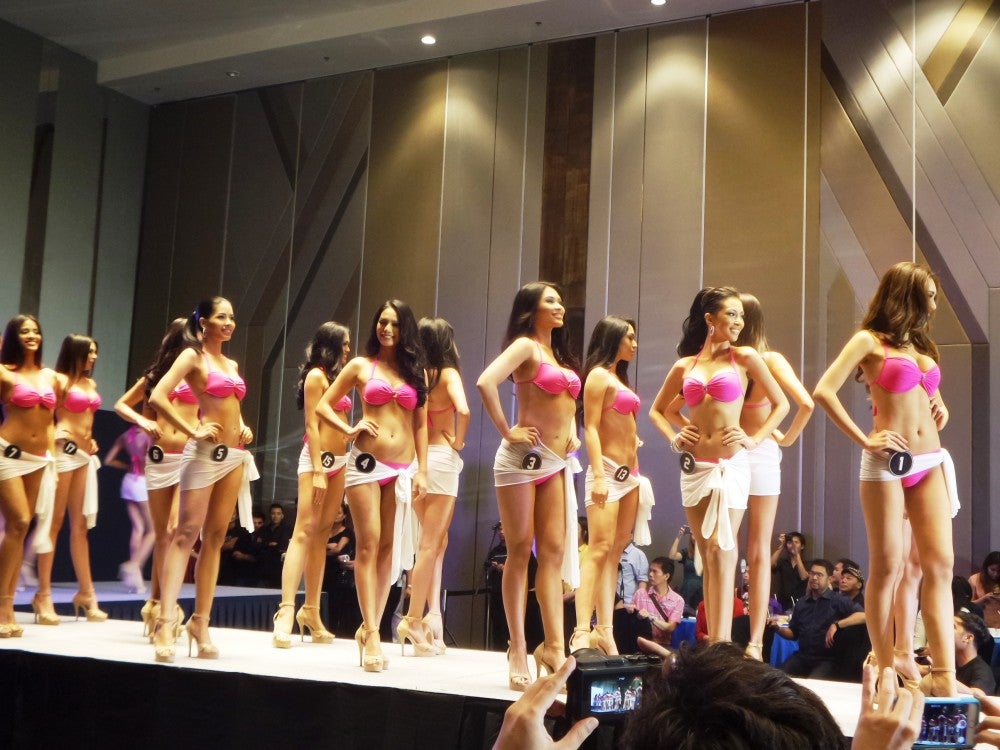 The 2016 Binibining Pilipinas candidates are presented to the media at Novotel Hotel in Quezon City on Tuesday.

Forty courageous ladies presented themselves for an insurmountable challenge—to secure a back-to-back victory for the Philippines in the Miss Universe pageant.

The Binibining Pilipinas Charities Inc. (BPCI) introduced the official candidates to this year’s Bb. Pilipinas pageant to a large group of local media members at the Monet Ballroom of Novotel Manila in Quezon City on Tuesday afternoon.

Ladies from all over the country and with diverse backgrounds comprise this year’s batch of hopefuls, all poised to inherit the crown of 2015 Miss Universe Pia Alonzo Wurtzbach.

Wurtzbach, who flew all the way from New York where she is currently based as this year’s Miss Universe titleholder, graced the afternoon’s affair and shared words of inspiration with the 40 aspirants.

“Don’t forget the essence of pageants. Why do girls join pageants? Because it’s a platform for you to open doors for other opportunities in life. Don’t forget that. That’s something you really have to believe in,” she said.

Wurtzbach added: “All this is temporary. Think of the future, plan ahead. Enjoy the moment while you’re here. You’ll never get this again—the preliminaries, this press presentation, the coronation night on April 17—make the most of it, like we did. Know exactly what you want. Have fun with it.”

Aside from clinching a second consecutive win for the country in the Miss Universe pageant, this year’s batch of beauties also bears the pressure of matching, if not surpassing, the record set by last year’s crop of queens.

Get to know more about the 40 ladies vying for the five Bb. Pilipinas titles in a pageant primer on April 10 in ABS-CBN’s “Sunday’s Best” bloc.

The 2016 Bb. Pilipinas coronation night will be presented at Smart Araneta Coliseum on April 17 and will be seen on ABS-CBN on the same evening.