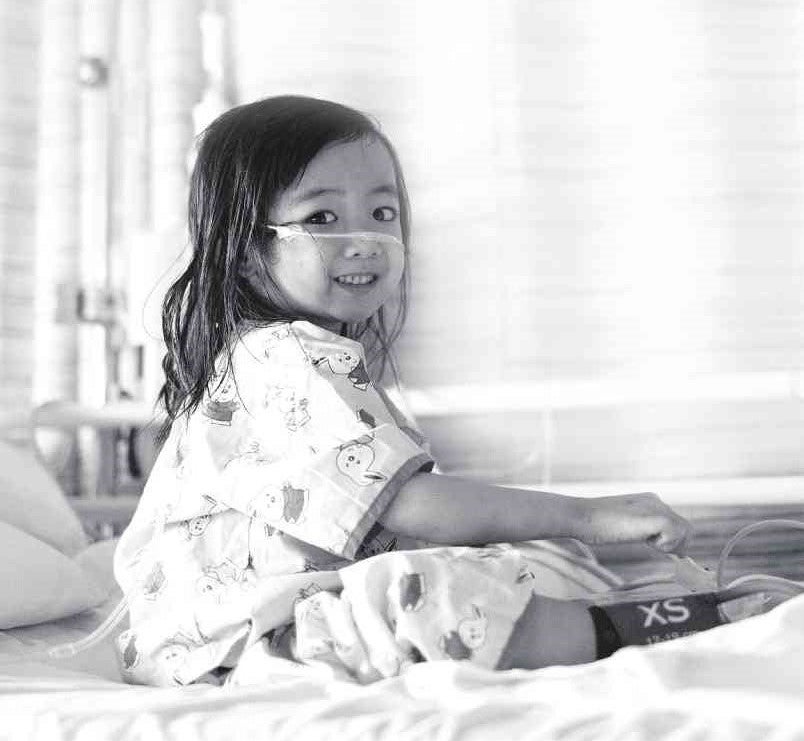 GONE TOO SOON Caitlin Lucas at play in an earlier shot posted on her Facebook page. CONTRIBUTED PHOTO

She inspired many with her cheerful disposition despite her rare blood cancer, but on Thursday, 3-year-old Caitlin Lucas gave up the fight.

A photo of the girl with her parents was posted in the “Courageous Caitie” Facebook page with the caption, “Today our daughter has gone to Jesus.”

Lucas’ story became viral on social media after her mother, Christine Del Feliz Lucas, started a Facebook page about her mysterious illness that prompted them to fly to Singapore in February.

The girl was diagnosed with juvenile myelomonocytic leukemia (JMML), a rare cancer that affects only one in a million children in the United States. Earlier reports said there was no known treatment for the illness.

It was only on New Year’s Day when Lucas was hospitalized because of severe abdominal pain. Months before that, the girl started having marks on her skin that looked like insect bites. The marks became lesions, and Lucas soon started suffering from life-threatening conditions like an enlarged spleen and liver.

Lucas’ Facebook page, which was maintained by her mother, chronicled the girl’s courageous fight for survival. The posts attracted netizens who offered prayers and gifts for the girl who maintained her cheerful disposition despite her mysterious illness.

On Thursday morning, Lucas’ mother posted about the girl’s difficulty in breathing since the previous night. They decided to intubate her and put her to sleep to avoid discomfort, the mother said.

Later, she posted that it was “the last time [she] saw Caitie’s eyes [completely] open.” She added: “Asking for prayers right now; today she will be sedated and put on a tube to stabilize her because of her high respiratory rate.”

‘Let your will be done’

Minutes later, she posted that the girl was in critical condition and that her oxygen level was not going up.

“Let your will be done,” a later post said.

The Facebook page’s last post was a photo of Lucas and her parents smiling. “Our last family pic with eyes open and smiling despite her [breathing difficulty.] It is well. You were awesome, my daughter,” her mother posted. TVJ

Filipina girl with ‘mysterious’ illness in Singapore hospital for treatment