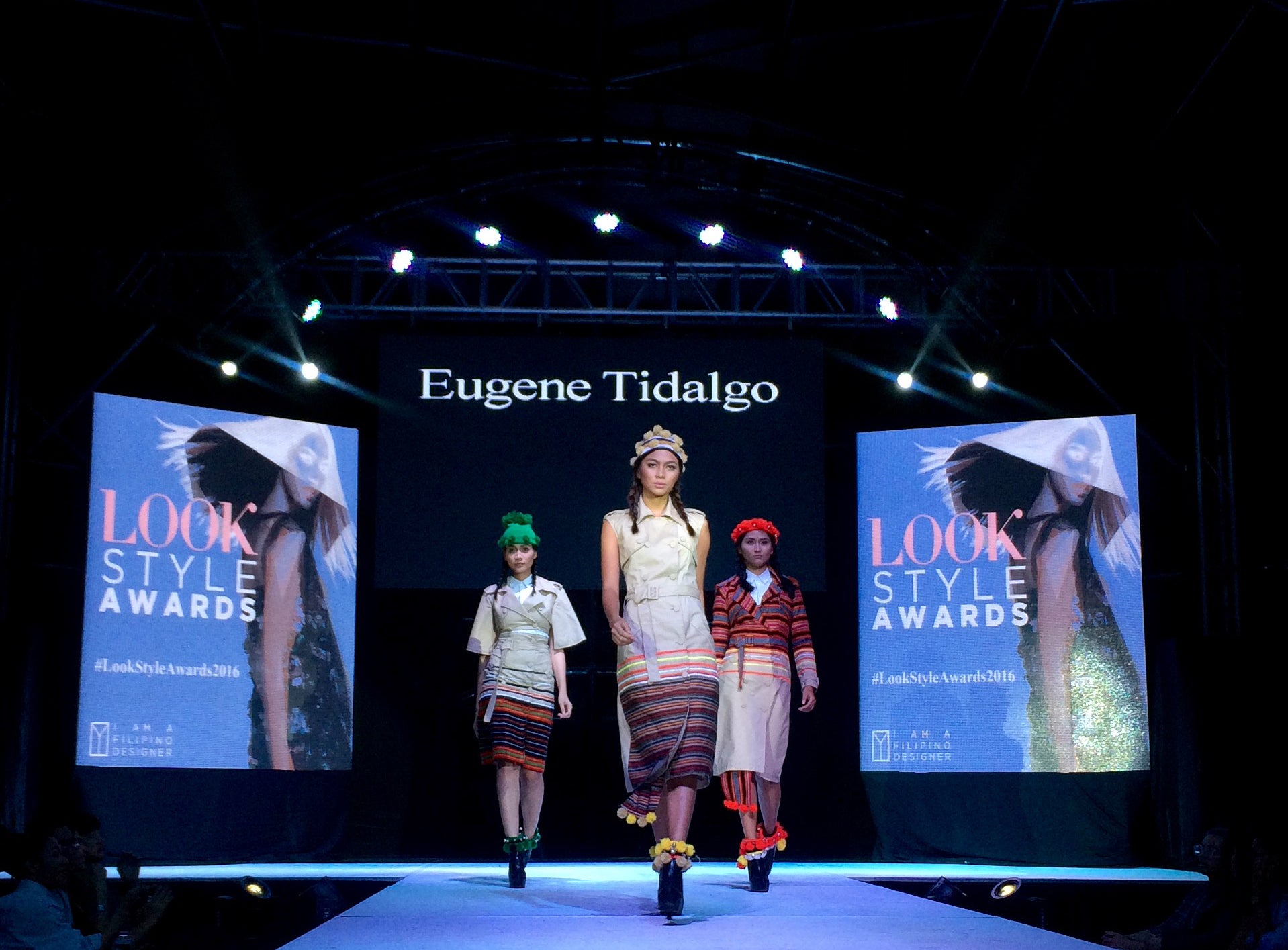 A WITTY take on the classic trench coat intermarried with the indigenous fabrics of the Igorot earned young designer Eugene Tidalgo an all-expenses-paid trip to London, and a scholarship at the prestigious Istituto Marangoni in the British capital.

Tidalgo, along with jewelry designer Micki Olaguer, were announced winners of Look Style Awards 2016 last night at the conclusion of this year’s annual tilt held by LOOK Magazine, Inquirer Lifestyle and the British Council.

Olaguer, 24, bested four other finalists in the accessories category for her mini collection of jewelry using mother of pearl and gold-dipped silver.

This year’s major sponsors, Bench and SM, each also chose one special awardee. The awarding ceremonies and fashion show were held at the Samsung Hall in SM Aura Premier.

Andrea Lopa was given the Love Local Award by Bench founder Ben Chan for her reworking of a button-down shirt and jeans into a halter top and skirt. All 10 finalists for the apparel category were asked to create a new look from a set of garments from Bench.

Meanwhile, SM Accessories chose Meme Dakay from Cebu as its awardee. The young woman presented a collection of clutch purses of marble-dyed polyhemp.

Istituto Marangoni is a Milan-founded fashion school, which has produced the likes of Domenico Dolce and Franco Moschino. It has campuses in Milan, Paris, London, Shanghai, and soon in Florence.

Previous winners of Look Style Awards since 2010 were given short-course scholarships to some of the United Kingdom’s most prestigious fashion and design schools: Central Saint Martins and Sheffield Hallam University.