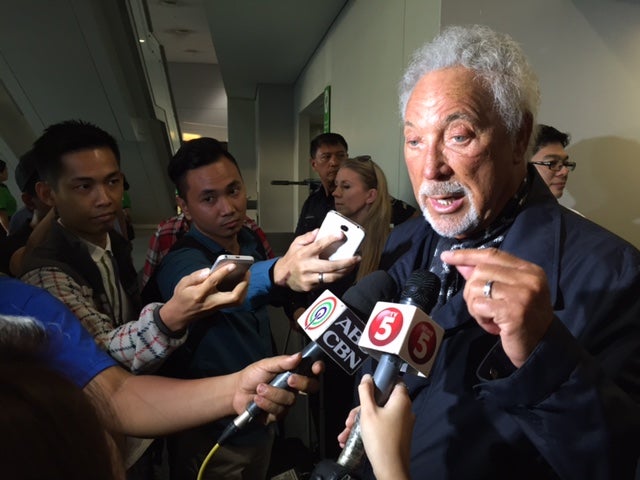 Tom Jones faces members of the local press on his arrival at the Naia. POCHOLO CONCEPCION/INQUIRER LIFESTYLE

The news was confirmed to Inquirer by the concert’s promoter, Renen de Guia of Ovation Productions, who said that the cancellation caught him by surprise.

Asked why Jones, 75, decided to call off the show, De Guia said an immediate family member of the artist has fallen sick.

This marks the second time Jones has canceled his Manila concert; the first time was in 2010 when he reportedly suffered from laryngitis.