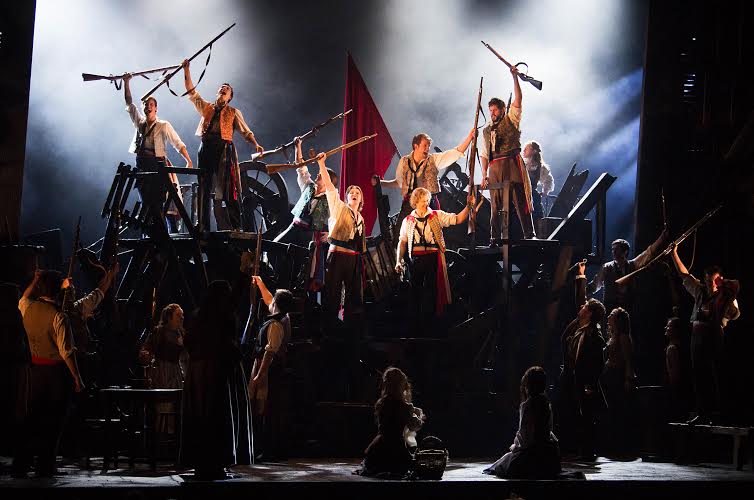 Top 3 songs to watch for in ‘Les Mis’

VICTOR Hugo’s classic novel, “Les Misérables,” seems to have achieved a separate life of its own as musical theater through the smashing adaptation by composers Alain Boublil and   and producer Cameron Mackintosh, whose international touring production is on extended run at The Theatre at Solaire till May 1.

It took over a quarter of a century for the official Mackintosh production to reach the Philippines. But the long wait is worth it for Filipinos, especially since one of their own, Rachelle Ann Go, is playing the important part of Fantine in the musical.

This is also the role Laurence Olivier- and Tony-winning Lea Salonga portrayed at the musical’s 25th anniversary concert.

Many Filipinos have memorized by heart songs from the musical. We list down three memorable performances in “Les Misérables” Filipino viewers need to look forward to in the Philippine tour.

Song is identified with the character of Fantine, a young illiterate and poor woman who, pregnant but abandoned by her rich lover, is forced to leave her daughter Cosette in the care of innkeepers Madame and Monsieur Thénardier.

In the song, Fantine weeps about her difficult situation. She thinks about the happier days of her life.

Sung by Rachelle Ann Go in the Manila tour, it will surely move audiences.

This song is set on the eve of the 1832 Paris Uprising, which Hugo’s novel recreates. The scene shows the key characters dealing with their own concerns: Jean Valjean readies himself to go on exile. Lovers Cosette and Marius are in despair. Éponine mourns her unrequited love. Enjorlas leads the revolution. Javert prepares his soldiers.

Gleeson sings in perhaps one of the most memorable sets of the production—the barricades.

In the song, Valjean says to Marius he is the son he might have known if he ever had one. It is a prayer asking God to save Marius from death. Gleeson’s beautiful and powerful voice complements the emotional song.

“Les Misérables” is now playing at The Theatre in Solaire until May 1. For tickets, visit www.ticketworld.com.ph or call 8919999.