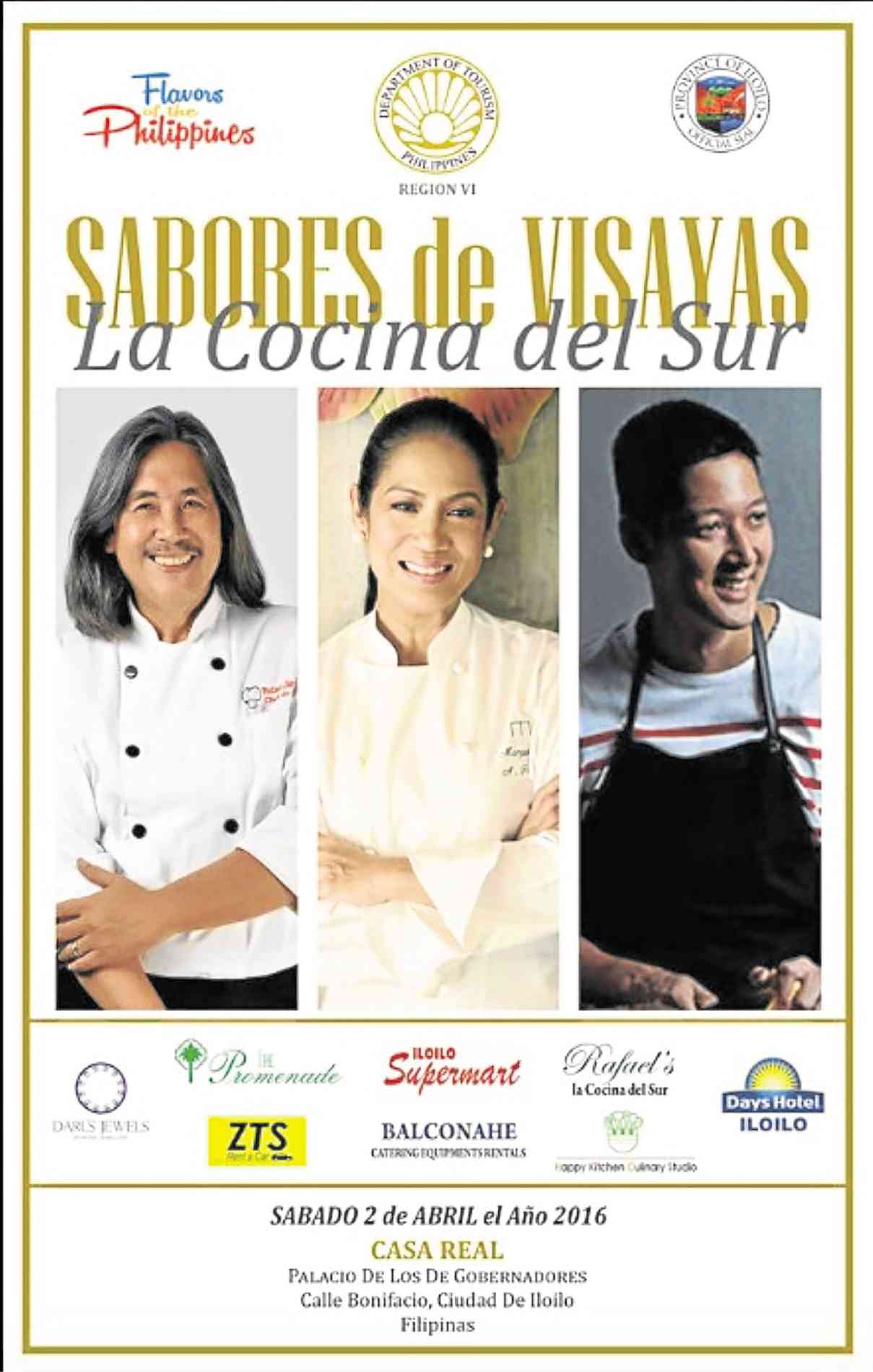 THE SECOND installment of the much anticipated gastronomy congress Madrid Fusión Manila promises to be a culinary milestone yet again.

To be held at the SMX Convention Center in Pasay City on April 7-9 with the theme “The Manila Galleon: East Meets West,” it gathers food aficionados from across the world to witness top-rated chefs speak about their celebrated careers, as well as inspire the community with their philosophies and contemporary cooking techniques.

The roster of chef presenters is just as stellar as last year’s. But there’s a lot more variety in 2016, with the likes of Virgilio Martinez of Central (Peru), Enrique Olvera of Pujol (Mexico) and Jorge Vallejo of Quintonil (Mexico) thrown into the mix of Spanish chefs. It includes Ricard Camarena of Ricard Cama-rena, Jordi Butrón of EspaiSucre, Dani Garcia of Dani Garcia, and Joan Roca of the world’s No. 1 restaurant, El Cellar de Can Roca.

Representing the East, with credentials as noteworthy as those of the West, are Nurdin Topham of NUR (Hong Kong), Kevin Cherkas of Cuca (Indonesia), Jungsik Yim of Jungsik (South Korea), David Thompson of Nahm (Thailand), Leah Cohen of Pig & Khao (US), and Yoshihiro Narisawa of the No. 2 best restaurant in Asia, Narisawa (Japan).

Three chefs from the Philippines made the list: Amy Besa and Romy Dorotan of Purple Yam Philippines and New York, Myke “Tatung” Sarthou, and Michael Aspiras of Scout’s Honor and Le Petit Soufflé.

Fil-Am Paul Qui of “Top Chef” fame and Qui restaurant was originally on the list, but had to be dropped due to his recent legal problems in the US.

Michael Voltaggio of Volt (US) and Gaggan Anand of Gaggan (Thailand) were also considered, but they couldn’t commit due to conflicts in schedule.

Fernando Perez Arellano of Zarana (Spain) is the latest addition to the list.

The Purple Yam restaurant owners have always championed the use of local ingredients, and this advocacy will be echoed in their talk as they remind everyone of their mantra: Use it or lose it.

“If we want to preserve something, we must eat it,” says Amy. “If we eat it, we buy it and if we buy it, we give it commercial value. If it has commercial value, then maybe the land owner will choose to keep fruit trees and not be tempted to sell to a land developer replacing trees with condos.”

Sarthou will feature food from the south, specifically Tausug and Maranao ingredients and dishes such as junay, palapa and pinging na isda.

“I see Mindanao as the next culinary frontier of the Philippines,” he explains. “So much is undiscovered and it gives us clues to our culinary past.”

His talk is a slice off his soon-to-be-released cookbook,  “Philippine Cookery: From Heart to Platter,” where he deviates from the usual classification of Filipino cuisine into national, regional or provincial,  and instead uses cooking methods to understand, taste and recreate the dishes of the country.

Pastry’s wonder boy Michael “Miko” Aspiras will explain his creative process—something people have been curious about since he injected excitement and whimsy into the local scene with desserts that used such stuff as black charcoal and pig’s blood.

“It’s not brain surgery, but simpler than what most people think,” he says. “But definitely very inspired.”

He will go back to the foundation of flavors of his first dish, and for his second, will relive his days growing up as a curious kid on the streets of Manila. He said that he “went around the country in search of ingredients he can manipulate, pulverize and churn into milk powder, butter and flour to create a classic Filipino confection.”

Since this is a major food event, everyone’s expecting one’s palate to be teased and pleased. The Trade Expo will have over 50 F&B exhibitors to showcase their products and services.

For the ultimate dining experience, there’s the regional lunch hosted by the Department of Agriculture, headed by Undersecretary Berna Romulo-Puyat and curators Nina Daza-Puyat, JJ Yulo, Alicia Sy and this writer.

While this was staged last year in separate venues, this year the thematic dishes by handpicked chefs will share the space with the Luzon, Visayas and Mindanao buffet by Via Mare.

To celebrate her recognition as Asia’s Best Female Chef, Margarita Forés will have a booth for all days, allowing guests and delegates to sample her take on the three themes.

Market tours, dinner with the stars, cooking demonstrations, gourmet fairs and food shows are set for the coming weeks; one that’s worth going to is the exhibition at Metropolitan Museum of Manila, “Tapas: Spanish Design for Food.” Running April 1-July 16, it presents a historical overview of the marriage between food and art, photography and movies.

The World Street Food Congress, organized by Makansutra, will allow not only a healthy exchange of ideas between entrepreneurs and culinary ambassadors, but also delicious servings of iconic street eats from various countries.

The Flavors of the Philippines will have a cook-off and a showcase of Bulacan delicacies in central Luzon; a food tour that will introduce guests to Camalig pinangat and laing pasta in Bicol; the Binaki Ug Kape festival in Cagayan de Oro; and a pub crawl in Davao.

The stage is set for Madrid Fusión Manila 2016, when the Philippines becomes the hub of gastronomy in Asia.

For more information and to check the schedules, visit madridfusionmanila.com.