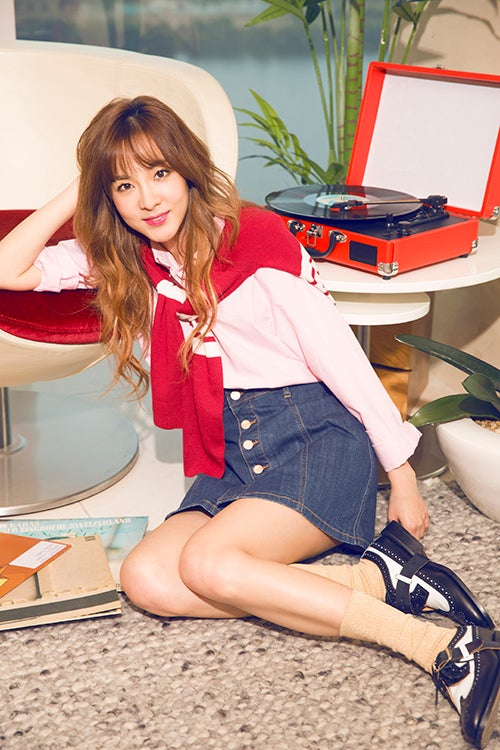 It’s inevitable. When you’re interviewing Sandara Park, you will end up switching to Tagalog. It shouldn’t be a surprise, really, because long before she became 2NE1’s Dara, she was the Philippines’ “Pambansang Krung Krung,” who first stole hearts with her tearful Star Circle Quest audition.

Penshoppe flew Sandara to Manila last week for a series of events.

Sandara isn’t just fluent in Filipino, even her sense of humor is very Pinoy. When asked about her life as a student, she said, “Hindi ako mahilig mag-aral. Favorite ko talaga ’yung recess time and lunch.”

Penshoppe signed Sandara as one of their ambassadors last year, adding her to their lineup of supermodels and Asian superstars. “Who wouldn’t say yes to Penshoppe? I love their clothes and lalong mahal ko ang Penshoppe because they’re really funny, they’re really cool. They’re very easy to work with.”

It’s remarkable how real, grounded and endearingly unassuming Sandara has remained despite her fame.

“Si Sandara ’to,” she introduced herself, first at the press conference at Edsa Shangri-La Hotel and then later that day at Penshoppe’s DenimLab fashion show at Trinoma’s Activity Center, as if they didn’t know who she was, like she wasn’t the reason people had flocked to the hotel and the mall in droves, like she wasn’t the cause of their fervent screaming.

The next day, at her Meet and Greet event at SM North Edsa’s Sky Dome, she expressed concern for her fans. “Do not push para walang masaktan… Nakita ko ’yung picture niyo nakapila sa labas at mainit so nag-worry ako sa inyo.”

When her fans sang to her at the Meet and Greet, she said, “The best kayo!”

She was grateful for the chance to see them, she said. “Ang daming tao! Konti lang ’yung chance na magkita tayo so thankful ako sa Penshoppe for making this happen.”

She showed her gratitude in many ways. First, by accommodating 50 more fans for the meet and greet than the originally planned 100, gamely posing with them and greeting each one with hugs and her trademark warmth. And then by making the effort to get out of the car to say hi to the fans who weren’t lucky enough to get inside the venue and who had waited for her for hours outside.

When the meet and greet was over, she didn’t want to go. “Ayoko umalis, pa’no ’yan?” she asked host Robi Domingo. Then she turned to her fans, “Sobrang mahal ko talaga kayo.”

Sandara may have left the country but she is looking forward to coming back for her future projects with Penshoppe. “More pictorials, sana meet and greet pa sa ibang cities like Cebu, sana, wish ko lang.” 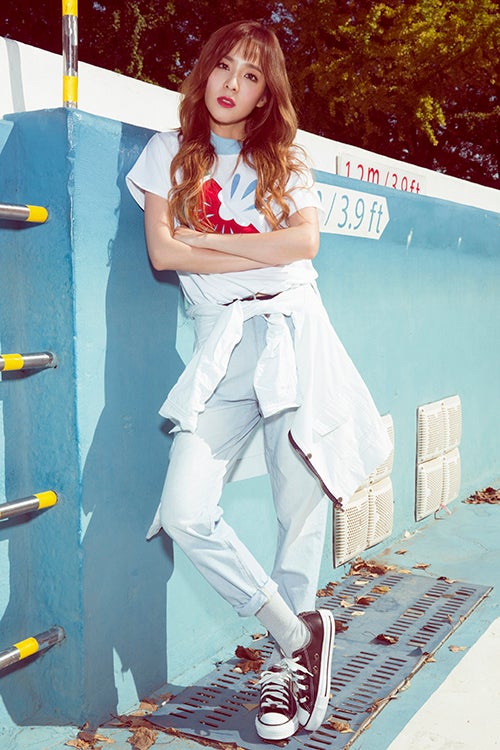 How does it feel to be back in the Philippines?

It feels so good. Ito lang ang hinintay ko sa Korea. I was looking at the calendar, one more day, one more day.

You’ve worked with Penshoppe for a while now, what do you like about the brand?

First of all, I like the clothes and ’yung mga taga Penshoppe are very easy to work with and hardworking. Every time may photo shoot kami, ang ganda ng mga concept so sobrang nag-enjoy ako.

Do you have other favorites from the new Penshoppe collection?

Are you excited about the meet and greet tomorrow?

Of course! Sobrang nervous ako and excited. Tinext ko ’yung manager ni Mario Maurer, what do you usually do ’pag may meet and greet? ‘We play and take pictures’ so wow, I’m really really excited.

Do you know some of the fans who will be going tomorrow?

Your Filipino fans are incredibly loyal, what would you like to tell them?

How long are you staying on this trip?

What other projects should your fans watch out for?

Tell us about the movie.

I know you always meet up with old friends, what else are you doing on this trip?

We know you love Filipino food, what was the first thing you ate when you landed?

What else do you want to eat on this trip?