Sablefish and Arctic char from Canada, lamb and wine from Sardinia | Inquirer Lifestyle 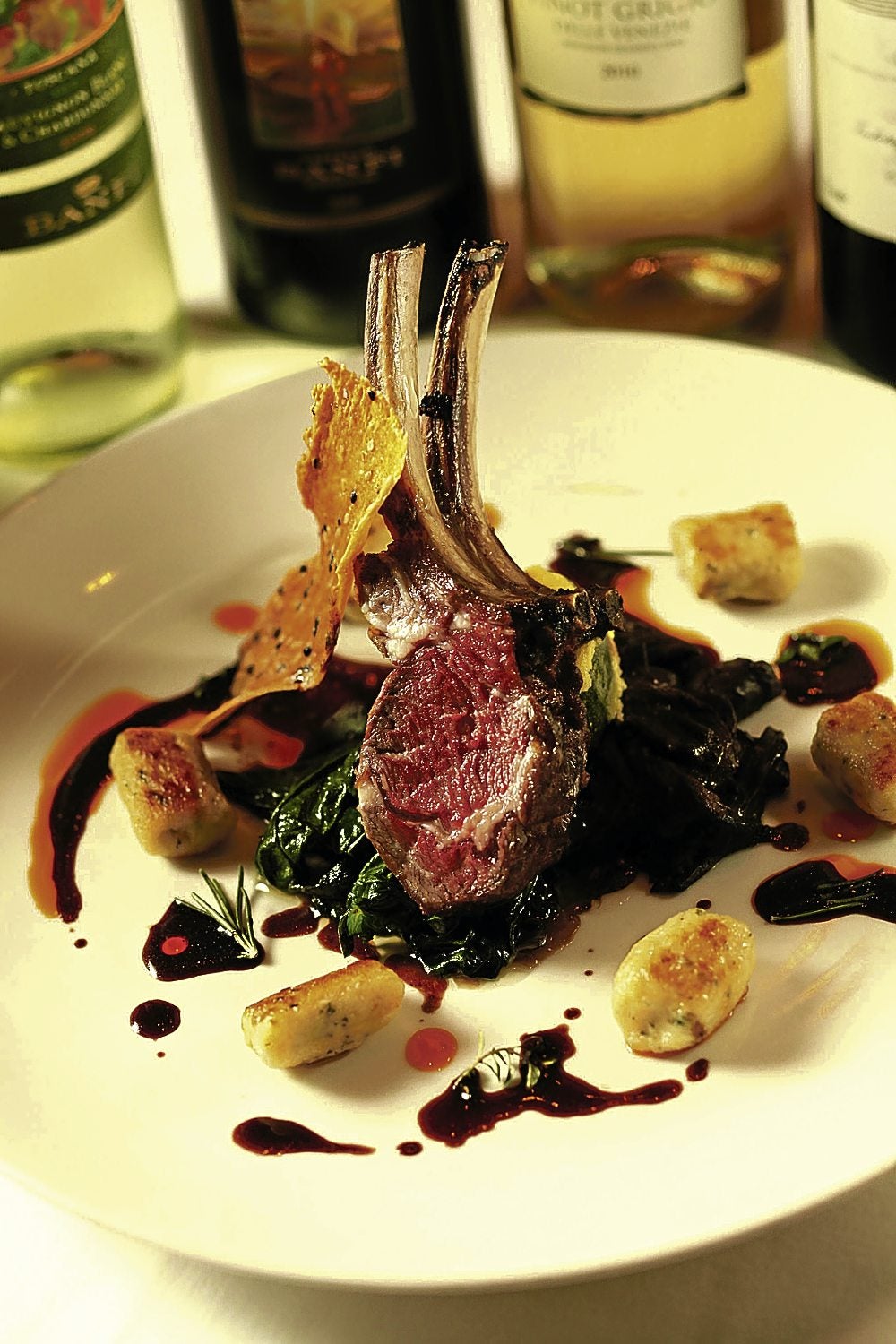 Sablefish and Arctic char from Canada, lamb and wine from Sardinia My first instinct when attending another country’s food festival is to zero in on the unfamiliar. For the Canada Food Festival, it was beaver tail. It looked like a flattened doughnut (without the hole) and it tasted like it, dipped in a maple syrup concoction. It was explained that beaver is the country’s national animal.

The festival chef was Canadian Damon Campbell from Vancouver, British Columbia, also the executive sous chef of the Edsa Shangri-La Hotel. He looked like he was thrilled to show off his country’s cuisine, even the beaver tail, but he also wanted to promote the first-class ingredients Canada exports all over the world.

Being from British Columbia, Chef Campbell said he wanted to highlight the fresh seafood the place is known for.

“I incorporated three different types of salmon in my dishes with two different cooking techniques—cooked and salt-cured,” he said.

The sockeye or Pacific salmon, especially, is considered native Canadian. The chef also included two of his favorite fish—sablefish and Arctic char. Those were also the favorites during the tasting. The texture of Arctic char (Salvelinus alpinus) reminded us of rich cod. Campbell flavored it with maple black syrup and pepper. Sablefish (Anoplopoma fimbria) was like Chilean sea bass, the popular name for Patagonian toothfish. The chef glazed it with a spiced maple syrup.

Of course, when Canadian food is promoted, maple syrup has to be there whether used as a sauce for the fishes or in the wonderful desserts. The maple leaf is incorporated in Canada’s flag.

But the chef also made sure that the different regions of Canada were represented, in the duck confit with caramelized sauce done in the style of Montreal; the salted pork and white bean cassoulet of Quebec; slow-roasted beef loin representing Alberta; and French Kiss oysters from New Brunswick.

Campbell was chef de cuisine at Lafite, the highly rated fine dining restaurant of Shangri-La Kuala Lumpur. He represented his home country in many culinary competitions, reaping gold medals in Germany, Luxembourg and Switzerland. He has worked in many restaurants in Canada and the United States, one of which is The French Laundry in Napa Valley.

Asked what important lesson he learned from the eminent Thomas Keller, Chef Campbell said, “Being a great chef isn’t just a profession; it is a lifestyle.”

“Canada HEATs It Up” is on until November 20 at Heat, Edsa Shangri-La, Mandaluyong. For reservations and inquiries, call 6338888.

The unfamiliar element at the “Food and Wines of Sardinia” were the wines. Four Contini wines were to be tasted at lunch, and each one was described by wine specialist Fabricio Mennella. What he stressed is how the Vermentino grape variety is a Sardinian exclusive, and while it can be grown elsewhere in Italy, it can only be claimed by Sardinia. It’s like champagne that can only be claimed by the French Champagne region, and all the others have to be called “sparkling wine.”

What was great about having lunch with Mennella is that he is Sardinian and so has something personal in his stories. He said his mother is still back home in that second-largest island in the Mediterranean where there are many centenarians probably because of the laid-back lifestyle and unpolluted environment.

Its ancient people were the Shardans, who dominated the area for thousands of years but whose people were decimated by a tsunami in 1000 B.C. It has been under the rule of Phoenicians, Romans, Vandals, Arabs and the Spanish. The Spanish ruled the island at about the same time they subjugated the Philippines. The remains of huge towers are remnants of that period.

Fish is Sardinia’s favored food and we started the lunch with red mullet and scallop ceviche, a wonderfully light dish. From the red mullet is Sardinia’s famous botarga or the roe. Fish farms or pescharia, said Mennella, raise eel and mullet. The dish was taken with the Vermentino di Sardinia.

The soup was also of fish with shellfish, flavored with fennel. It came with grated Pecorino cheese on the side, the cheese a specialty of Sardinia. The Karmis wine taken with it combines the Vermentino grapes with the Vernaccia that is used in Contini’s dessert wine.

The slow-roasted lamb rump was marinated in garlic and rosemary and you could smell that. The gnocchi is not made of potatoes as it is in other Italian regions, but of durum wheat and made richer with pecorino. An excellent aromatic red accompanied the meat course, the Cannonau di Sardinia.

Dessert was seadas, a Sardinian fritter with Pecorino within and made sweet with honey. The dessert wine was amber-colored Vernaccia di Oristano, which Mennella said carries the aroma of the Sardinia countryside.

This Sardinia wine pairing menu will be available the whole month of November at lunch and dinner at The Prince Albert Rotisserie of the InterContinental Manila in Makati. Call 7937000.