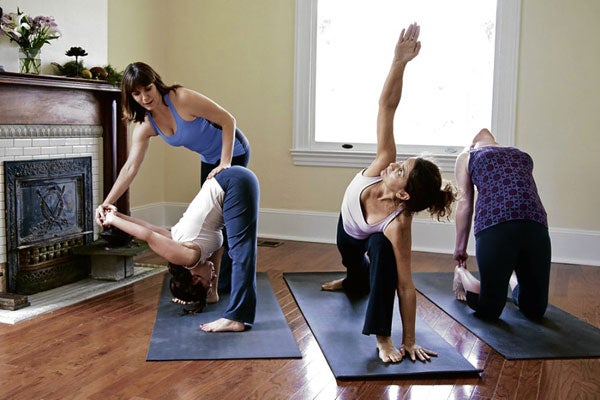 Yogis, prepare yourselves for a different kind of ‘Zen’.

A female resident of Calgary in Canada has introduced a new variation to the globally popular exercise, which was dubbed as ‘Rage Yoga’.

Citing reports from the Huffington Post, the unlikely trend combines yoga poses with pints of beer, screamed profanity, and Metallica and Black Sabbath.

Canadian Lindsay-Marie Istace, who added a new twist to the traditional work-out, encourages her students to yell, swear and even burp during sessions, while a variety of heavy metal songs play in the background.

If the stretching is a bit too much, yogis may also take “hydration breaks” or grab a sip of beer or wine before continuing.

Laughter is also heavily encouraged for students finding themselves falling during a tricky pose.

“I think there are a lot of people intimidated by the usual yoga culture”, said Istace.

Rage Yoga sessions are only available every Monday and Wednesday in Dickens Pub in Calgary Canada, but Istace is looking to bring ‘Rage Yoga’ to more subscribers online in the near future.