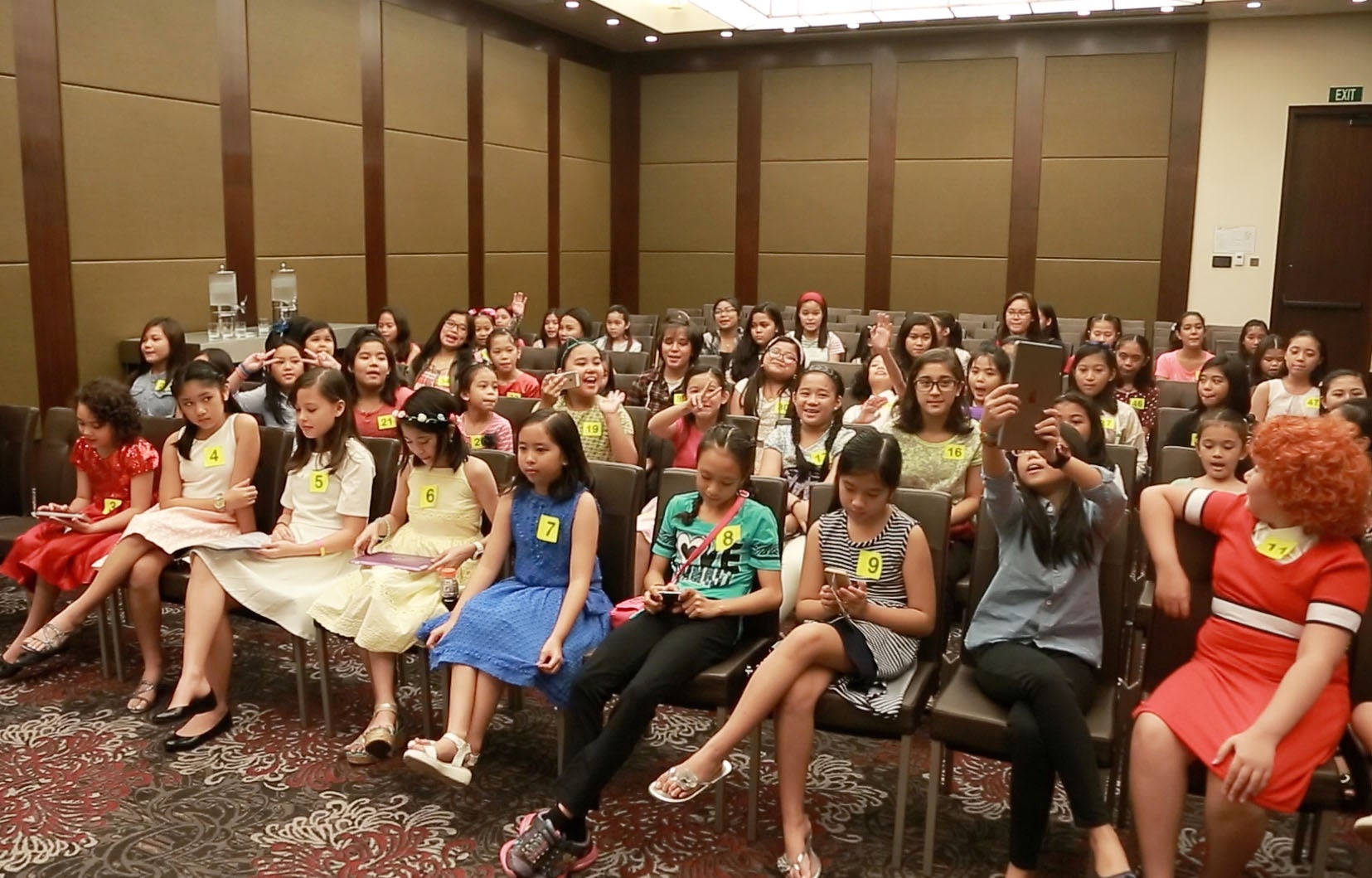 Annie hopefuls sit and wait for their turn to shine as Resorts world Manila prepares for its seventh theater offering in September. Online auditions are still ongoing from April 11-15. Visit www.facebook.com/rwmanila for more details.

After making a star of Monica Cuenco in Bituing Walang Ningning: The Musical, Resorts World Manila (RWM) the country’s premier tourism destination, through Full House Theater Company and in cooperation with MTI New York, is now searching for its next theater star.

Working on its seventh theater offering, RWM is giving girls aged 10 to 13 a chance to land the lead role of Annie via its online auditions from April 11 to 15, 2016. Hopefuls must have no fear of handling a dog as the musical will also star Annie’s beloved pet Sandy.

“First of all this young actress needs to be a tough kid. She needs to be strong because she’s going to be performing in 90% of the show.” said Annie Director Michael Williams. “It’s seems like a simple role but it’s not. This child, as created by the author, we find her in 1930s America right after the fall of the economy. Annie is the spirit of optimism and hope whose battle cry is ‘the sun will come out tomorrow’,” he adds.

The online auditions are also open to those who would like to try out for the role of orphans Molly (Annie’s best friend aged 6), Kate (the shy but friendly orphan aged 7), Tessie (the crybaby aged 10), Pepper (the bossy one aged 12), July (the quietest orphan aged 13) and Duffy (the oldest orphan). Girls aged 6 to 13 (or 14 and 15 year olds who can pass off as 13), are welcome to audition for the roles.

All hopefuls for the role of Annie and the orphans must have strong singing voices, proficient in English and must be able to follow choreography.

“It would be great if they have some kind of training, but if not we can workshop them into increasing their stamina, their vocal abilities, and reinforcing their constitution by working them out within the parameters of the show,” said Williams.

Interested aspirants may upload a video of themselves singing any of the four songs included the musical namely “Tomorrow’, “Maybe”, “It’s a Hard Knock Life”, “You’re Never Fully Dressed Without A Smile”. Video uploads must be set to “public” in either their own Facebook page or that of a guardian.

Video uploads must then tag the RWM Facebook page and use the hashtag #AnnieRWMOnlineAuditions. Video quality must be in landscape orientation and at least 480p in resolution. 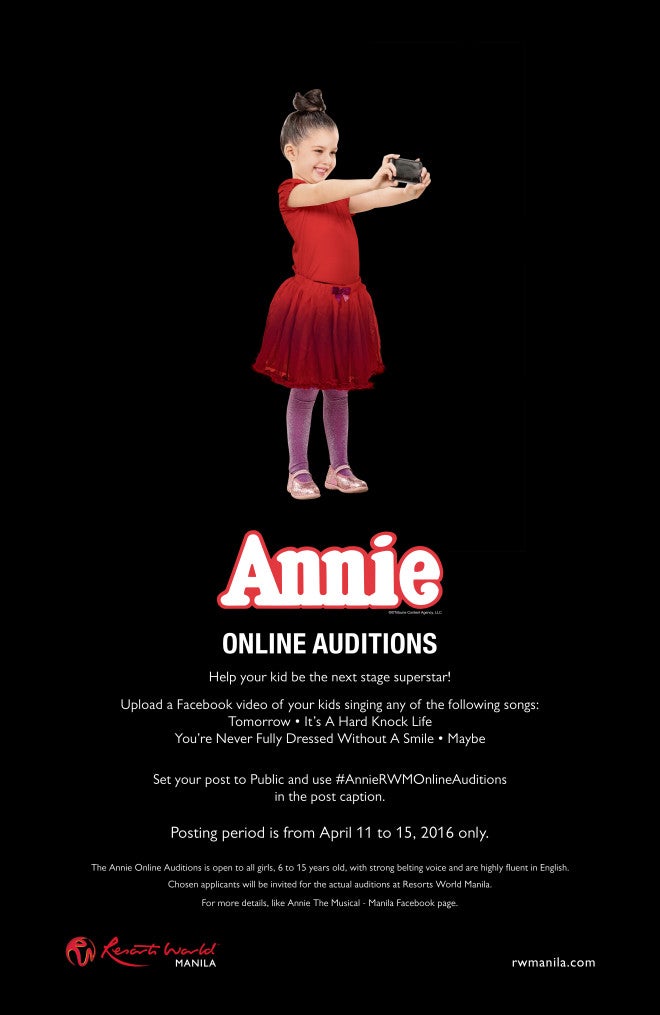 Annie is based on a beloved children’s comic strip from Harold Gray which was turned into a Broadway musical in 1977 having a record-setting run of nearly six years. RWM’s own production of Annie is set to open in September this year at the Newport Performing Arts Theater, Resorts World Manila. For more information and updates on auditions, visit www.facebook.com/rwmanila.

Also home to RWM is NEWPORT Mall which features international luxury brands, state-of-the-art movie theaters at Newport Cinemas, an award-winning, ultra-modern Newport Performing Arts Theater (NPAT), and a cozy, 24/7 entertainment hub at Bar 360. Dine in one of almost 50 restaurant outlets offering a diverse selection of local and world cuisine, prepared by top Filipino and foreign chefs and paired with a wide selection of the finest wines and popular liquors.