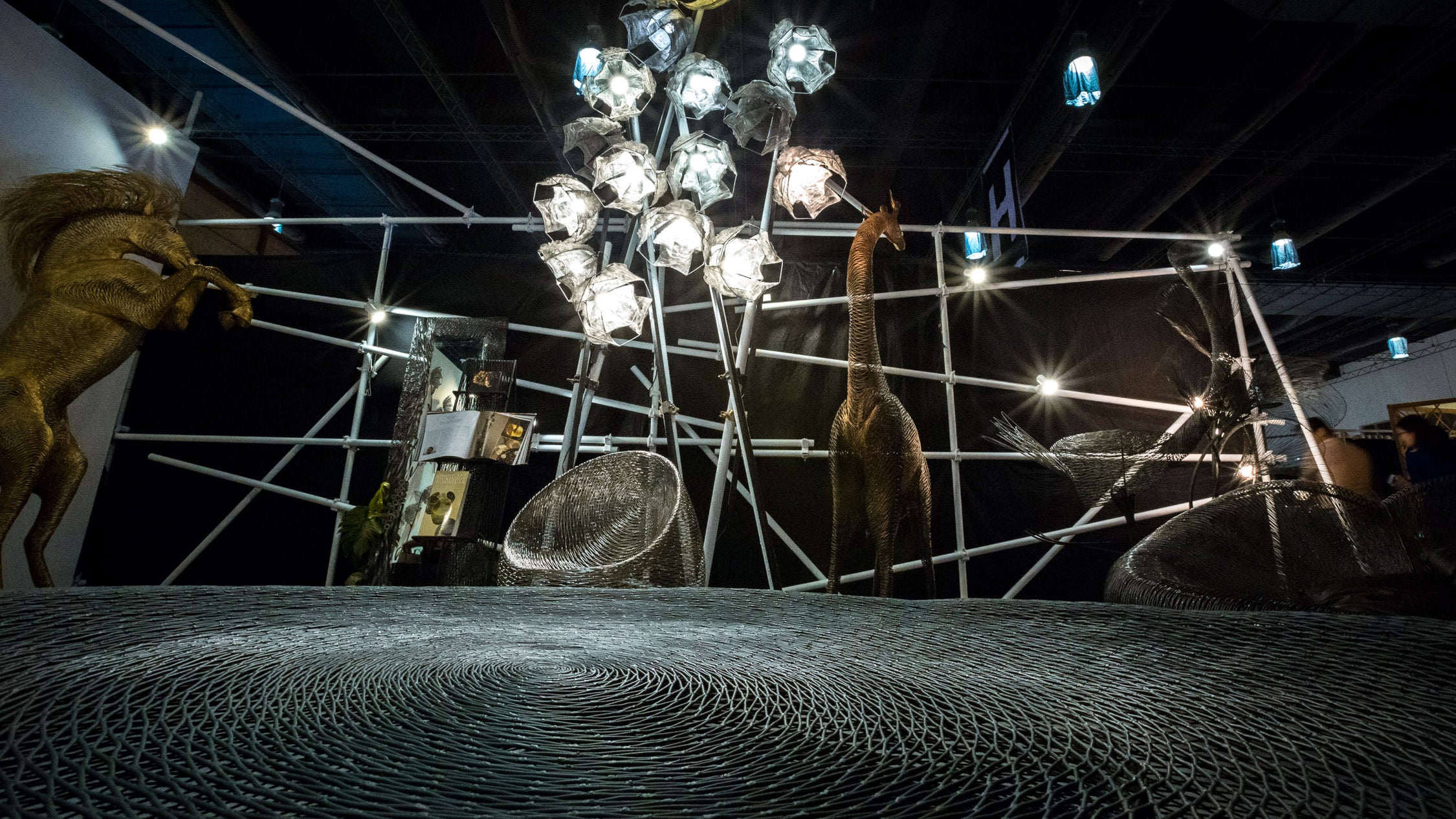 Boutique designs or high-end and high-concept sophisticated products for the home, fashion and the Christmas season will be the come-ons of the 63rd edition of Manila FAME this month, according to Antonio “Budji” Layug, creative consultant of the highly awaited trade show.

Manila FAME, set April 21-24 at World Trace Center in Pasay City, will be relatively smaller since the furniture show has already been held last March, Layug said. “We’re going back to the original Manila FAME, which was part of the Asian cycle. While this month’s FAME is still big, the main show in October will combine furniture and home furnishing.”

The boutique edition of the biannual trade event—organized by the Department of Trade and Industry (DTI) through the Center for International Trade Expositions and Missions (Citem)—will highlight companies that have been consistent in promoting their brands here and abroad, via the Design Philippines branding, said Layug.

Buyers can expect known Philippine design entities like Schema, Triboa, Ito Kish, among others, on the exhibitors’ list.

Design Philippines is a program designed to assist local designers, manufacturers and exporters with product development, linking them to both local and global design industry experts.

Under the new boutique setup will be “Y’ARI” by curator Marian Pastor-Roces, which will feature high-end bespoke products created by village artisans with designers. It will include fashion pieces using fine materials like piña silk and pearls.

Then there’s designer Ito Kish’s “Spring Forward,” a selection of the furniture designer’s and other artisans’ home accessories for indoor and outdoor settings.

According to the Manila FAME website, it will be a showcase of the “versatility and potential of Philippine products.”

Other highlights, Layug added, include The Artisans’ Village which will feature local artisans and craftsmen from different regions, focusing on traditional crafts such as weaving and wood carving.

It is curated by PJ Arañador with Rachelle Dagñalan and Imelda Datul.

Then there’s Manila Wear, curated by Josie Natori, a segment that is undergoing transition, said Layug. Natori is working to bring in new blood and a new composition to the fashion segment, Layug noted. It is expected that Manila Wear’s new direction would be in full swing by October.

Red Box, a mentoring program set up in 2013, will also be an interesting feature, meant to encourage new designers and startups. A workshop will be mounted in the lobby. (In October, Lulu Tan-Gan will mentor Red Box’s fashion segment, while Layug will continue to guide the furniture and home accessories designers.)

Layug said they’re expecting buyers from the region, and from the Middle East, Europe and United States.

Owing to the global political and economic situations, there has been a decline in the volume of foreign buyers, he said, but “the big buyers still come.”

Buyers like to discover new designs and designers, so it’s imperative for Filipino designers always to have something to interest them, said Layug, himself a successful furniture designer and design consultant. “But if there’s nothing to discover, they go to the other fairs.” Thus, Citem’s decision to hold a smaller, more curated show, added the chair and COO of Budji + Royal Architecture Design.

A designer who bucks trends, Layug wouldn’t elaborate on what exhibitors will show at Manila FAME. He did say that lighting is a growing category in Philippine design.

“Right now our strength is in lighting,” he said. “We don’t have the technology, so our design has an organic feel. There’s a handcrafted quality to the design. It’s a growing category. We need to promote it more in Design Philippines.”

While showing at Manila FAME gives local artisans and designers the much-needed local exposure, Layug stressed that they also need to show internationally.

“If you don’t, you become [just] a manufacturer,” he said. “They come, they buy your product, and they put it in their showroom under another brand. If you want your own brand, you have to be out there and promote it regularly. If you show and do retail only here, the buyers will just buy what they need and you don’t get to build your brand. You don’t get the exposure. You also have to be in the major international shows like Salone del Mobile in Milan or Ambiente in Frankfurt.”

At least two companies have been quite successful in gaining global attention under the Design Philippines brand, Layug added. Local companies must have good, modern designs and fine craftsmanship, and be consistent in their presence in trade shows “even if the initial cost is expensive, or foreign buyers will think you’re not serious.”

Layug said the DTI and the Finance and Tourism departments in the Aquino administration have been good and generous in their support of the design community.

But he’s ambivalent about the outcome of the coming elections.

“A national leader should be culturally minded, in terms of the identity of the people and country,” he said. “There should be a cultural program for the people with emphasis on the arts. This administration was very supportive, especially in the first five years. Hopefully [the next administration will continue to] give the same support. Whoever wins, I hope they’ll give us the same support, because they need to understand that design means business.”