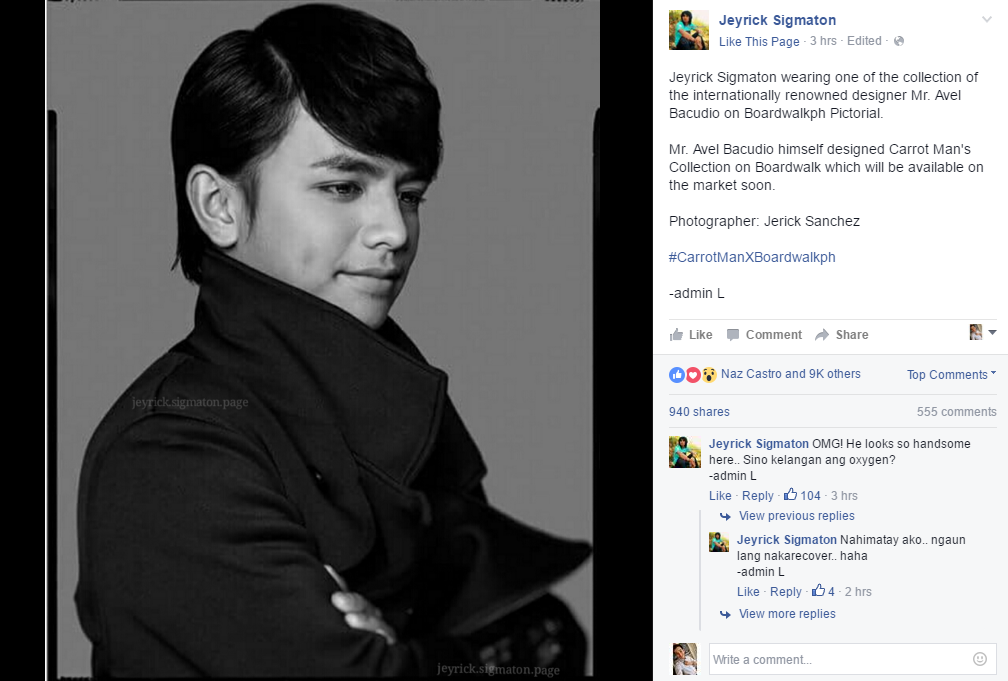 After trying out show business with his television appearances, the Igorot guy from Cordillera tries out modeling in true celebrity fashion.

Jeyrick Sigmaton, popularly known as “Carrot Man,” is the newest face of a clothing and footwear brand.

In its official Instagram page, Boardwalk Philippines shared a photo of Sigmaton wearing a hood in a photoshoot, welcoming the social media sensation to its family.

A photo of him wearing one of the pieces by designer Avel Bacudio for the Boardwalk pictorial was also posted on his Facebook page.

Sigmaton, a 21-year-old vegetable farmer from Mt. Province, became an instant celebrity after his picture carrying a basket of carrots went viral on social media. Netizens have pointed out his resemblance to Korean actors. YG/RC