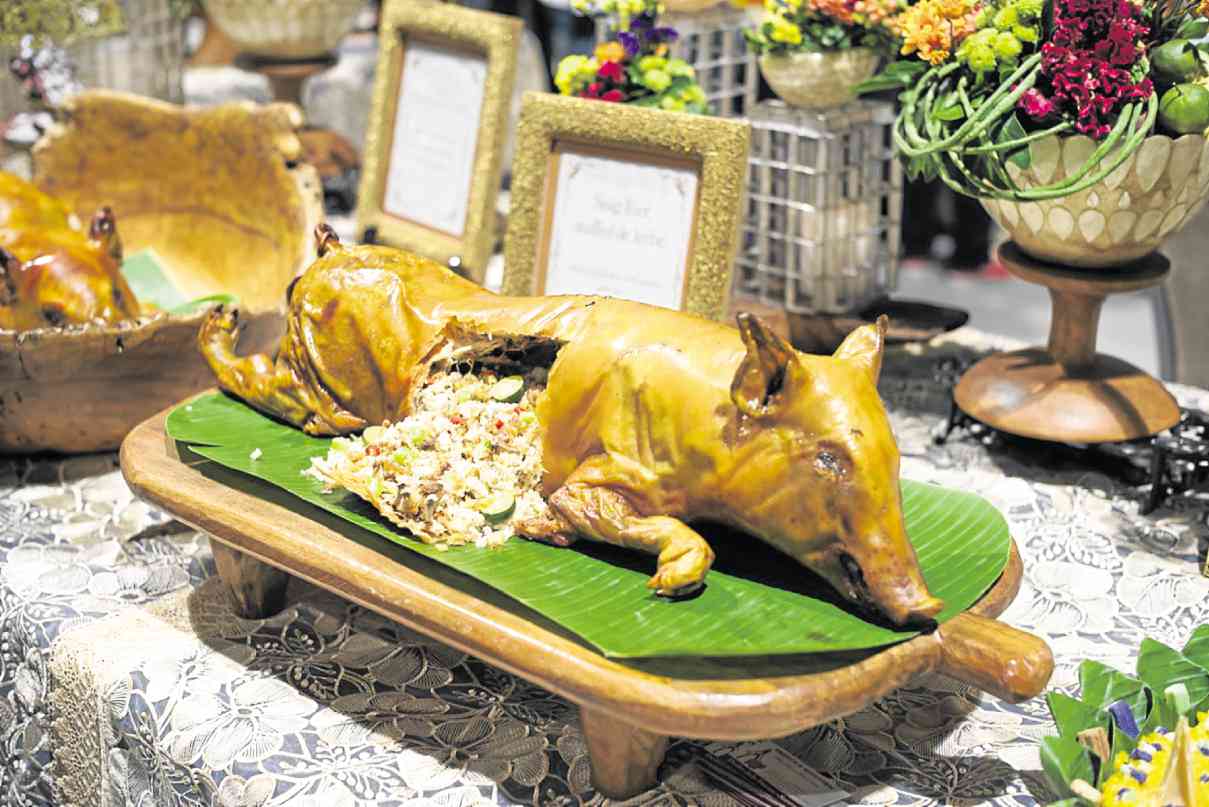 Two years into the five-year contract that the Department of Tourism has signed with Madrid Fusión to hold a spin-off event in Manila, a significant number of people continue to be baffled as to what is actually going on, and also why it is given the incommensurate amount of coverage that it receives in the press and on social media.

The perplexity is fully justified. From the coverage, it seems like a bunch of international chefs that most people haven’t heard of doing a great big confab with the foodie community, and the rest of us just have to sit through it until their excitement dies down.

Madrid Fusión Manila is largely the brainchild of the Department of Tourism (DOT) to promote the Philippines as an Asian gastronomic hub, in cooperation with the Department of Agriculture (DA). The main event is a series of talks by local and foreign chefs, which range from presenting academic research to cooking demonstrations to stand-up comedy.

But like a bland Thanksgiving turkey, the best thing about Madrid Fusión are the side-dishes: the events organized around it.

The DA hosts its own series of lunches alongside the main one; last year these were shunted off into a series of side rooms, but they were so successful that this time around they were moved into the main dining room.

Berna Romulo-Puyat, the undersecretary for agriculture, assigned each day to an organizer or a team of organizers in charge of selecting and recruiting the various chefs and restaurants for each day, loosely based on a theme: Philippine Flavors (Nina Daza and Angelo Comsti working together); Breakfast and Snacks (JJ Yulo); and Street Food (Alicia Sy).

During the initial discussions, one of the more controversial decisions the organizers made was not to bring back any of the chefs who had participated the previous year.

I argued against it, because I felt that in their excitement last year, they had involved just about everybody in the food community, so that only second-tier chefs would be left, and they wouldn’t be up to the pressure of cooking to scale and the standard of invention required for Madrid Fusión.

I have never been so happy to be proven absolutely and embarrassingly wrong. I knew far fewer of the names from this year’s roster of the thematic lunches, but that’s due to my own ignorance and because I don’t get out as much as I should.

Instead of the usual suspects doing repeats of last year’s hits, an entirely new batch of young chefs—many with fledgling restaurants or who are cooking behind the scenes for consortiums—were thrown in with chefs well-known in their home province but not in Manila.

A few chefs who had been unjustly omitted from last year’s lineup finally got their chance to strut their stuff, like Rob Pengson and Happy Ongpauco.

It all worked out fortuitously in the end. The central buffet table (organized by DOT) was dominated by Glenda Barretto and a few other large players, delivering the food in its canonical form (though not devoid of ornamentation and invention, either), representing Luzon, Visayas and Mindanao for the three days, respectively.

On the tables flanking the sides of the hall, the young chefs (organized by the DA) were busy deconstructing the same: Balut became a crisp cracker with mousse and foam; salted egg became a three-layered jewel of umami striations topped with chawan mushi; an inspired ice-cream made with crab fat and served with shrimp.

One of my celebrity sightings was the booth being manned by Clara Reyes Lapus, daughter of “Mama Sita” herself in the flesh. In one room, the past, present and future of Filipino cuisine were present.

I’ve mentioned this before, but it is worth repeating in this context: Philippine cuisine is not a heritage that exists, but an idea, and a recent one at that, which is constantly being created and renewed.

I can think of few other crucibles for its progression than this yearly event. For that reason alone, the great industry confab and showcase that is Madrid Fusión needs to exist and extend its reach beyond the restaurant world and foodies.

Some people dismiss the event as an excuse for swooning groupies to get their pictures taken with rock-star chefs. But I personally think there’s nothing wrong with that, and a bit of glamour does nothing but gild the cornices of an altogether substantial event.

The vagaries of Philippine politics have had commentators whispering dark rumors of doubts about its continuity after the present administration is ushered out.

Madrid Fusión Manila 2016 was unreservedly a success, but there is also a strong sense among many, including myself, that it might have been a Camelot moment for Filipino food.

But, as I have noted, I am often wrong, and in this case I hope to be mistaken once more.