Cook with your colleagues, get married, learn pottery–Casa San Pablo is not just for ‘staycationers’ | Lifestyle.INQ ❮ ❯ 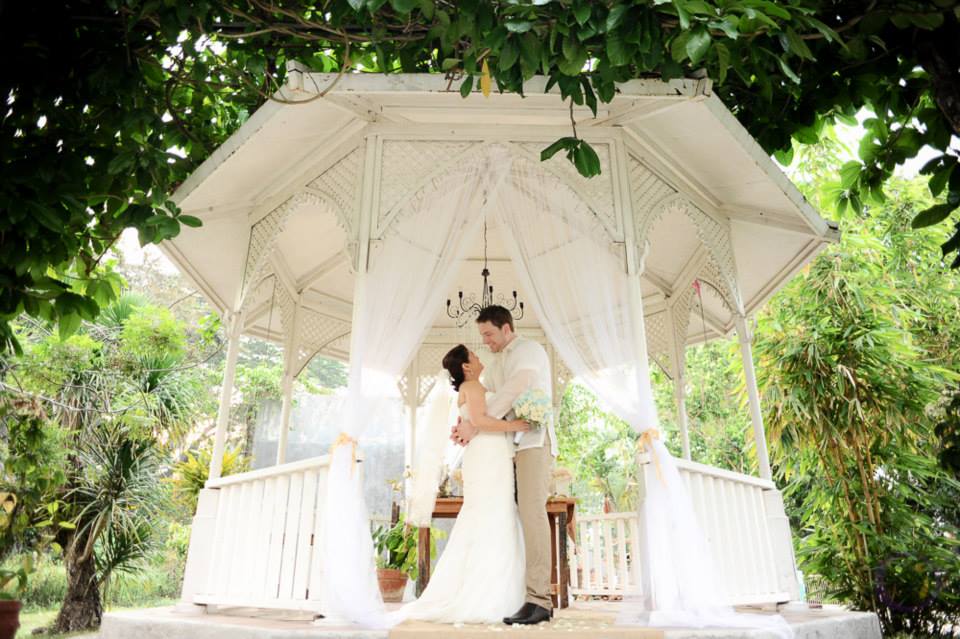 Cook with your colleagues, get married, learn pottery–Casa San Pablo is not just for ‘staycationers’

Whether he’s with longtime pals or a group of relatively new acquaintances, Boots Alcantara can work a crowd with ease.

At Casa San Pablo, the rustic and artsy bed-and-breakfast he runs with his wife (the writer, editor, clay artisan and innkeeper An), Alcantara pauses momentarily from his endless puttering around the sprawling grounds to chat amiably with office people on the tail end of their team-building seminar.

Later, at a lively lunch hosted by An for her old high school girlfriends, he’ll slip into the dining room to add yet another dish to an already generous spread of local home-cooked meals. After exchanging pleasantries with guests, he’ll exit quietly back to his string of chores.

A native of San Pablo, Laguna, Alcantara spent weekends and summers in the 6-hectare property owned by his grandmother Sinforoza Azores Gomez and her family. In the early ’90s, the family created Kay Inay Resort, opening the swimming pool in the compound’s common area to local tourists, then adding another pool and some pavilions to accommodate what turned out to be a bustling business.

Eventually the resort closed, but it would not be the last time the compound would take in guests. Inspired by the cozy B&Bs he and An encountered during their trips abroad, Alcantara founded Casa San Pablo in 1997.

Together with then fledgling potter Ugu Bigyan, he created cozy accommodations that showcased his “masculine, eclectic, Art Deco” aesthetic using distressed wood from old Quezon province homes and railroad tracks. The place was also an ideal exhibit area to display his extensive collection of art pieces and Hot Wheels cars.

Originally a two-room affair, Casa San Pablo now boasts of 18 rooms, which, with a little push of a sliding door and converting a single bed into a double-deck bunk, can comfortably take in anyone, from a couple to a party of 150.

“We’re used to entertaining people,” says Alcantara. “It’s natural for us, it’s easy, it’s not heavy. And people feel it, I think.”

Appropriately, that extra touch of making out-of-towners feel right at home has earned the B&B back-to-back Certificate of Excellence accolades (in 2013 and 2014) from Trip Advisor, the US website featuring guests’ reviews of hotels, restaurants, and other travel-related businesses around the world.

These days, the award-winning bed-and-breakfast some 70 kms from Manila is extending its brand of warmth and hospitality to more than the usual weekend staycationers.

Many companies have already discovered Casa San Pablo as a suitable venue for its three- to-four-day team-building programs and training seminars. Besides the abundance of space, fresh air and sunshine, the place offers out-of-the-box activities that foster camaraderie and creative thinking.

Sign up for a native cooking class, where you and your colleagues work together to prepare Laguna dishes, or learn upcycling techniques while bonding with officemates in a Junk Art Garden.

The B&B’s worry-free wedding packages are just that—complete, no-fuss plans that allow the bride and groom to focus on each other and their special day ahead. After exchanging I do’s next door in San Roque Church (or in the gazebo on the compound’s lush garden), celebrate with close family and friends in a reception area styled in one of several pretty themes of your choice, from hacienda and Tuscan to country chic and folk art.

Entrepreneur that he is, Alcantara (who hasn’t given up his day job as general manager of office furniture company Contract Design), admits that tapping new markets has been good business for the B&B.

Aware of the possibility of new players and their competitive packages, he knows that Casa San Pablo’s long-term success lies in its “continuous renewal and evolution,” he says, “so when guests come, they’ll always notice something different about you. You have to constantly come up with new products. That’s what makes it exciting. You can never be static.”

That, and the thrust of Casa San Pablo, are this innkeeper’s true motivators.

“First it’s the process of creating. I have the capability of making an idea happen,” says Alcantara. “Then it’s stewardship. When we set this up, it was a conscious decision between me and my wife to make San Pablo City known. So our name was chosen specifically to promote San Pablo, and everything we offer, from An’s clay storytellers to our coconut cooking tours, follows that direction. We want people to discover Laguna and San Pablo.”