From ‘mamon’ to ‘taisan’ and now cakes–this scion is on a roll | Lifestyle.INQ ❮ ❯ 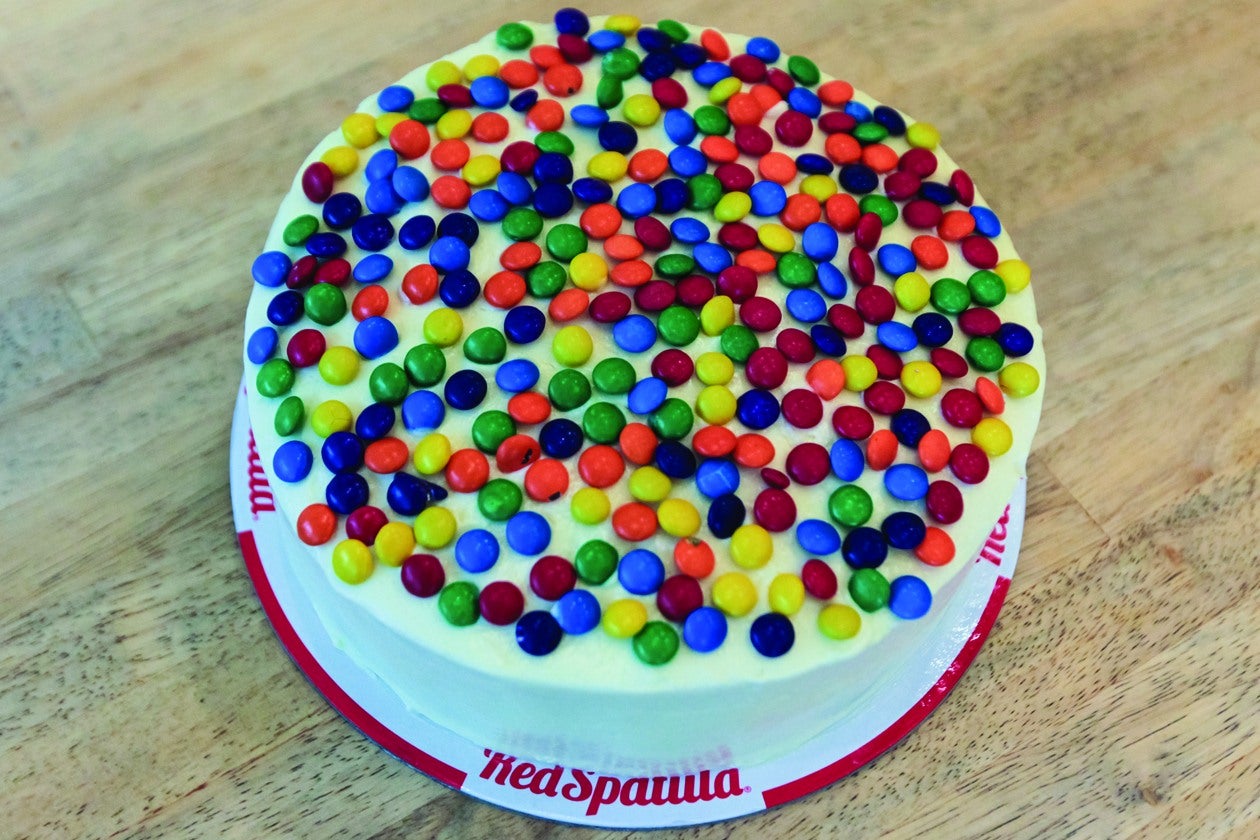 Julia Child said it best: “A party without cake is just a meeting.”

At Red Spatula, the specialty pastry shop known for its mamon, cakes are a delicious way to celebrate any occasion. In March, it rolled out its line of cakes to offer its clientele more baked goodies.

Red Spatula’s Luis Mercado says that, even as he was launching his taisan late last year, he was already planning to offer cakes.

“We are constantly in touch with our customers and, based on their feedback, many of them were asking for cake,” Mercado says.

Over other varieties, he eventually settled on vanilla butter cream and chocolate in 7-inch round cakes.

The chocolate cake is super moist, filled with caramel, with semisweet chocolate icing, and topped with white chocolate shavings. It has a deep chocolate flavor, while the frosting tempers the sweetness of the base with its bittersweet taste.

This one is soft like Red Spatula’s signature mamon, its frosting reminiscent of bakery cake from your nostalgic past. The chocolate bits are an extra that those with a sweet tooth will definitely appreciate.

The cakes might be no-brainers for any baking enthusiast, but finding the perfect recipe that would satisfy the taste buds of Red Spatula’s loyal customers was tricky. Finding the right balance of sweetness and the appropriate topping for each entailed some work.

“We offered the cakes on weekends in some branches and asked our customers for feedback. Older customers wanted a cake that wasn’t too sweet, while the younger ones wanted something that was really sweet. It took us some time to find the right amount of sweetness for our cakes,” Mercado says.

“There was also the filling and decorations,” he adds. “One client complained that the original look of the chocolate cake was too simple that it looked homemade. The white chocolate shavings proved to be best for this cake.”

Red Spatula had its initial success selling mamon in a bazaar at Lucky Chinatown Mall two years ago; it now maintains a number of kiosks in malls across Metro Manila.

Last year, the shop came out with taisan, an old-style buttery chiffon loaf that is generously brushed with melted butter and sugar.

Mercado says business has been brisk since then.

There are even suggestions to open kiosks in major cities in Visayas and Mindanao. While he entertains this idea, he prefers to focus on Metro Manila for now, perfecting his baked goods and learning more about the market.

Mercado isn’t exactly new to baking. His grandparents founded one of the most successful bakery chains in the country, Red Ribbon.

Drawing inspiration from the success of his grandparents and with the prodding of his
father, Romy, he studied
baking to prepare himself for the business, as a complement to his degree in business entrepreneurship.

He values the feedback not only of customers but also of his family, which joins the kitchen tests. Everything sold at Red Spatula has been given the family’s thumbs-up.

All items at Red Spatula are delivered fresh daily, from the mamon, taisan to the cakes. Goods left unsold are taken out of the shelves at the end of the day and returned to the commissary.

Mercado says a cake is best eaten on the day it is purchased. If kept refrigerated, it will stay fresh for at least five days.
For inquiries and orders, visit www.redspatula.com.ph or e-mail [email protected]