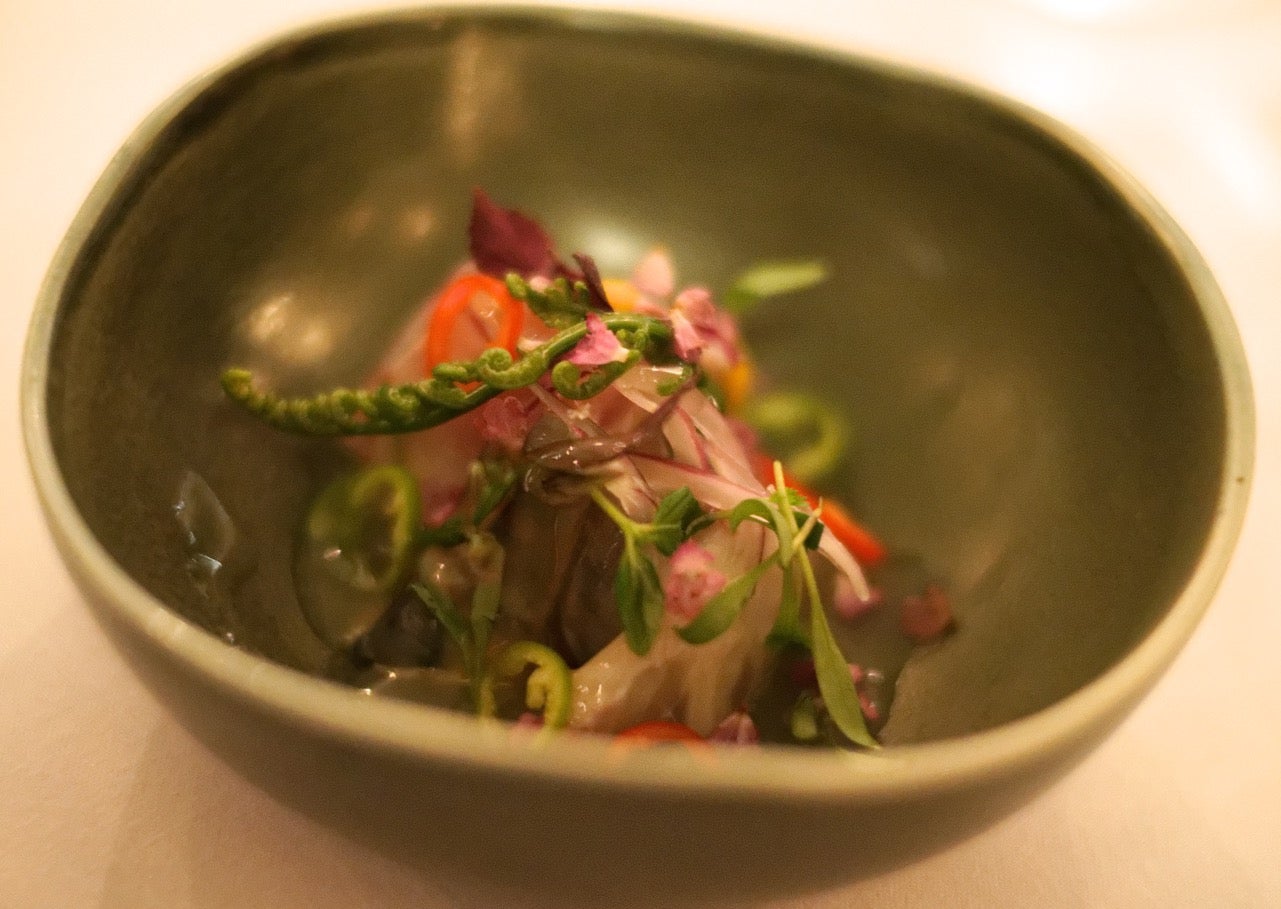 The dinner that marked chef Chele Gonzalez’s coming of age

“I never do four-hand dinners,” scowled an internationally renowned chef I had interviewed, who described himself as a “dictator” in his restaurant.

It’s easy to understand the chef’s attitude; his reputation is on the line, cooking in an unfamiliar restaurant usually without the safety net of his team. Ingredients have to be sourced, and they react in unfamiliar ways: the ideal sous-vide temperature for local pork is different from that of an acorn-fed pig.

It’s a good challenge for a renowned chef to work in new surroundings with newly discovered ingredients. And even the most megalomaniacal chef should get down and dirty in the sandbox with other chefs.

It helps if they respect one another, of course; it also helps if the diners would understand that what they’re eating is the result of an improvisation. The single biggest caltrop to getting an event like this off the ground is sheer ego.

I attended the collaboration between Yoshihiro Narisawa, Virgilio Martinez, and Chele Gonzalez, organized by Cheryl Tiu as part of her “Cross Cultures” culinary exchange program, and held at Gonzalez’s Gallery Vask in Bonifacio Global City. I’m not privy to how this dinner was put together; why pair Narisawa with Martinez rather than Jorge Vallejo or Jung Sik Yim, who were his collaborators for another six-hands dinner the next night? I suspect it had to do more with logistics rather than some deep underlying philosophical impulse.

Throwing different chefs with different cooking styles, and of course highly diverse cuisines, is always a gamble. But more often than not the results are serendipitous. Certainly no one was complaining that the fiery marinated sashimi from Narisawa was called a “Tokyo ceviche,” a term associated more with Martinez, who served something more whimsical, with pillowy squid framed by the crunch of potato leaves.

There is an obvious conclusion here other than the common ingredient of raw seafood prepared in styles from different parts of the world. I admired the chefs’ choice not be pedantic and have their dishes “represent” their national cuisines; this is not a regional food-tasting symposium, after all.

There is a reason, though, why these courses were able to mix and match with such ease despite coming from different corners of the world. At this level of haute cuisine, part of the challenge, and inevitably the tendency, is for chefs to reach for ever-increasing levels of abstraction in their creations. Yet they have to do this while remaining rooted in and representative of their origins and the best of local produce.

This is the miracle, as well as the peril, of cooking at this level: that a chef should create a dish indisputably born of its origins, and then take it to such a degree of elevation and refinement that it can take its place on an international menu, in the way that street or home cooking can’t. If you have a meal that consists of lomo salatado followed by sukiyaki and then Filipino bistek, that would be a very strange and indigestible meal indeed.

In the exquisite and rarified plates that modern fine dining turns out, cultures and influences can sit elbow-to-elbow more easily. And yet there lies the pitfall: it is a delicate filament that connects these rarified creation to its roots, and if you take it too far, or allow the thread to break, then the dish becomes void of meaning and context—just another product of the toys of a modern professional kitchen.

Underneath the camaraderie of a collaborative dinner is the pressure of not measuring up. In this regard, Gonzalez had a double task: providing the infrastructure that would allow his guest chefs to do their thing, while himself performing in the same league as two very highly respected chefs.

In this sense, Gonzalez, working as a Filipino chef and representing Filipino food, acquitted himself more than adequately. The murmur going around the tables as we finished the meal (at about 1 a.m.) was that this dinner marked Gonzalez’s coming of age—that his devotion to Filipino food wasn’t just marketing or whimsy, and that he had finally found a voice.

Why the elaborate coverage of a dinner that is over and will not be repeated? In the spirit of news you can use, there are more and more dinners such as these being organized throughout the year, either by Cross Cultures or by hotels and fine-dining restaurants. But mainly it’s because it will not be repeated, so all that’s left is the precious memory of what happened.