A trip to the ‘UNKNWN’ | Inquirer Lifestyle ❮ ❯ 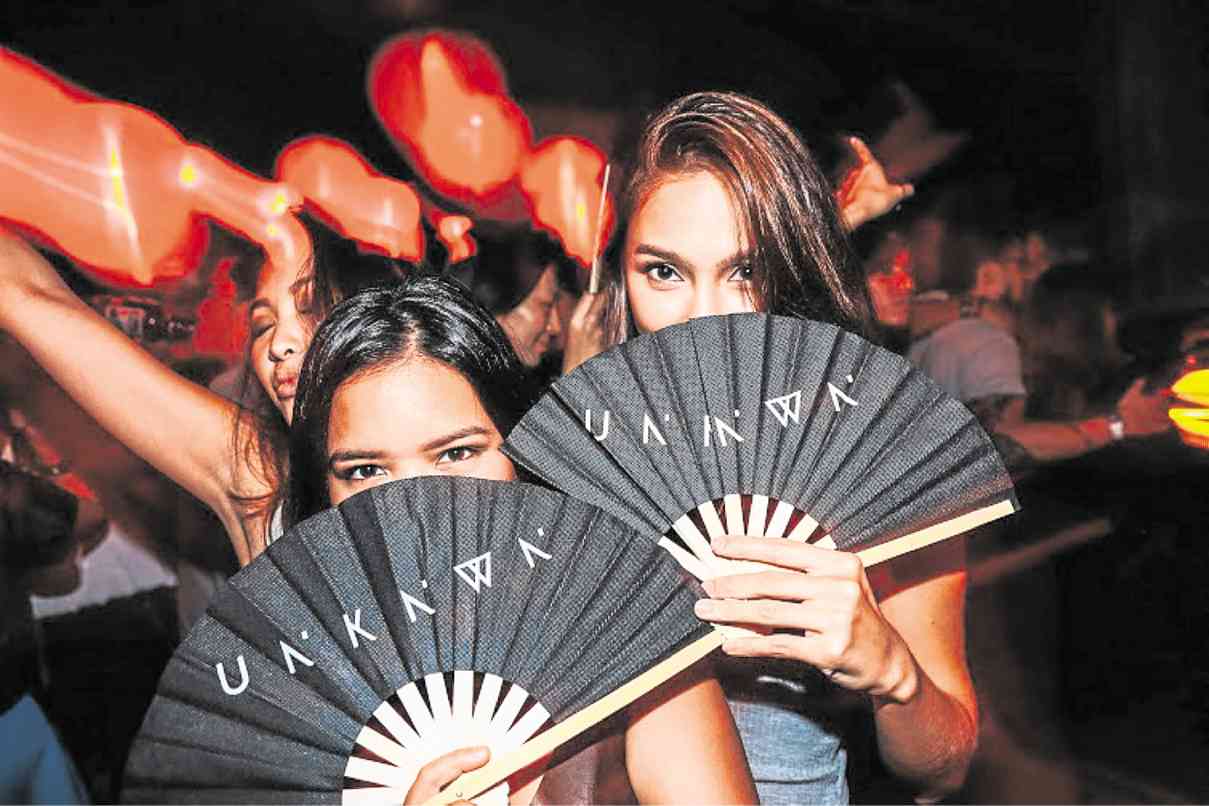 TWOparty punters dance the night away withUNKNWN fans in hand.

A trip to the ‘UNKNWN’

In cities like London and New York, kids belonging to Generation X would slither into warehouse parties guided only by a single number to call for directions. The location would remain unnamed until a week or a few days prior to the event. There were no guest lists or fake IDs. Not even hype men. It was just booze and DJ music; by the ’90s, the warehouse parties would be called rave.

“We just want to clarify that we are not pushing for EDM [electronic dance music] but rather electronic music culture which has existed long before the so-called ‘EDM’ hype,” explains Celine Ferros, one of the brains behind the event.

UNKNWN, according to its creators, was launched to promote electronic music culture. It has tapped the likes of DJs Emel Rowe of The Palace Pool Club and Samantha Nicole who’s playing for Today x Future.

It has also teamed up with Cosmopolitan Magazine’s former beauty editor Regina Belmonte and Ferros, former publicist of Malasimbo Music and Arts Festival.

UNKNWN events are held in secret venues all over the metro.

Organizers have to keep their mouths shut until locations and DJs are identified a week before the event.

Ferros stressed out that this concept has been happening all over cultural capitals of the world, including New York, London and Los Angeles where house and techno music have a strong following.

Manila has also had rave parties back in the ’90s; and with the continued popularity of music festivals of late, Ferros believes Filipinos are now “ready for a new and refreshing concept.”

It’s for everyone who are tired of hearing the same songs played over and over again in the usual big-logo ridden EDM concerts. It’s a new avenue where partygoers can enjoy niche and more underground sounds. Hence, a more organic musical experience.

There are no fist-pumping and jumping all over the dance floor with one beer in hand. People who come here just dance.

After its launch on Feb. 27 with a roof-deck party at City Garden Grand Hotel in Makati, feedback from guests has been “incredible,” says Ferros.

“Many of our guests are tired or do not like the clubs that Manila is usually populated with—big, fancy, sparklers, bottle service, see-and-be-seen places, she points out. “But most of all it’s the music—there are lots of people, both locals and expats, who are seeking out this music because they do not like the commercial, mainstream EDM played in most venues. We are hoping to fill that void.”

UNKNWN has kept its wheels turning with a second party last March 12, taking over Black Market in Makati with a jungle-themed party.

Headlining the show was producer Trus’me, a label owner of Prime Numbers who hails from the United Kingdom.

“My sister and I find this place refreshing. People don’t care what you’re drinking or who you’re with or what you’re wearing. Everyone was just having fun,” says Kathleen Rodriguez.

While most clubs can allow people entry only if they’re on the guest list or they’re wearing appropriate clothes, UNKNWN pushes for a “no entitlements system” which does not discriminate on who gets to enter the venue.

The locations of the parties are held in venues with limited capacity, giving it a clandestine feel.