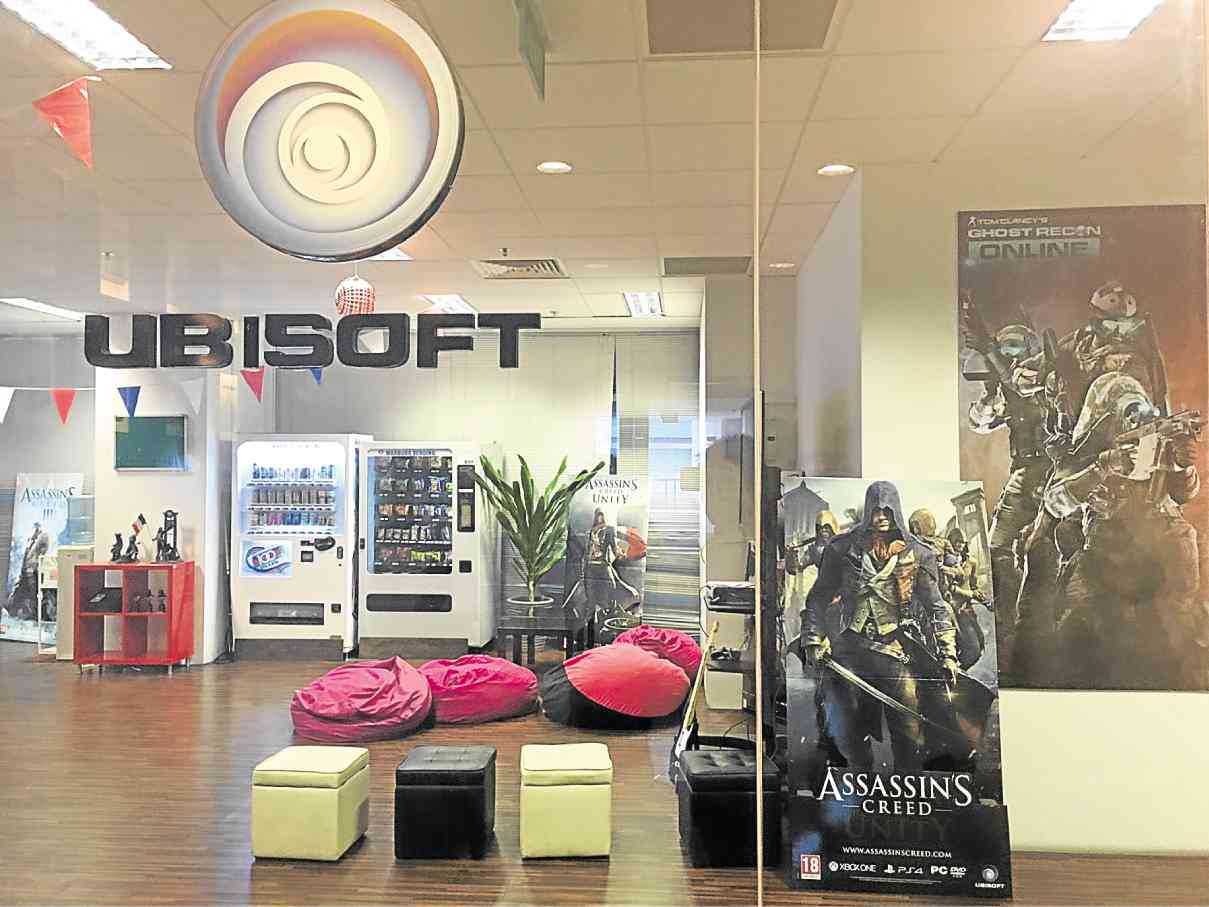 What makes a successful video game?

SINGAPORE—While the global video game market is expected to be worth $83 billion in 2016, with over 14 million new generation consoles sold in less than a year, the developer of the Assassin’s Creed franchise based here acknowledges the threat posed by the smartphone

“We need to be at the forefront. There is a seamless transition from console to mobile,” Ubisoft Singapore communications manager Sylviane Bahr told Philippine media during a studio tour, noting that more than 700 mobile applications are downloaded every second.

But Bahr said video games are not backing down, especially in a fast-growing, dynamic market like Asia.

The Singapore studio of the French gaming giant, established in 2008, takes pride in its naval expertise, first introduced in sea battle scenes in Assassin’s Creed III.

Highlighting the importance of continuous innovation, Bahr said cutting-edge technology and outstanding graphics are necessary to convince players to stick to video games.

“We need to create new ways for players to be immersed in video games. We strongly believe in virtual reality—a realistic world fueled by new processors. We are obliged to create that level of detail,” she said.

On the increasing popularity of mobile apps, Ubisoft Singapore managing director Olivier de Rotalier said: “The threats are the same as opportunities” in the gaming industry.

“You need to be on top of every innovation, understand it quickly, and see what they are going to bring,” De Rotalier said. “The objective is not only to create a game but to create a universe.”

But noting that Ubisoft has always been an adaptor of new technology, Assassin’s Creed senior producer Hugues Ricour said compelling content, a constant challenge to the industry, makes a video game successful, more than the innovation.

“Our ambition is to enrich players’ lives by creating original and memorable gaming experiences,” Ricour said in a presentation.

As head of the development of the history-based Assassin’s Creed games, Ricour said the creation of a “memorable and quality” story arch and “strong game narrative” was necessary to engage a certain audience.

“While we execute, we need to differentiate ourselves from the rest. We need to understand those turning points of history very well to have a rich understanding of the future,” Ricour said.

But as much as innovation and content, Ricour said the key to successful video game development are the people and culture of collaboration behind it.

He pointed out that Ubisoft’s approach included leveraging cross-studio collaborations, growing talents to the next level and attracting experts.

Created in 1986, Ubisoft, the third largest independent publisher of video games worldwide, has some 9,700 team members in 28 countries. It earned 1.007 billion euros in sales in 2013-2014, and more than 15 of its franchises have sold more than one million units.

Citing Assassin’s Creed: Syndicate as a good example of a product of collaboration, Ricour said each studio of Ubisoft in the world has an expertise to share, which made knowledge transfer possible.

But he noted that game development was not only about working hard, but also about having fun and creating memorable experiences while pursuing one’s passion.

“It’s about excitement and creating a team that’s gonna have fun,” he said, citing strong team spirit, innovation and ability to execute as Ubisoft’s “success values.”

Bahr said what set Ubisoft apart from the rest was a unique “people-first” culture and a team composed of innovators, team players and executors.

“A game is a team production. You just can’t be working on your own,” she pointed out.

“We knew that there were talents here; that’s why we came, and we did well,” Bahr added.

De Rotalier said Asia is a “very important” market for Ubisoft to reach out to new talents: “We respect a lot what each one brings. It tells a lot about the richness of the talent core. It’s easy to work together, and that’s very important.”

No new Assassin’s Creed game will be produced this year, but a film starring Michael Fassbender is set to be released in December.