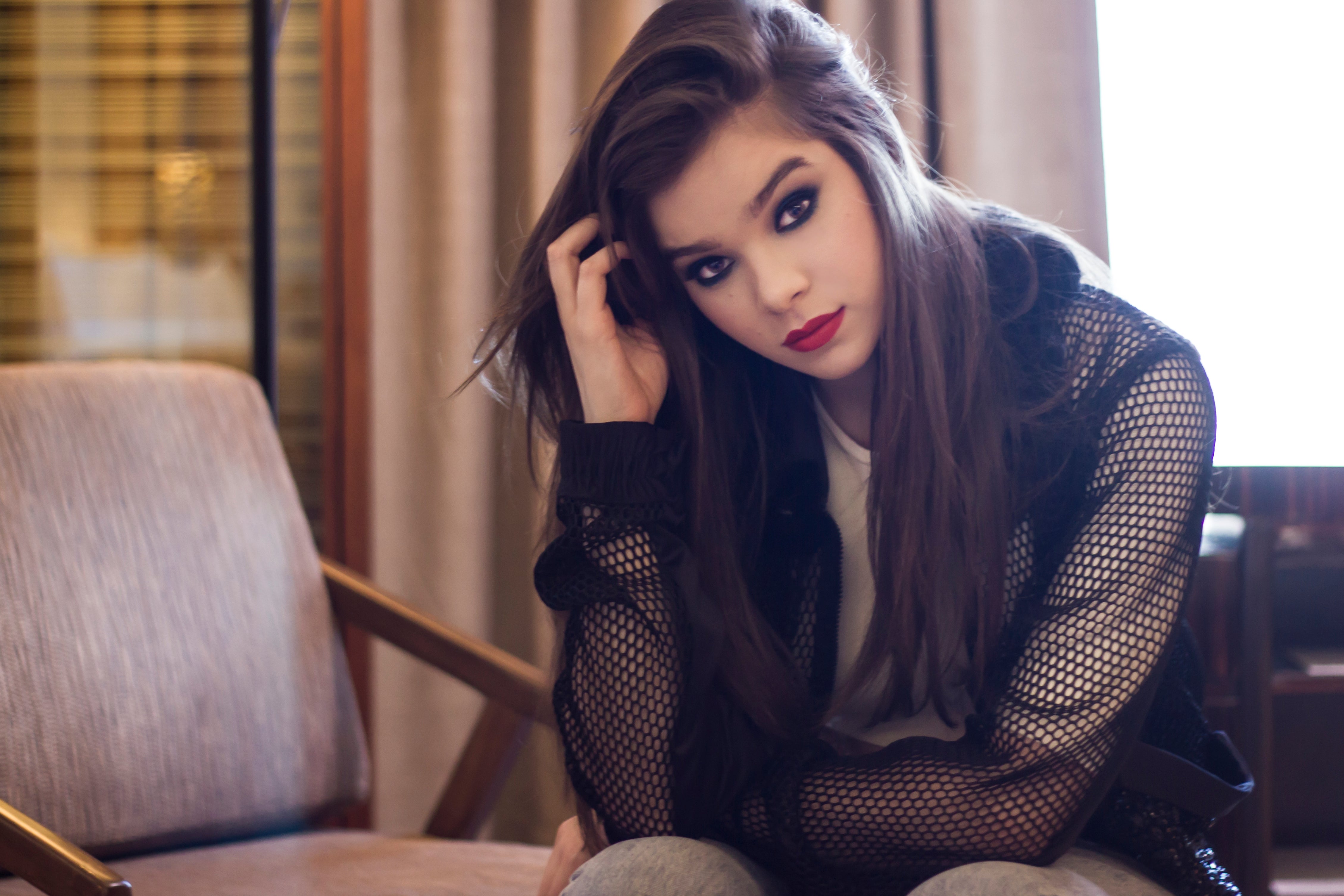 MOST of you probably know Hailee Steinfeld as the Barden Bella new recruit Emily Junk in “Pitch Perfect 2.” The movie gave us the hit song “Flashlight” and showcased Steinfeld’s singing prowess for the first time.

A perfect day with Hailee

AT AGE 14, Hailee Steinfeld burst onto the Hollywood scene in her first feature film role, playing farm girl Mattie Ross in the 2010 western “True Grit.” It earned her an Academy nomination for best supporting actress.

She went on to star in the underrated “Ender’s Game,” the romance drama “Begin Again,” and even lent her voice to the lead character of the Japanese animé “When Marnie Was There.”

After dazzling us with her acting chops, Hailee is now poised to occupy playlists with her deput EP, “Haiz.”

We sat down with the part-Pinay actress and singer to discuss her music, her style and what she wants to say to her Filipino fans.

Now that you sing aside from acting, which do you enjoy more?

I honestly don’t know if I could pick. I enjoy them both; they excite me in different ways and for different reasons. That I get to do both is really the dream and the goal.

How has your stay in the Philippines been?

It’s been really great. I’ve wanted to come here for years; it’s so beautiful and it’s been a real great trip. Everybody’s been so welcoming and nice. I really love it here.

What is your personal favorite song from your EP and why?

They’re all very personal, they all mean a lot to me and they represent a different time or situation in my life. “Rock Bottom” is my current favorite. American pop-rock band DNCE is one of my favorite bands and having them on the song is awesome.

Was singing helpful when you did the voiceover on “When Marnie Was There,” and was the process the same as recording for music?

No it’s actually very different and, yeah, it was an interesting process. That was the first time I ever worked on a full-length movie with voiceover. But yeah, it’s really sort of its own thing. It’s an amazing process watching it, and the way it’s done was really fascinating to me.

How would you describe your personal style?

My personal style is evolving but I think, for the most part, I like to be casual or comfortable. So I keep it casual.

I try. But then I find myself in shoes that are extremely uncomfortable but they look good (laughs).

“Hell Nos and Headphones” is very unique because it’s not the usual song most people your age sing about. It’s about wanting to be left alone, wanting personal space. Is it based on a personal experience?

Yeah, that song is based on an experience I had not too long ago, and you’re right to say that it’s sort of the opposite of like “going out,” “having fun” and “having a great time.” This song is very much about not feeling like you have to go out and have a great time and party and do what people are doing just to fit in or to be cool. “Hell Nos and Headphones” means a lot to me because it was based on a very personal experience and I think the overall message is not feeling like you have to conform to certain behavior to fit in.

You showcase different genres and styles in “Haiz,” and you also mentioned during the press conference that you were working on a full-length album. Can we expect more of the same sound, or are you going to do something that’s completely different from the EP?

It won’t be entirely different. It definitely is a precursor to the album, but I will say that in the couple of months I’ve been in the studio, the music has changed and evolved so much that by the time the album comes out, it may be a little more different than what’s on the EP. But yeah, it’s not going to be a polar opposite, it’ll still be in the same sort of world.

Is there a release date for the album?

Not yet, but once I get back home I’ll figure that one out.

Now for some quick-fire questions. Name one person, living or dead, that you would love to sing a duet with.

Maybe Stevie Wonder. I think that would be incredible.

What songs are currently on your playlist?

What’s the one thing you can’t leave home without?

A great mascara and a good face wash.

Your message to your Filipino fans?

I wish I could just hug them individually. They’ve been so supportive of me from the beginning and I’m so aware of that. And through all of my movies, and now with my music, they have shown me so much love. I’m so excited to be here and meet them and see them and perform for them. So, “thank you” is what I would like to say.