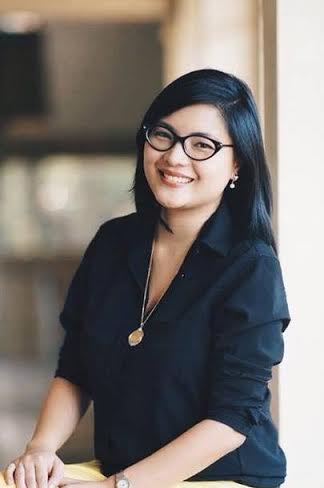 Giselle Garcia: “I found a career that would let me read and learn a little bit about everything.” PHOTO BY GLEN LOPEZ

Giselle Garcia is representing the Philippines at an international dramaturgy symposium in Singapore this month.

Garcia will present an overview of dramaturgical work in the Philippines and specific case studies.

Dramaturgs have a range of work roles in theater, though one of their major functions is to provide research materials and insights to the director, designers and cast of a production.

The research can range from the sociopolitical milieu of a play’s setting to what foods and fashions people of a certain era ate and wore, from a psychoanalytic profile of a character to what a slang word means.

Other functions include evaluating (and sometimes helping playwrights edit) new plays, recommending plays for production to a director, and serving as a second eye or sounding board to a director during rehearsals.

“A dramaturg is like a human Google search,” Garcia says. “Though we’re probably the first people in a room to admit what we don’t know about a topic. Sometimes people think a dramaturg is the ‘resident critic or intellectual.’ It’s helpful if one can think in this capacity, but sometimes it is assumed we know everything, which is problematic.

“A dramaturg is actually one who embodies scheinwissen—a fancy German word that means  ‘the destruction of illusory knowledge.’ It’s my favorite definition from my dramaturgy mentor Mark Bly. We question what we seem to think we already know.”

Her blog, giselleggarcia.wordpress.com, contains links to the research and notes she’s done for different productions.

Garcia took up English Literature at Ateneo de Manila University. “But my electives were all over the place: playwriting, Shakespeare in performance, art history, French and cultural journalism, the problem of God in existentialist literature, Filipino-American postcoloniality. I took both Asian and Western history, even if we were only supposed to pick one.

“It turned out to be a good thing that I tried a bit of everything because it’s beneficial to being a dramaturg,” she says, laughing.

While contemplating higher studies, she discovered a master’s degree program in theater that has a dramaturgy concentration at Hunter College, City University of New York: “It was exactly what I wanted to do: something in between being a scholar and researcher but still with a practical artistic purpose in the development of theatrical work.”

She says: “I love that dramaturgs have to be voracious readers, interested in everything from mung bean farming to Molière. As a lit major with varied interests, going into dramaturgy was perfect.

“I found a possible career that would let me read and learn a little bit about everything, from cereal boxes to serial killers, for a living!”

She’s worked on the development of over 250 new plays by established and emerging playwrights in New York and Manila.

Since her return to Manila, Garcia has been teaching at the Ateneo and is a resident dramaturg at the Cultural Center of the Philippines, where she either works on specific shows or assists in establishing connections and networks with artists.

“If one can support artists by helping them develop and generate work via research, development, education and advocacy to nourish the art form, that’s dramaturgy to me,” she says.