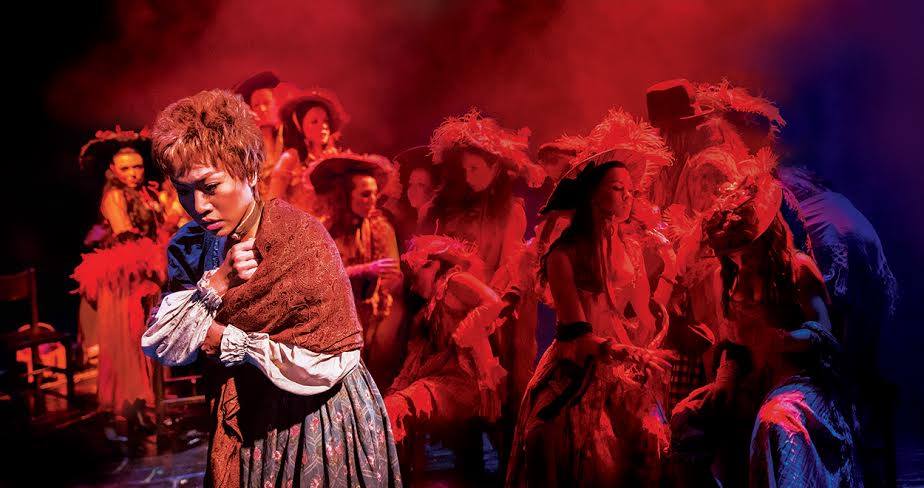 Rachelle Ann Go as Fantine in Cameron Mackintosh’s Asian touring production of “Les Misérables,” which is on an extended run until May 1 at The Theatre at Solaire. PHOTO FROM CONCERTUS MANILA

Rachelle Ann Go plays Fantine in the ongoing Manila run of the legendary musical “Les Misérables.” But in March, she got sick, lost her voice and had to skip seven shows.

Fans took their disappointment to social media. Go apologized for her absence, but called out those who bashed her and called her “prima donna.” She is now back in the show.

I get to sing “I Dreamed A Dream,” one of the most iconic songs in musical theater, and I have a nice break in the show while waiting for me to come back as a ghost.

Do you monitor reviews?

I read tweets and reviews. It’s good to know what people think of the show and how I play Fantine here in my hometown.

If you can change something in the “Les Mis” story, what would you like to see?

To meet the guy who broke Fantine’s heart for the last time and show him Cosette!

How did you introduce the Philippines to your castmates?

We have the most delicious food and the best islands. Some of them have tried kare-kare, crispy pata, molo soup. I’ve yet to let them try my dishes—adobo and gising-gising.

How different is it performing for the Filipino audience?

It’s a different vibe and energy! There is a certain excitement knowing you’re giving your best to fellow Filipinos every night, and reading great things about it on social media.

Have you received any weird comments or messages?

I got a really nasty message asking why am I being a prima donna, not doing all the shows. That was really uncool! How does one expect to perform his or her very best when he or she has no voice at all? I always want to give a good show and I hope people understand my predicament.

People have seen the movie and read the books; how do you keep them excited to watch “Les Mis” on stage?

I can proudly say that this cast is brilliant. Even Cameron Mackintosh said it during the first show, that we did really well. We came from different parts of the world and it’s amazing how we put our own understanding of each character on that stage every night. We know that we do eight shows a week, so we try to make new choices at every single performance to keep it fresh.

As Fantine, do you get “character fatigue/hangover” and be in a bad mood after the show?

Oh, yes. When I was in London, I had a hard time letting go of the emotions after my part. You will always find me quiet, down, sad. Even when I get home, sometimes I feel a little depressed because of the show. I get so attached to the character! But it is a process. I eventually learned how to let the emotions go after my last scene. Just shake it off and remind myself that it’s not me, it’s the character, Fantine. It’s always good to mingle with people, too, after the show and have fun with them.