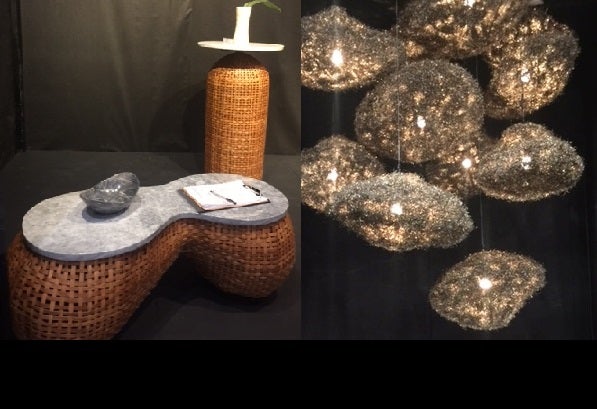 Filipino artisans and manufacturers of furniture, home and holiday décor, and fashion accessories continue to aspire for the export market, but selling local has become such an important aspect of the popular Manila FAME that it has changed the character of the biannual trade show.

This was according to Rosvi Gaetos, executive director of Center for International Trade Expositions and Missions (Citem), the show’s organizer. Gaetos spoke to Lifestyle at the opening of the 63rd edition of the four-day Manila FAME April 21-24 at the World Trade Center in Pasay.

The April show has been rebranded “boutique edition” because it caters not only to importers and wholesalers, but also to local buyers.

“About five years ago, the market totally changed,” Gaetos said. “It used to be that buyers come here and they bring about 10 people of their team—one for holiday décor, one for fashion accessories, one for furniture, etc. We’re now looking only at one or two a team, and maybe they’ll just send here their buying agent from Hong Kong or Singapore.”

This decrease in the number of buyers was the result of the economic downturn that weakened the buying power of the United States and Europe, once the biggest sources of Manila FAME buyers.

Then Trade Secretary Gregory Domingo decided to open Manila FAME to the local market a few years back, just when the Philippines “suddenly became a very attractive market,” with new real estate developments, new hotels and resorts being built.

The local market is “very strong,” Gaetos added. “It’s very much alive. In fact, Trade Secretary Adrian Cristobal Jr. was talking to a group of French people yesterday, and the French were here to look at the Philippine market as their [potential] market. They want to settle here to sell to the Philippines. So that’s how strong the Filipino consumer is.”

In the past, Manila FAME didn’t have a retail component, and local manufacturers had their eyes only on export. They still come, Gaetos said of the wholesale buyers.

“But little by little the boutiques and retailers are coming in. It shows the evolution of the buying market; it’s not just the selling market that has evolved. The stores are no longer buying 100,000 pieces of one design, but one of each design in different colors. They’re also catering to a market that wants one piece of each. That’s also what boutique means.”

While the boutique repositioning has been a longtime plan, Gaetos said, they didn’t want to send the wrong message to buyers and make it appear like Manila FAME has become a “really small show,” or that it has gone high-end, ergo high-priced.

In March, furniture manufacturers held their separate show to be in sync with the global furniture-buying cycle.

“In 2012 when we moved the April show to March, we lost a lot of the buyers, but we gained the furniture buyers,” Gaetos said. “But these manufacturers for the little table décor and gifts, they sell to a different market. When we moved back to April this year, the buyers started coming back, so it’s very good. The importers are back. We’re attracting the contract hospitality market and the local market.”

When Manila FAME returns in October for its second show of the year, the bigger event that combines furniture, home décor and fashion accessories will reflect what Gaetos called the continuous evolution of the long-running event. Even Manila Wear, the segment curated by Josie Natori, will reveal changes.

Gaetos echoed what designer and Manila FAME creative consultant Budji Layug said in a previous interview, that Citem supports exhibitors who show consistency and earnest effort to promote their brands.

“It’s not cheap to participate,” she noted. “You spend not just for the booth but also for the product development that happens at least six months before. That part and the creation of prototypes is always the most expensive part. There’s an investment in time and resources. If you come to the show unprepared, and you leave without any orders, you have only two choices: close shop or just stay under the radar and let your workers go. Your workers will have no recourse, and the livelihood and future of 30-100 workers lie in your hands. So you come to the show with serious intent. You want to be able to sell.”

In Gaetos’ estimate, Manila FAME exhibitors sell 70 percent to local buyers and 30 percent to export. “But that 30 percent will give them the most revenues. They sell more local, but profit and livelihood will be maintained by the export market.”

For now, with the local market going strong, domestic buyers will continue to enjoy fine Filipino products and designs only available previously to foreign consumers.

“I guess one of the objectives of Secretary Domingo [in opening Manila FAME to boutique and local retailers] then was that, every Filipino should understand what Manila FAME is, and they must take pride in it,” said Gaetos. “This is where they see in one venue all the artisans, all the skills that we have. This is where Filipino craftsmanship is at its best. There’s no other show here that will bring you this kind of quality.”