Your pet dog does not like being hugged, new study suggests | Inquirer Lifestyle ❮ ❯ 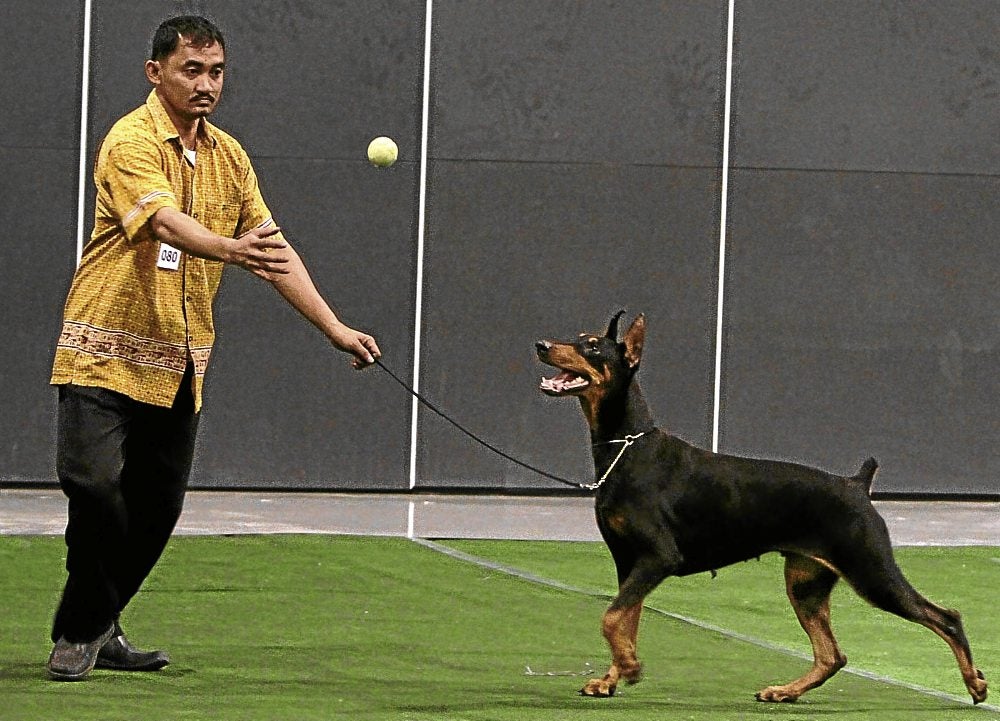 THE DOGS’ agility and obedience were also demonstrated at the show. RICHARD REYES

Your pet dog does not like being hugged, new study suggests

If you like to hug your dog, the feeling may not be mutual, a new study published in Psychology Today says.

In the study, psychology professor and neuropsychological researcher Stanley Coren said hugging stresses most dogs and makes them anxious.

He came to this conclusion after analyzing 250 random photographs of man’s best friend receiving embraces.

“The most common sign of anxiety is when the dog turns his head away from whatever is bothering or worrying him, sometimes also closing his eyes, at least partially,” Dr. Coren wrote.

Another subtle stress indicator is “when the dog’s ears are lowered or slicked against the side of his head”.

“Lip licking or licking a person’s face can also be signs of anxiety, as can yawning or raising one paw,” Dr. Coren added.

His data showed nearly 82 percent of the canines in the pictures showed at least one of the stress signs he mentioned.

Dr. Coren argued that hugging is not good for canines, especially puppies. He pointed out that body language, including showing the whites of the eyes, as an indication.

Furthermore, Coren’s findings revealed only about eight per cent of dogs seemed comfortable being hugged, and 10 percent showed neutral or ambiguous response to hugs.

Dr. Coren said dogs are not “human children” but rather, “cursorial animals”, which means they are designed for swift running.

In times of stress or threat, he noted, a dog’s first line of defence is not his teeth, but rather its ability to run away.

He wrote: “Behaviorists believe that depriving a dog of that course of action by immobilizing him with a hug can increase his stress level and, if the dog’s anxiety becomes significantly intense, he may bite.”

In an earlier study, Dr. Coren said owners can easily tell when their dog is dreaming, and that the length of the dreams are proportionate to the dog’s size.

DOH warns: Pet owners who kiss their dogs on the lips may get rabies