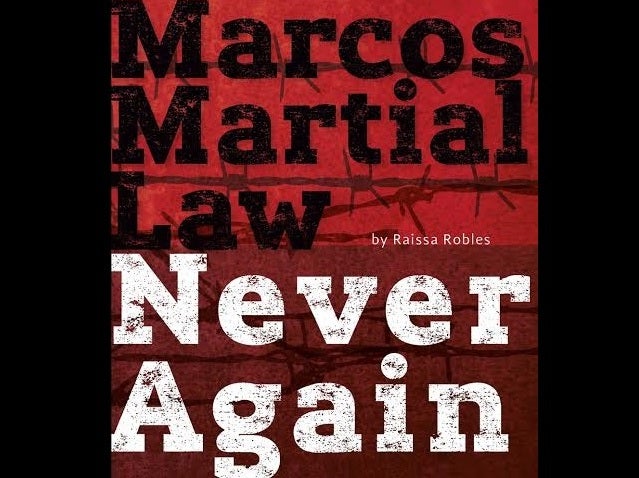 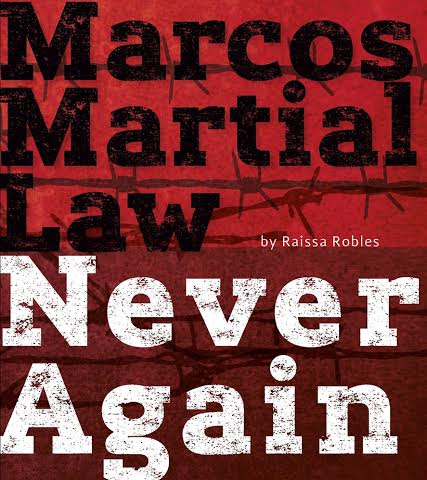 Authored by award-winning journalist Raissa Robles and edited by Alan Robles, the book is published by Filipinos for a Better Philippines Inc. on the occasion of the 30th anniversary this year of the Edsa Revolution, which toppled the Marcos dictatorship in 1986.

The student edition will be sold during the launch at a special introductory price of just P300.

Book launch is open to the public.

In September 1972 Ferdinand Marcos declared Martial Law, plunging the Philippines into 14 years of a brutal dictatorship that only ended when he was chased out of the country.

The hallmark of his dictatorship was repression: the systematic use of terror, torture and murder. Thousands were killed, tens of thousands more suffered torments in “tactical interrogation” sessions conducted by the military, particularly the Philippine Constabulary.

In this brief illustrated history,  journalist and blogger Raissa Robles recounts Martial Law’s grisly record of human rights violations, clearly establishing that torture was a deliberate policy of dictator Marcos. She contexts this against a backdrop of historical events and explains why and how Marcos grabbed power under the guise of fighting a Communist threat.

Published on the 30th anniversary of the People Power uprising that overthrew Marcos, the book was edited by award-winning journalist and foreign correspondent Alan Robles.

Using books, documents and official records, the author traces the course of the New Society, identifies its key players and shows how Marcos used military rule to keep himself in power and perpetuate a regime focused on plundering the economy. She reconstructs Marcos’ police state infrastructure—complete with specially built detention camps—and its techniques of torture. Robles interviewed sources ranging from two Philippine presidents to military officers and torture survivors.

Martial Law’s atrocities left a national trauma that hasn’t healed. The perpetrators have not only gone unpunished—they haven’t even admitted to committing torture. Survivors, physically and  psychologically scarred, have been left to fend for themselves. Worse, governments since 1986 have done nothing to institutionalize the remembrance of the horrors. These are now in danger of being forgotten, thanks in part to a concerted effort by the Marcoses and their cronies to erase the past.