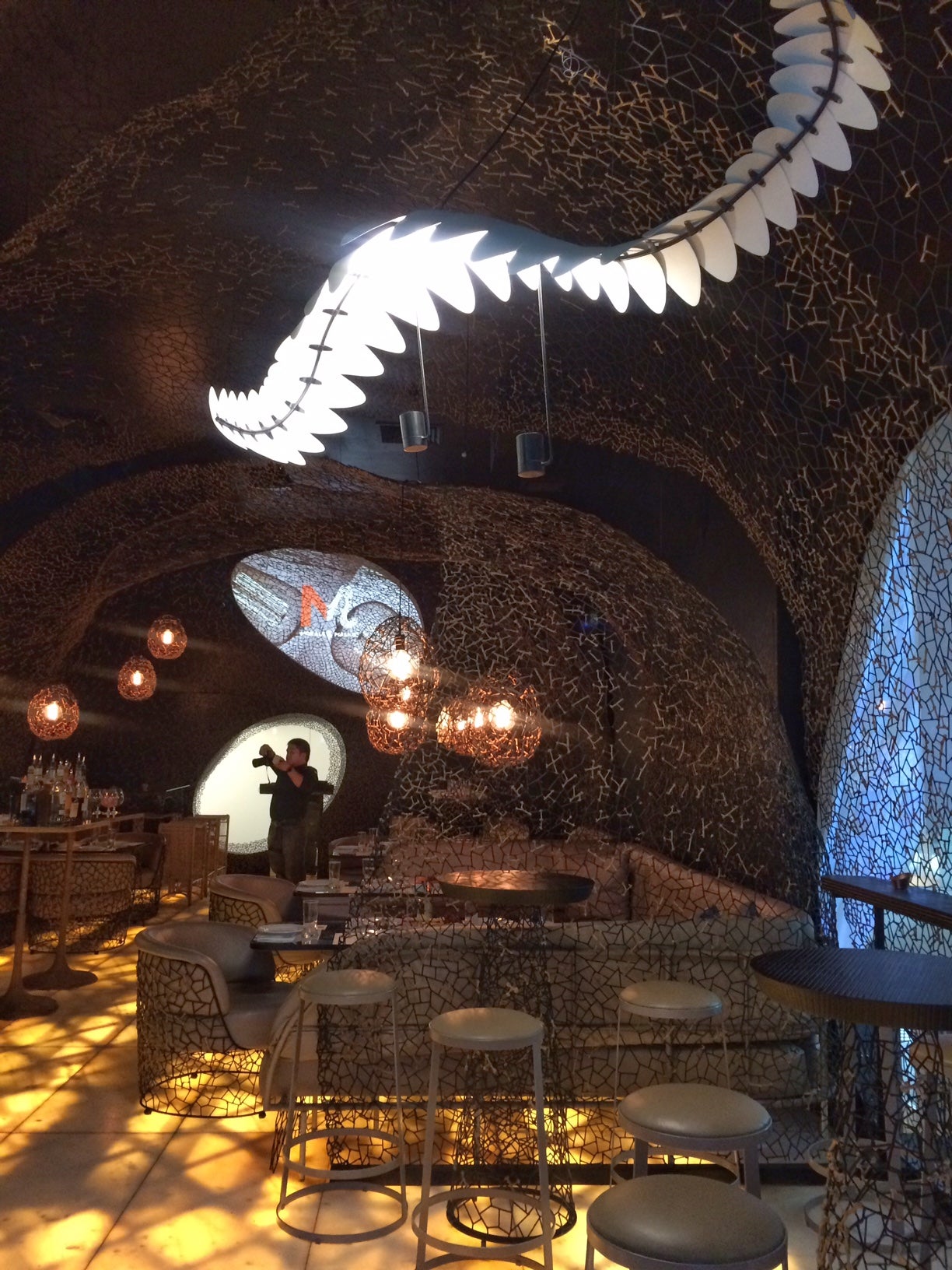 The refurbished interiors of Malice Bar. Above is Cobonpue's Spina lamp, a desk version of which was gifted to the Emperor of Japan. PHOTOS BY CHECHE V. MORAL

The new lifestyle destination that’s touted as the place where art and designer furniture meet craft libations, is called Morals & Malice. Malice Bar was originally called Z Bar, whose interiors were designed by Cobonpue in 2006.

When the original bar closed, Cobonpue and his friends Paco Rodriguez, J. Michael Yu and Glenn Soco decided to take over and refurbish the place to create a new bar-lounge concept that serves craft coffee at the Morals Lounge, and craft cocktails at Malice Bar. Craft drinks are the new trend in the social scene, say its owners.

Cobonpue designed the Morals Lounge as a stark counterpoint to the darker, more abstract Malice—the former is all bright and sunny, in shades of white and green, with real trees shooting out of tables on one side, and up-cycled Venetian blinds turned into lamp and wall décor. All furniture pieces are Kenneth Cobonpue, including prototypes of new lighting fixtures.

The original bar had great sentimental value for Cobonpue, as it was the first of such that he had designed. In fact, it was the prospect of his work getting dismantled when the bar closed that made him decide to take over.

Cobonpue kept the original cocoon-like steel-and-bamboo sculpture that swaddles the entire Malice Bar, and only added a new bar and new lighting, also using the same materials. It’s lit from below by the original onyx flooring by architect Ed Calma. It had its soft opening in December.