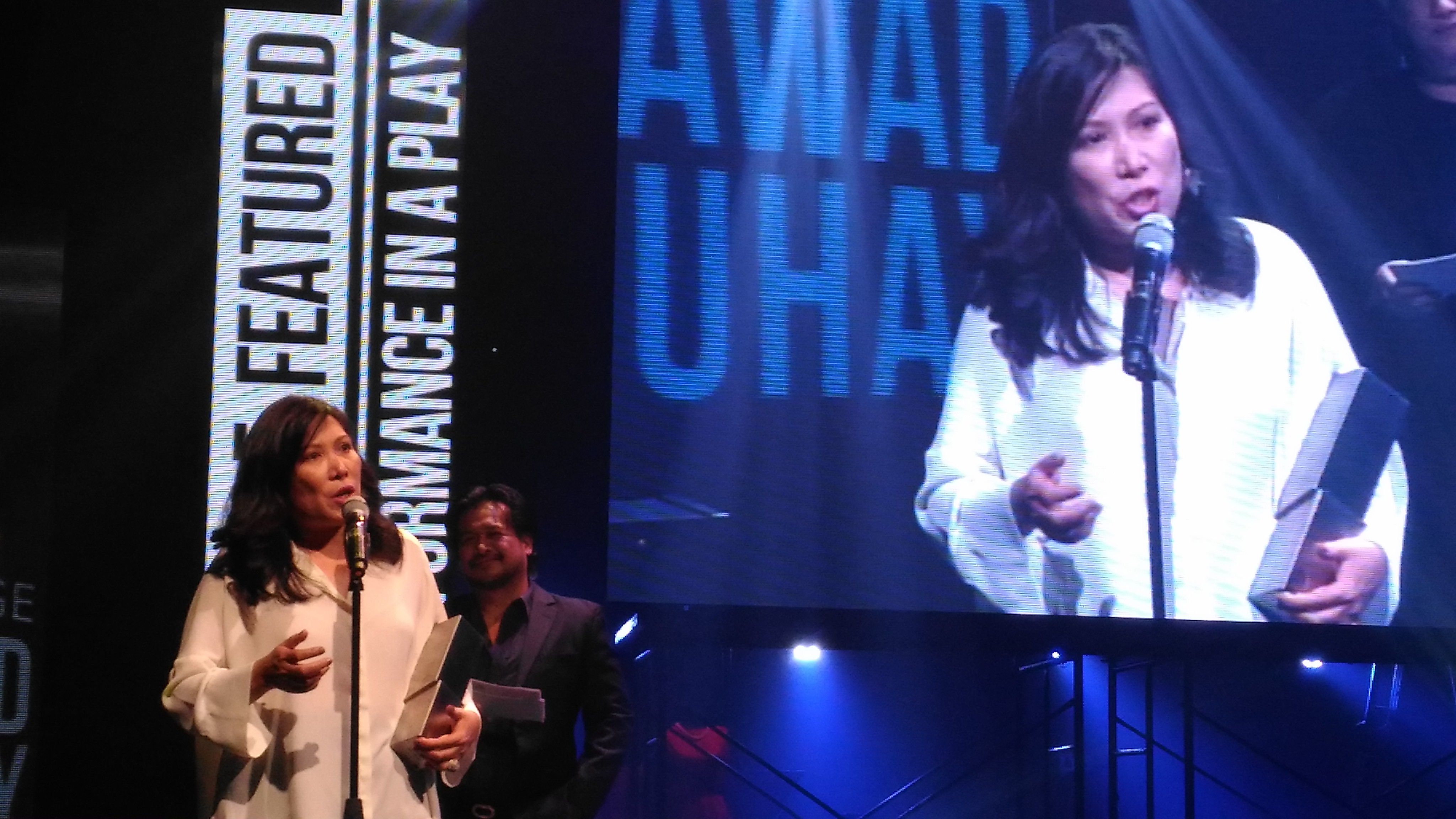 At the 8th Gawad Buhay last Thursday, 28 April, Roselyn Perez’ recognition for Outstanding Female Featured Performance in a Play was mistakenly attributed to “33 Variations” for which she was also nominated. She won for her performance in “The Normal Heart.” Philstage regret the error.