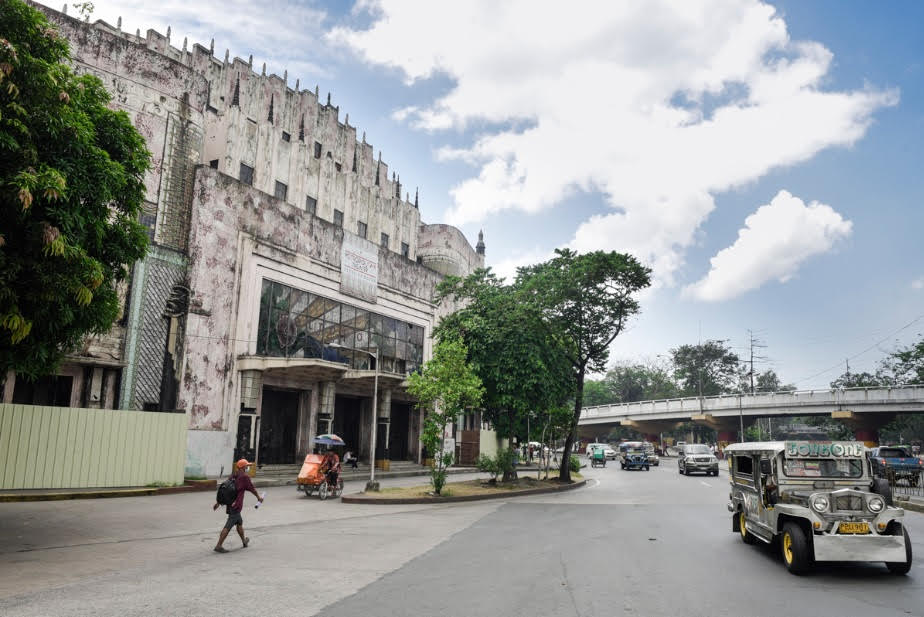 THE NATIONAL Commission for Culture and the Arts (NCCA) conducted last Saturday the third and last clean-up drive for the Manila Metropolitan Theater (Met), and the activity afforded the media the chance to take a hard, close look at the state of utter disrepair and squalor of the insides of an edifice and institution that used to be called the Grand Old Dame of Manila.

The only surviving Art Deco structure of its size and integrity in Manila, the Met has largely maintained its original visual integrity throughout the decades—at least on the outside.

Inside, it is an utterly different story.

Although the building is still generally in good condition still, moldings at the stage area are falling off while a section of the second-level ceiling on the Arroceros Street side has been found unstable.

Electrical wirings are gone; they’ve all been stolen.

All of the balcony seats are gone. Stolen, too.

Surprisingly the orchestra seats are still there; they seem not to have suffered disrepair. This is because they had, in fact, been repaired through a project sponsored a few years ago by television icon German Moreno, who had performed vaudeville there as a young man. He passed away last January.

As a result of neglect through the years, a banyan tree has also grown on the balcony.

This prewar building, declared a National Landmark by presidential decree in 1973, and National Cultural Treasure by the National Museum, was designed by renowned architect Juan Arellano with his brother Arcadio doing the interiors.

Despite the grubby decrepitude, the Met retains an air of its former glory.

From the outside, the Met looks like a bird with outstretched wings. This form appears complemented by Monti’s sculpture of an exquisite female figure with her hands upraised as if ready to take flight or take the plunge.

Inside this winged structure are architectural and interior designs which are truly Philippine treasures.

The Arellanos Filipinized Art Deco, a Western idiom, by incorporating indigenous designs from the geometric patterns of facade tiles resembling the banig or native mat to the metal grills of the glass main doors resembling Art Deco birds of paradise.

The auditorium has very interesting features such as the polychrome relief of mangoes, bananas and flowers on the ceiling.

On the floor are dots. These were what used to be air-conditioning vents sourced through underground tubes from the Insular Ice Plant and Cold Storage across the Met. (The plant is now a bus and van terminal.)

Fascinating features on its grand foyer include the Adam and Eve sculptures by Monti and the stairway balusters which are curved iron grills that at some points spill over to the walls.

Architect Mary Rajelyn Busmente, project coordinator of the Met restoration project, said the curved iron grills were very unique since the design was a marriage between Art Noveau and Art Deco.

Busmente said P270 million had been earmarked this year from the national budget for rehabilitation and conservation.

She said the project would not be purely conservation since some outside and interior spaces would have to be rehabilitated and outfitted with state-of-the-art theater systems.

On top of the amount, P43 million will be spent for “pre-restoration work,” Busmente said.

Preliminary work will involve an update on the detailed engineering study of the building. The budget will cover as well consultant fees, material analysis, conservation management plan and other “preliminary” expenses.

The building’s grand foyer also has two Fernando Amorsolo murals: “The Ritual of Dance” and “History of Philippine Music.”

Only printed reproductions of the paintings are hung on the lobby since the originals are in the GSIS (Government Service Insurance System) Museum in Pasay City.

An interesting fact about the structure is that its design was inspired by the song “On the Wings of Song,” by the German musician Felix Mendelssohn (1809-1847).

The composition is originally a poem by German poet Heinrich Heine (1799-1856) set into music by Mendelssohn in 1834.

A love lyric, Heine’s poem is along the Romantic tradition of return to nature. Addressing the beloved, the poetic persona bids her to return to the original innocence of nature: “On wings of song—ah lightly,/ Heart’s dearest, I bear thee away:/ A nook is beckoning brightly?/ Where Ganges’ waters play.”

Nature is viewed as healing and resuscitative: “Beloved, let us be sinking/ Under the shady palm,/ The blissful quiet drinking/ And dreaming dreams of balm.”

Alas, like the river Ganges, or, closer to home, the nearby Pasig, polluted to the core, the Met theater has gone to seed.