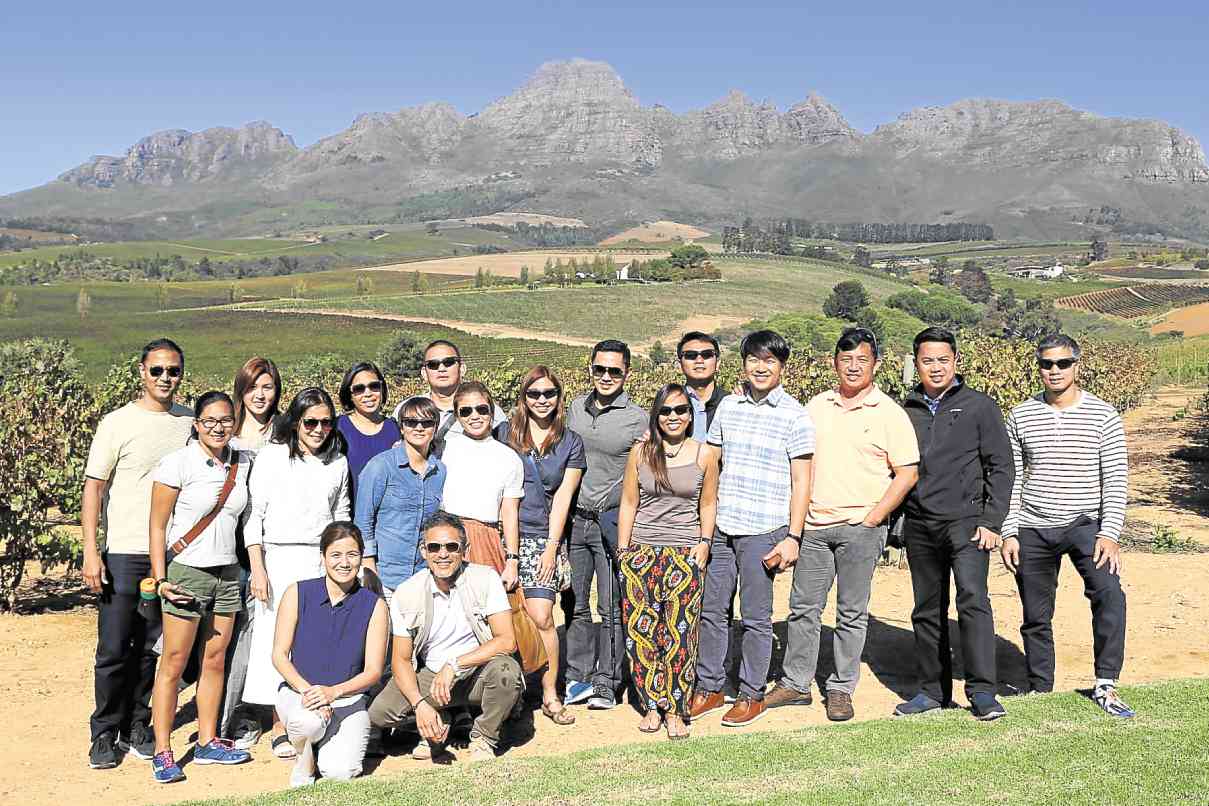 Celebrating milestones while on safari

We were back into the wild and extremely loved it! Each new safari experience fills us with vivid memories. We long to get back, almost as soon as we get home.

Being infected with the contagious safari bug, my hubby Dennis and I have been going on wilderness trips for more than 12 years now. We celebrated our 10th and 20th wedding anniversaries in different safari camps in Botswana, Kenya and Tanzania.

For our safaris, we rely on A2A Safaris (www.a2asafaris.com). Owners Binky and Tracie Dizon had been glamping for many years before they decided to make it a business. Their partners, South Africa-based Filipino couple Lit and Kitty Cortes, are into adventure travel and the company now offers luxury travels to Latin America and Antarctica.

Nomad Safaris’ luxury lodges are dotted around the route of the Serengeti’s great wildebeest migration, Tarangire National Park and the Ngorongoro Crater. They also feature a specialized chimpanzee experience camp, where guides lead guests to observe chimpanzees in their natural environment.

Mark Houldsworth, co-founder and CEO of Nomad, is widely credited to be one of the fathers of “glamping”—luxury camping in the footsteps of the Great Migration. He shared an informative presentation about the camp while Mwiga Mambo, the head naturalist guide at Greystoke Mahale, entertained the guests with his chimpanzee calling sounds. Mambo is considered one of the world’s most experienced chimpanzee guides and works in Nomad’s Greystoke Mahale Camp in western Tanzania.

Hoping to win the raffle prize of a safari for two at Greystoke Mahale, the favorite camp of safari aficionado Bill Gates, Dennis and I stayed and chatted with restaurateur Malu Gamboa and our safari gang, TropAfrica, to plan our next safari adventure in 2019.

My Globe Platinum co-ambassador, chef JP Anglo, was there as well to support his sister Tracie. Dennis and Binky took the time to work out the final details of our third safari trip in South Africa the following month.

Meet up at Cape Town

As part of the Philippine Underwater Hockey Team that played in the World Underwater Hockey Championships, Dennis flew to Stellenbosch in South Africa where the games were held. I flew to Cape Town toward the end of the competition, and from there we went on to the safari leg of the trip.

The Underwater Hockey team is grateful for the support of sponsors like Rudy Project which donated sunglasses and waterproof bags for the players. Speedo chipped in with jackets;  corporate sponsors PLDT, Seafood Island, Koi Village, MegaSportsWorld and RealTime Gaming provided cash; and various individuals and senators even sent in small donations.

It’s all gratifying to the members of the relatively unknown sport that they are able to tap such generous donors.

Between games, we enjoyed the marvels of Cape Town before going on safari. To my happiness, A2A Safaris hosts Lit and Kitty took me to the best shopping area for African decor and accessories.

On a safari drive, thrilling encounters include seeing predators on a kill, various endangered species and the Big Five (African lion, African elephant, Cape buffalo, African leopard and White/Black rhinoceros). We chose camps where we would have the highest chances of seeing rhinos, the only big animal that we’d never encountered.

At our first camp and very first drive, our ranger Ricci Christen and spotter Sipho allowed us to tick that off our bucket list.  Part of the highlight of a game drive is also having a quick merienda break in the jungle. The evening drink, called a sundowner, starts happy hour.

The Phinda Rock Lodge is one of five &Beyond camps within the Phinda Private Game Reserve, renowned for its exceptional sightings of the elusive cheetah and the rare black rhino. Several resident lion prides also roam the reserve.

With only six suites carved into the rocky hillside, we felt part of an elite tribe of rock dwellers suspended in a cozy hideout that offered complete seclusion from the world below. Our cliff-top suite provided an intimate and romantic space in a dramatic setting with an eagle’s eye view of the reserve.

On one game drive, we spotted a cheetah and her baby cubs. Dennis loves taking pictures of the animals, and these are truly out of the ordinary. Another very special moment was when Sipho spotted the black rhino from a distance. The elusive and endangered species is extremely difficult to find.

Our second camp, Singita Boulders Lodge, is an exclusive oasis in the Sabi Sands Private Game Reserve just south of the world famous Kruger park. Singita is truly luxurious, perhaps best exemplified by the underground wine cellar in our camp.

Accompanied by our beautiful expert game ranger Daniella Kueck, we got so close to nature and the African wildlife. The most dramatic scene was a pride of lions feasting on a baby giraffe, with vultures perched on a lead tree nearby. A few yards away, the mother giraffe stayed looking forlorn, in the vain hope that baby might still be alive.

The safari experience was made even more perfect with all the wonderful people in both camps including our rangers, spotters and butlers. We are already planning our return to the wild next year, but this time, we will bring the kids. Newscaster Karen Davila and her husband took their kids and they all had a blast.

Today is the last performance date of “Les Misérables” at The Theatre at Solaire. Thanks to Bambi Verzo of Concertus Manila, my family and I were able to catch one of the last shows and it was incredible. There are two shows today if you have not yet seen the excellent production.

Watch out for the return of the musical “Wicked” early next year.