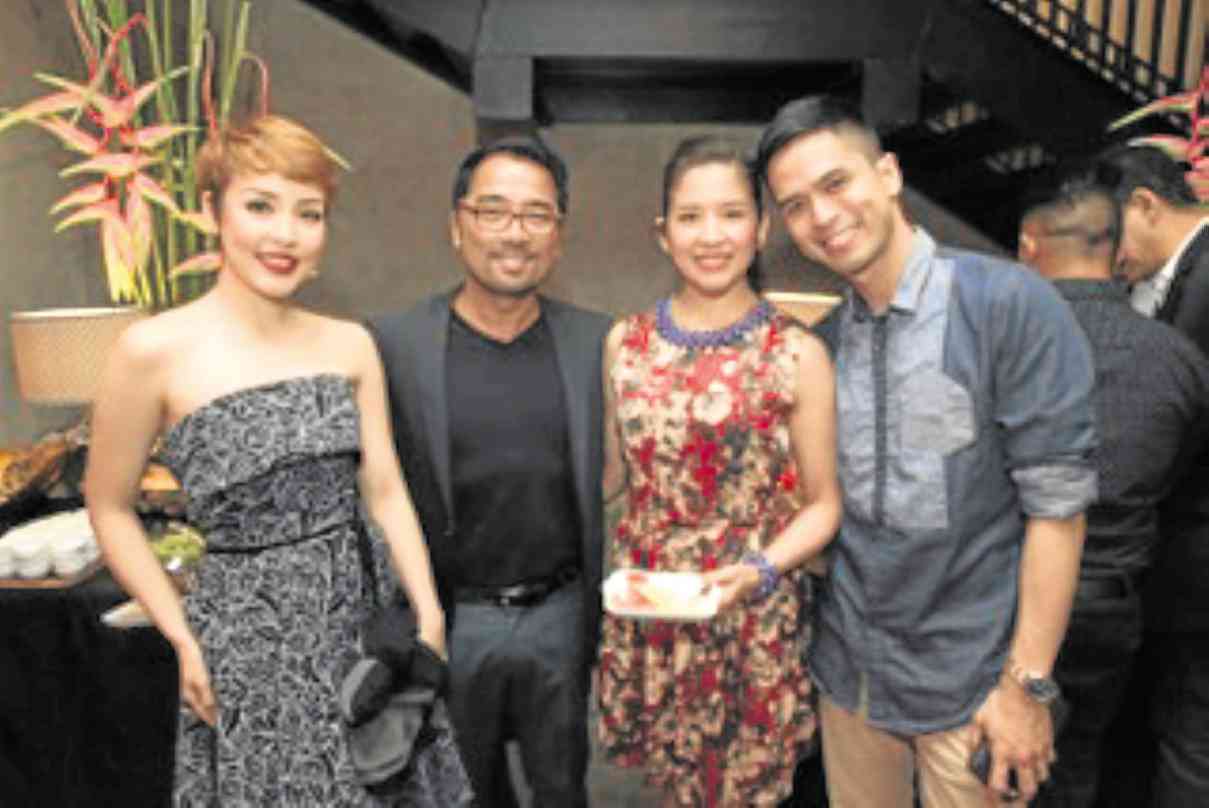 Theater artist Cris Villonco and businessman Paolo Valderrama were married only yesterday, April 30, but the Filipiniana-themed despedida de soltera hosted by ninang Virgie Ramos at Swatch & Swatch Studio days before gave guests an idea what to expect on the big day.

Production designer and scenographer Gino Gonzales worked with the bride’s mother, Monique, to come up with a classy Filipino theme based on “Aawitan Kita,” the long-running TV musical series that became synonymous with the bride’s grandmother Armida Siguion Reyna, a music icon herself.

“Monique and I used to work together on Aawitan Kita so I already knew her aesthetic: quiet elegance,” Gonzales said.

Long and curvy capiz chandeliers previously used on the set were gathered in one area of the venue, bathing them and a baby grand piano in flattering yellow light. Silver trays were artfully piled with fresh anthuriums and bungang china.

Virgie Ramos recently had had her paintings reframed so the old frames were used as backdrop, like a photo wall. Guests of the couple from theater and entertainment had a fun time posing behind the antique frames.

The delicious food was catered by Gilbert Pangilinan of Kai.

For the wedding reception on Saturday, Gonzales and his team took four days to set everything up at Whitespace in Makati. “We continued the Filipiniana theme but still following that quiet elegance. To complete the ambience, we sourced and brought in close to a dozen narra trees,” he said.

Cris and Paolo were introduced by his sister over two years ago and have been together ever since.