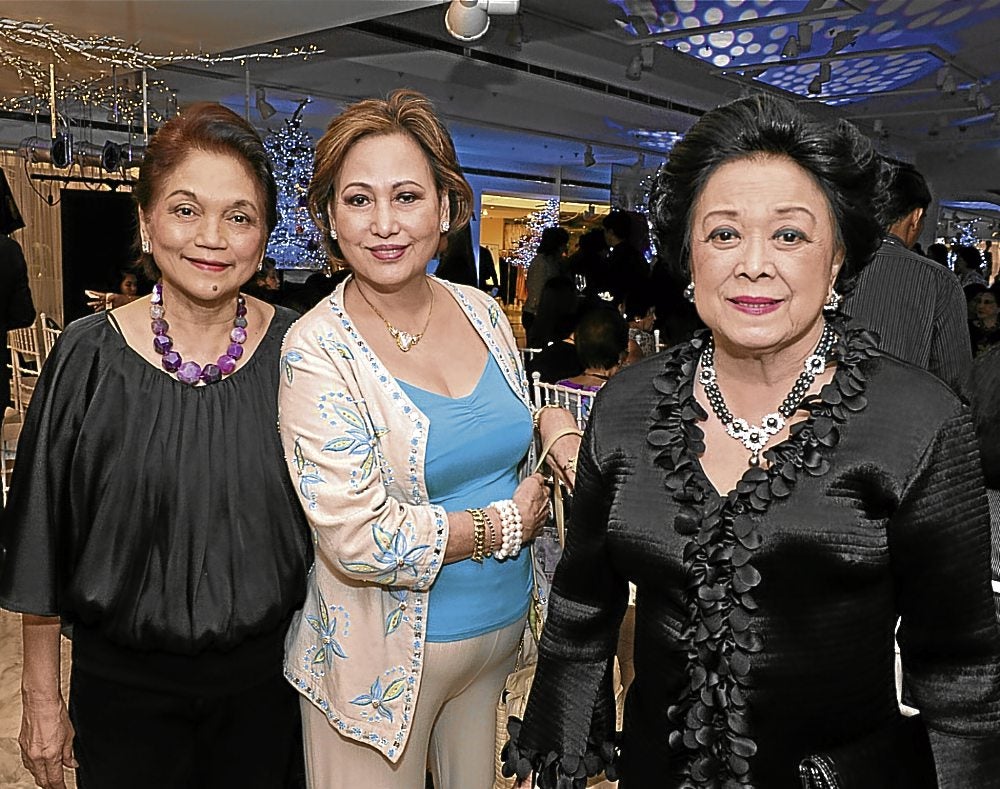 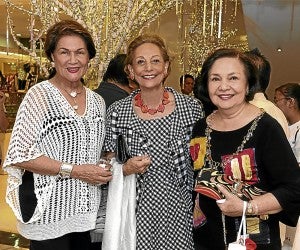 Criselda presented six collections that could be worn from the boardroom to cocktails to formal affairs, with over 60 chic creations ranging from wine-toned and jeweled tops made from unique materials to animal prints and eye-catching floral touches.

In her short welcome speech, Criselda said: “I support a different foundation each year for my shows and, this time, I’ve chosen Unicef to support malnourished children.”

The lady has been designing clothes for Rustan’s for over 25 years now, and her one-of-a-kind pieces are not only made of great quality but have designs that go from classic to trendy, assuring everyone an essential Criselda Lontok dress. Timeless and pleasing to the eyes, the pieces are also understated, sophisticated and elegant. 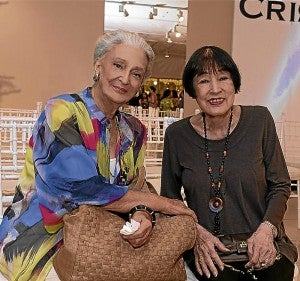 It was elbow-to-elbow inside, dahlings, and the high-end cars were also bumper-to-bumper outside, as various namedroppables and VIP guests gathered for cocktails to watch the sleek Jaguar Land Rover launch at the new, state-of-the-art Jaguar and Land Rover Lifestyle Center on 32nd and 4th, Crescent Park West, Bonifacio Global City, with British Ambassador Stephen Lillie as guest of honor, naturally.

There was an unending stream of champagne, red and white wine, whiskey and scotch, and superb hors d’oeuvres such as Sicilian chicken and seafood on crostinis, Wagyu beef and fresh salmon, followed by yummy lemon squares, mango pudding and mocha panna cotta.

The Jaguar Land Rover Lifestyle Center is easily accessible by clients from the northern and southern parts of the city. It covers approximately 3,000 sq m of land space and prominently displays a Jaguar on a rotating platform. Modern and stylish trappings include furniture by Steelcase, speaker and audio system by Bose, and induction lighting system from Electro-Systems. The VIP Lounge on the second level offers a privileged view of the showroom display. 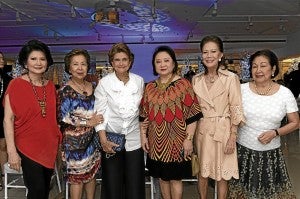 “The Jaguar Land Rover Lifestyle Center provides a one-stop shop for luxury car owners. This is part of our commitment to continually innovate and provide only the best kind of service to the people that are most important to us—our clients,” said Marc Louis Soong, executive director of Jaguar Land Rover Philippines, which has been the exclusive distributor of Jaguar and Land Rover vehicles in the country for the past 15 years.

The biggest bazaar south of Manila, the St. James the Great Christmas Bazaar, is now on its 20th year, palanggas. This year, it will be held for five days with free entrance on Nov. 26-30, 9 a.m.-9 p.m., at the Cuenca Community Center and St. James Parking Lot, Ayala Alabang Village.

More than 500 concessionaires will participate in the bazaar, offering a dizzying variety of products to choose from. The early bird will surely get the best buys. After all, this is a conglomeration of manufacturers, exporters, importers and traders from all over the Philippines, dahlings.

The bazaar’s food pavilion has the participation of popular eateries, with Bibingkinitan and Smokey’s Hotdogs as sponsors, and Coca-Cola and Viva Water as official drinks. 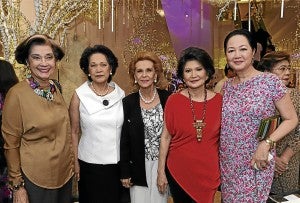 Proceeds of the bazaar will go toward the installation of the air-conditioning system of the main church, construction of the parish rectory annex for use of the parish priest and the St. James employees’ quarters.

All MasterCard and Visa credit cards will be accepted at the bazaar. ATM machines and mobile ATM will also be available, along with free shuttle service from the bazaar venue to the shoppers’ parked cars.

Another alta sociedad scandal! This time, it happened to a high-ranking government official. He and his wife, both belonging to Manila’s old-wealth clans, appeared to be in a happy marriage, with several cute grandchildren. 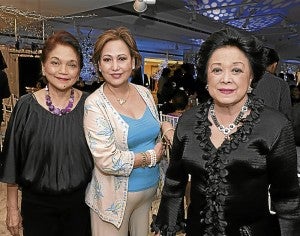 The wife had a very close friend for years, and when her husband was given this high government position, the wife, who is known to have a heart of gold, offered her close friend a job in her husband’s office.

Apparently, the husband took a fancy to his wife’s close friend and showed it even in social functions when his wife was around.

After taking it all in and looking away from what was going on, the wife woke up one day and said, “Enough is enough.” She left her husband and moved out of the mansion they had been living in, and decided to move into one of the several condominiums they owned.

But for now, she’s staying at the home of one of her daughters at a posh village in Makati, while her condo is being redesigned by one of her close friends, a top interior designer in town. Mi amiga, I’m happy to report, has never looked happier in her life.

Moral of the story: At this day and age, you can never completely trust even your best friend. It’s the case of the devil and Mrs. Jones.